You need to earn that chicken dinner. Here’s how.

Now that it’s been out for a while in Early Access with a litany of improvement and stability patches it’s safe to assume that if you’re reading this right now then you’ve probably played PlayerUnknown’s Battlegrounds (PUBG). If not, the Xbox One version launches next week.

For those who have been with the game a while, they’ll no doubt have suffered through the initial learning curve before figuring out some of the best spots to land at the start of a game, and they may have even won a couple of chicken dinners. If you’re still green, then we recommend checking out our initial guide.

But even after reading that, you’re still no expert. 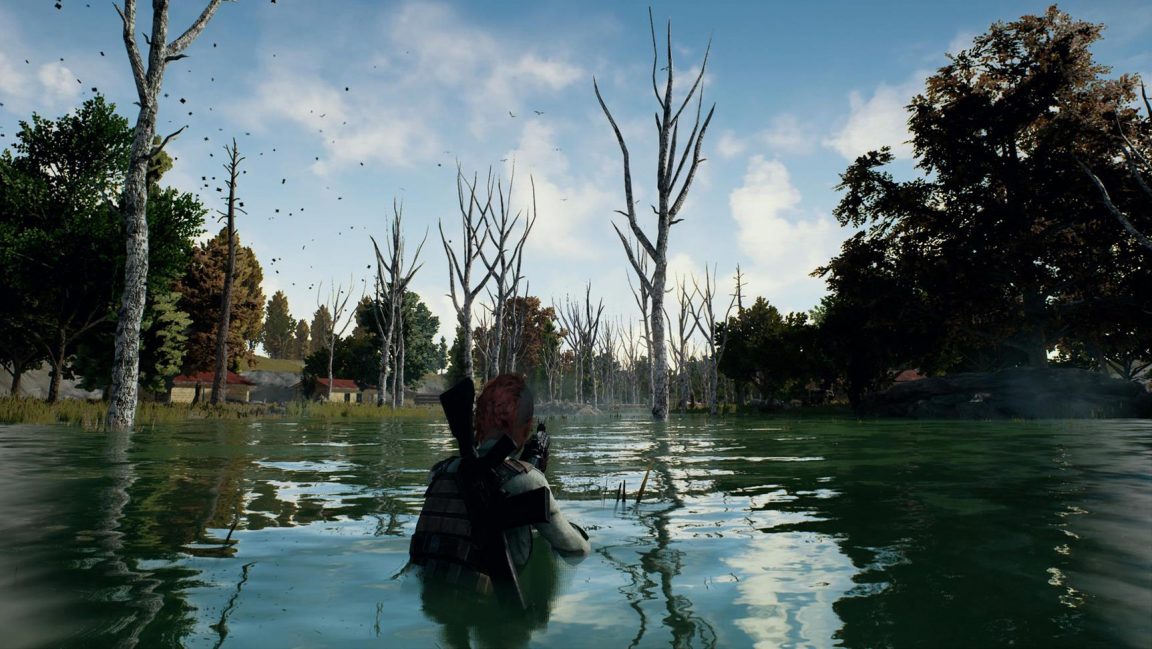 PUBG is a dynamic game so you need to keep on your toes. In addition to the regular balance patches from the developers the very nature of each match means that no two games will ever play out the same way. Lots of things, like gear and weapons, don’t spawn in the exact same spot every match, and where you start is up more so to the will of the imaginary plane pilot than it is your own desires.

Eventually though, things will start to click. You’ll find yourself in the top 20 and top ten more often, possibly winning games more and more. That’s where this guide comes in. We want to help take you to the next level by offering you some of the best advanced strategies to win in PlayerUnknown’s Battlegrounds.

Getting To The End Game

“In most cases you can let everyone else kill each other until you’re forced to open fire. Being a ghost is an excellent strategy even though there aren’t any explicit stealth mechanics available.”

The first step towards reliably earning chicken dinners (“Winner Winner Chicken Dinner!” pops up on screen if you’re victorious) is to put yourself in a position where winning is at least possible; that means making it into the top ten consistently. Getting good at PUBG isn’t exactly a science, but there are some surefire ways to at least increase your chances.

For starters, almost all successful PUBG players take their time and play very deliberately. Look both ways multiple times before crossing the street. Check every corner before moving into the open and stop to listen for footsteps and other sounds around you.

In most cases you can just let everyone else kill each other until you’re forced to open fire at the end. Being a ghost is an excellent strategy in a game like PUBG so even though there aren’t any explicit stealth mechanics available doesn’t mean you can’t be sneaky.

How To Survive The Circle

Once you put in enough time you’ll quickly realise that the biggest enemy to your survival isn’t even other players. Instead, it’s the ever-present circle of death that slowly descends upon everyone.

An effective way of dealing with the circle is to stay near the edge and slowly move towards the centre as it shrinks. The benefit to this is that you have your back covered and don’t need to worry as much about anyone sneaking up behind you. The downside is that it’s easy to lose track of time and your surroundings and get stuck in the field that slowly kills you because of how quickly it moves.

Another strategy is to try and anticipate where the centre will be located and start stockpiling gear and fortify yourself awaiting the onslaught from other players. You can also set up shop on the safe side of a bridge and make a roadblock that people have to stop and get across in the heat of the game. That makes them easy pickings if you’ve got a good scope. 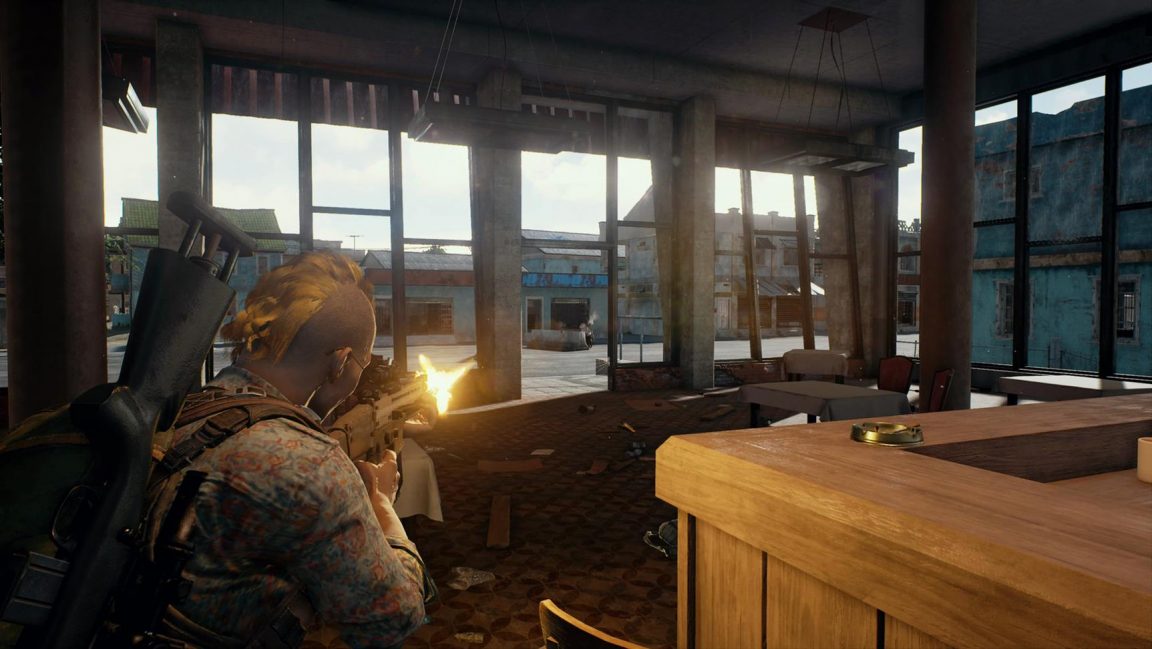 Community member ShatterNL has done an amazing job of curating a consistently updated and infinitely helpful map of the game complete with spawn points for vehicles and zones of the most richly stocked areas. No matter how experienced with the game you are, you should have a tab open on your computer while playing, or on another screen, to easily and quickly reference this amazing map.

The most recent version (v0.8 as of the time of this writing) can be found with and without marked car spawns. Typically, you want to pull up the map at the start of a match, see where you’re flying in from, and decide to jump out towards an area that isn’t going to be too packed full of other players. This way you can get some gear and get out without any trouble.

The best gear in PUBG changes as new items are added and existing items are tweaked – that’s just the nature of a game that’s still being worked on while in Early Access. Additionally, it depends on your playstyle. Some people like to snipe, others like to hide and wait for an opportunity, while others still would rather engage everyone immediately on sight.

Regardless of the weapons you prefer (I lean towards an M416 or SCAR with at least a 2x but preferably 4x scope and other full attachments, a high-magazine shotgun, and high fire rate pistol as my setup) the most important aspect of combat in PUBG is your tactical decision making. This isn’t a run and gun game. You have to stick to cover, flush out enemies, and plan your approach.

For me specifically I try to keep my enemies at medium range so I can take them out with my rifle or switch to a shotgun if they get the drop on me or I’m able to close the distance. I’m not a good enough shot to really be effective as a sniper or at long range. The best gear setup is the one that plays to your strengths above all else.

Solo vs Duo vs Squads

There are three fundamental ways to play PUBG: Solo, Duo, and Squad. In Solo you’re predictably all alone, while in Duo you’re joined by a partner. Squad supports up to four players total. The nice thing about playing with others is that it not only increases your chances of survival because you can work together and revive one another, but it also means you win as a team as well.

Most people get their first few wins in Duo or Group because you can cooperate and increase your effectiveness as a squad, but moving on to try Solo play feels like the ultimate goal of most PUBG players. Earning a victory over up to 99 other people in a fight to the death feels incredibly satisfying.

The biggest difference in Solo play is that you can’t rely on anyone else to spot enemies coming from angles you can’t cover so you’ve always got to be on the alert. Laying low, staying quiet, and waiting for the right moment to strike in all instances is the only way to increase your chances of survival.

But playing solo does result in a lot of boredom for some matches. To be frank, there’s a lot of running around with nothing to do, waiting for the circle to get smaller, but when you do finally win a Solo game it results in the most delicious chicken dinner of all.

To return to the rest of the PUBG Xbox One guide, hit the link. Be sure to check out our other guides, you might learn a thing or two.