If you’re after a cheap Xbox One and live in the US, this is a pretty fine deal.

The combo on sale at Walmart includes the 500GB ‘Storm Grey’ edition of the console, along with a copy of the game and a month of EA Access.

The bundle currently costs $199 before tax and shipping. 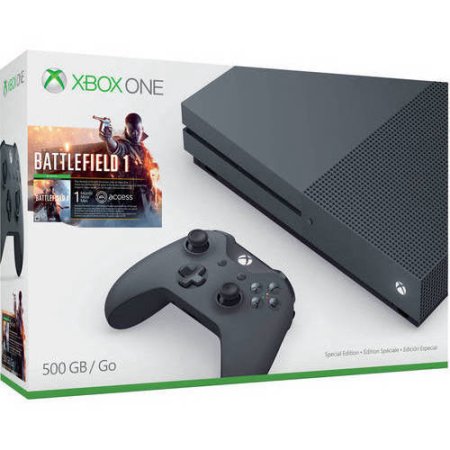 This is, of course, the S model of the Xbox One. The Xbox One X, which releases on November 7, will retail for $499 by itself. The X is seeing high preorder numbers, but all games released with Xbox branding going forward will work on the original Xbox One model as well (until the Xbox Two or Xbox Four or whatever).

In any case, if you don’t need a fancy 4K machine and would just like a machine capable of playing Microsoft’s exclusives, this is a solid deal.