The PC version of Final Fantasy 15 will take up quite a bit of space on your hard drive, according to early specs, but who cares as long as mods are supported, right?

According to early recommended specs for the PC version of Final Fantasy 15, the game will take up a whopping 170GB.

This bit was revealed in the description of a launch trailer for the PC version, which was apparently pulled. Luckily, Twitter user Nibel hit the print screen key for everyone.

Again, what you see below could be the early specs for PC, as these tend to change closer to release for many games. Just keep that in mind for the time being, along with the fact minimum specs haven’t been provided either.

As previously reported, the PC version will feature all sorts of Nvidia tech such as Hairworks, Ansel, ShadowWorks, Flow, and others. It will also run in both native 4K and 8K with HDR10.

Below you will find the list of Nvidia GameWorks technology which will make the game super lovely on PC, per Square Enix. 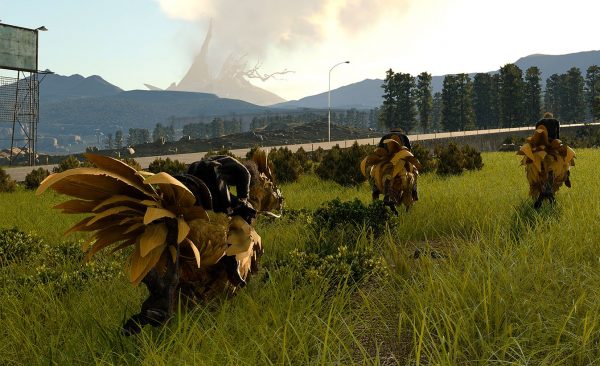 Final Fantasy 15 on PC will also allow players to explore the world as Noctis in first-person mode instead of third-person if preferred which should make things rather interesting.

Now, about that mod support bit.

According to game director Hajime Tabata, Final Fantasy 15 will for sure contain mod support, but at present, discussions on the modding policy haven’t concluded. More information should be made available this fall.

“We definitely want to do it,” Tabata told RPS. “We haven’t actually managed to get our full modding policy or discussions on that finished but at the moment we do really want to do it. We’ll have the full details around autumn time.”

Tabata isn’t sure whether mod support will be available at release or later, but he wants to make the feature available as “quick as possible.”

“I think a lot of people do want the mods as free as possible, and with as few limitations from our side as possible,” he said. “So, we are going to look into making that the kind of system we have for the mods, so we’ll have to figure out all the technical terms around that.”

Final Fantasy 15 will be released on PC in early 2018 and will include all free updates and Season Pass content.