Yaiba: Ninja Gaiden Z is also getting the comic treatment; the third such announce in the last week and the second from New York Comic Con this weekend.

The comic will reveal "essential pieces" of the Yaiba: Ninja Gaiden Z world through a series of three vignettes, and will be released for free in digital form on Dark Horse's website and mobile app. No release date was given.

A full-colour print version will be available alongside the game early next year.

Tim Seeley (G.I. Joe, Lovebunny & Mr Hell) and Josh Eamons wrote the comic, while the art was supplied by Rafael Ortiz. The teaser image below was released at NYCC, too.

Dark Horse is also doing a comic for The Witcher, but is not involved with Dark Souls 2's tie-in graphic novel. 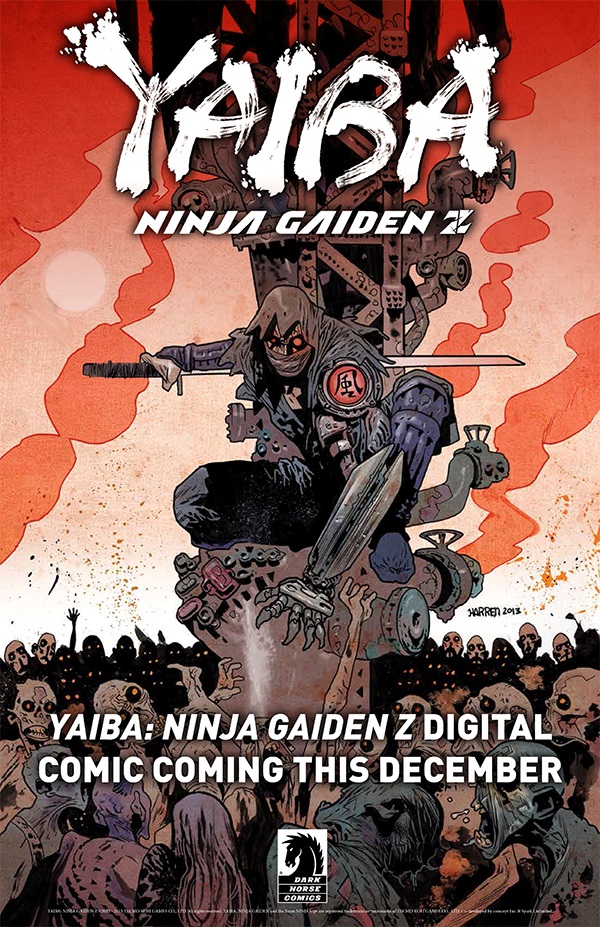