Microsoft has reported its financial results for the first quarter of fiscal year 2018.

For the quarter ended September 30, Microsoft reported revenue in the More Personal Computing sector, which Xbox is housed, at $9.4 billion. This is relatively flat compared to $9.3 billion reported in Q1 2017.

Gaming revenue for the quarter increased 1%, to $1.896 billion compared to $1.885 billion year-over-year (yoy) with Xbox software and services revenue growth of 21% offset by lower hardware revenue.

The 21% uptick was attributed to continued momentum in digital distribution and strong game title performance.

Xbox Live users were up 13% to 53 million compared to 47 million yoy. These numbers cover Windows 10, mobile and Xbox One.

"We expect revenue growth from the launch of the Xbox One X console and continued healthy growth of software and services revenue," said Microsoft CFO Amy Hood in a forward looking statement. "In Q2, the higher mix of gaming hardware revenue will significantly impact both the segment and company gross margin percentages." 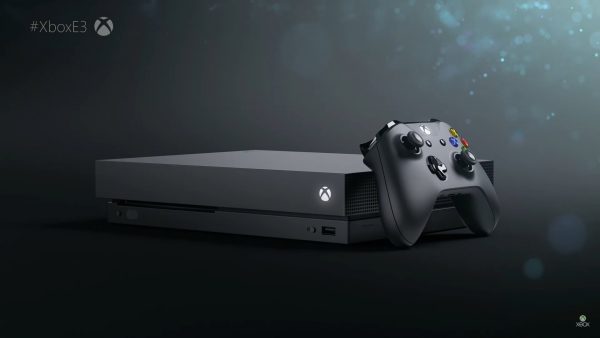 For previous financial results, hit up the following links:

Microsoft will release its updated Xbox One console, Xbox One X on November 7. We'll be interested to see the effect it will have on revenue and games growth when Microsoft reports its Q2 FY18 results in early January.

The console will have been on the market during the entire holiday shopping season by then, along plenty of game offerings.