UK fans jealous of the Taco Bell Xbox Series X giveaway in America won't have to feel that way any longer, as Microsoft is bringing a similar promotion to the country.

KFC is giving away Xbox Series X consoles from October 19 to November 15. The promotion is available in Great Britain to people 16-years-old and above. To enter, you need to buy any of KFC's Box Meals. You can only enter once per day, however. There's a set of terms and conditions you should consult.

More interesting than the console giveaway itself, is the fact that KFC is also has its own custom Xbox controllers. If you don't win a console, you may get one of those instead, though we're not sure if you'd want to keep it.

There's only one picture of it, and it has KFC's famous 'finger-lickin' good' slogan (except it's "clickin,'" cause gaming), and the KFC Gaming brand (which is a real thing) all over it, right next to chicken buckets and chicken pieces. Here it is (via Hot UK Deals): 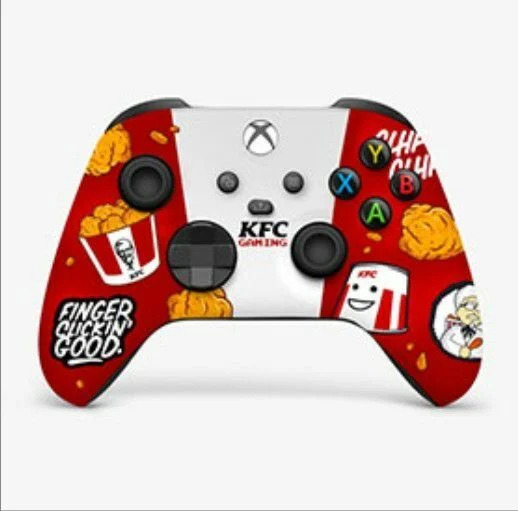 You can learn more at KFC's official site, or watch our Xbox Series X/S pre-order guide for updates on when stock becomes available at retailers.