Blizzard’s cultural behemoth celebrates its 15th birthday this year. That World of Warcraft has remained an unstoppable force for so long is nothing to scoff at. It's a game that spawned dozens of imitators while becoming a flagship for the dangers of addictive behaviour in videogames. Politicians, tabloids and cussing cartoon kids have all had something to say about World of Warcraft.

It's one of those games, the ones that cause a seismic shift in culture. It's the game I grew up with, one that's brought me cherished friends and absolute misery. If you owned a computer from 2004 onwards, I'd wager you've at least fired up character creation.

Its existence is baffling - an official product that lauds World of Warcraft's modern trappings as readily as it threatens them. 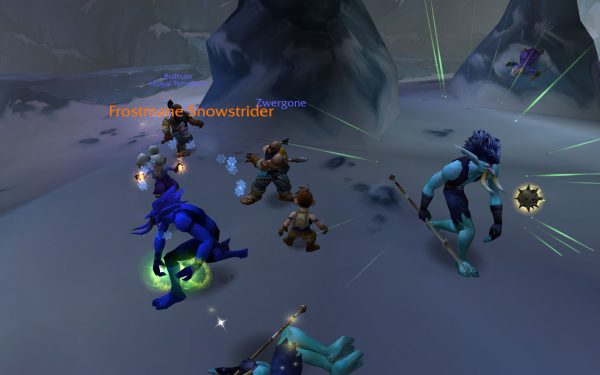 World of Warcraft (and the MMORPGs it inspired) has long outgrown the punishingly slow pacing of its roots. Blizzard’s first stab at the genre might have been hailed (and condemned) as an accessibility revolution for the genre, but it's only gone further since. Modern Warcraft may be bloated with superfluous systems, but the core loop has been stripped to a lean beast.

Contemporary Warcraft wants you to burn through its questing as rapidly as possible. Levelling feels redundant. A formality, really. 120 levels of making sure you know all the buttons before plugging into an obsessively-refined endgame loop. I kinda liked last year's Battle for Azeroth, but still fell off within a month or two because of a demanding - flawed - endgame.

It's also entirely possible to just get lost. You're rarely pointed in a clear direction, and quests will often send you traipsing across the world. New missions are scattered across vast open spaces, and you won't be saddling-up a steed until the final third of your adventure. 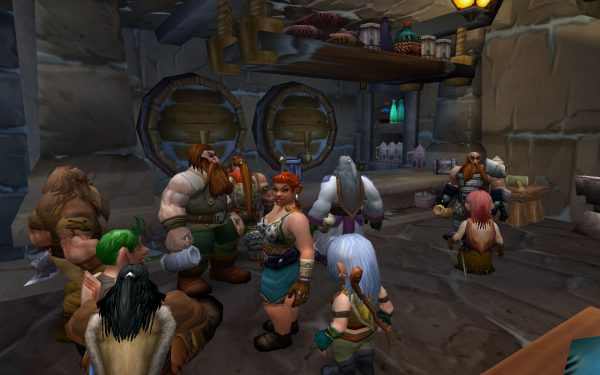 Out in the open world, these are relationships of necessity. It’s fun teaming up to bash hordes of gnolls, but that’s because trying to do so solo is hellish. Parties help avoid the pain of “tagging” enemies - a system where the first person to sneeze on a goblin gets all the loot and XP.

Because the alternative is a grind in the most real sense, these pick-up groups tend to be quietly friendly affairs. I spent a good hour in a single Loch Modan clearing with four strangers, culling the local Gnoll population until enough of them dropped their teeth. It was a slog, aye, but it was also the most time I've spent cooperating with strangers in Warcraft for a solid decade.

Even getting lost isn't entirely the disaster it may seem. Modern World of Warcraft is bursting with content, a true "theme park" MMORPG. Each expansion feels less convincing as a place than yet another wing of fantasy Disneyland. Compared to what Warcraft became, Classic feels practically barren.

No, trust me, that's a good thing.

Kalimdor and the Eastern Kingdoms are vast, dangerous expanses. Hubs are few and far between, flight paths even rarer. Travelling cross-continent is a huge undertaking, and a significantly fatal road to walk. Blizzard might have gotten properly good at creating beautiful vistas as expansions go on, but Classic's bold visuals help carry an old game into the future.

Flying mounts, faster horses and more abundant flight paths would gradually steal the scale from World of Warcraft. In Classic, it's all there. 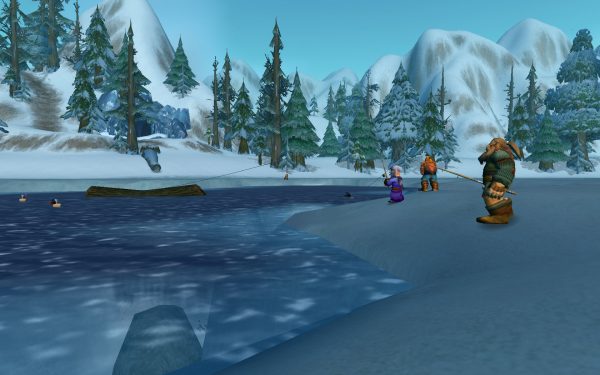 In 2019, Classic is maybe the more appealing Warcraft for me. It's best enjoyed, curiously, as something like No Man's Sky: a massive, sparse open world dotted with dangers, treasure and adventure. One that's a bit too stretched-thin with dated jank to enjoy without popping on your favourite album. It resists being power gamed, encourages fleeting partnerships with strangers, and wants you to take your time soaking in the mood.

For others, it's a challenge. Right now, thousands of adventurers are already gearing up for incoming raids, battlegrounds, world bosses and warfare. Blizzard may have overcompensated on streamlining content, but I'm genuinely curious if anyone is really gasping for 40-player raids and 3-day-long Alterac Valley rounds to return. Who has the time?

I'm more interested in seeing what happens next. Old School Runescape has proven you can resurrect an old MMO and spin it off into something new. Blizzard was understandably cagey when pressed on this, but I'm keen on seeing what happens when the well runs dry on established content.

Where you fall on that likely depends on your existing relationship to World of Warcraft's long and storied history. Classic lacks Wrath of the Lich King's grand scale of storytelling or Legion's freeform questing. It also lacks the bloated nonsense and spiralling melodrama brought about by each passing expansion.

What am I supposed to say about World of Warcraft Classic? That you probably already know if it's for you.