One of the things Wolfenstein 2: The New Colossus was criticised for was its level design.

The areas you creep and fight through didn’t seem like they were built to facilitate either sneaking or fighting. Arenas rarely looped around, and there were barely any vantage points or crawl spaces in sight. Exploration felt more like, well, getting lost.

In comes Wolfenstein: Youngblood, a side project from MachineGames, co-developed with Arkane Lyon, developer of Dishonored 2. You can see that influence immediately, from the wide, cover-strewn streets to the jutting balconies and explorable building interiors. You can see it in every ventilation shaft, or every time you find yourself up somewhere high, peering down on the Nazis below. There’s even a door which requires the code '0451' to unlock. 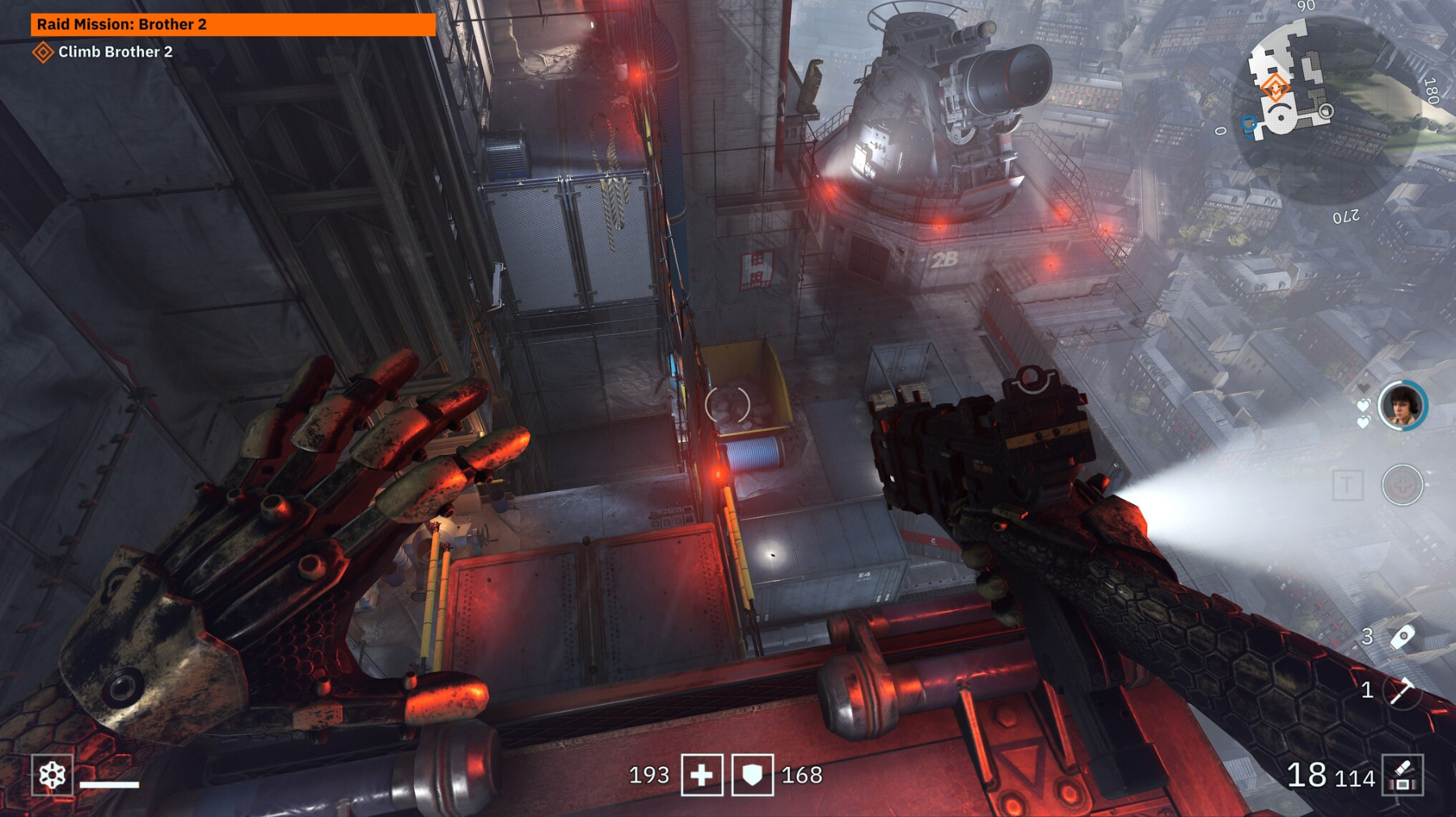 Youngblood doesn’t have any such surprises. Instead, it takes you to Paris and settles you into the same handful of districts for the duration. You constantly backtrack through the same spaces, fighting endlessly respawning fascists - it’s like playable Twitter.

It’s not a problem in itself - this spinoff is going for something new. It’s a co-op game where you level up and farm experience from the skulls of ubercommanders. It’s focused on the moment-to-moment gunplay over the story, which amounts to five main missions, culminating in an infuriating boss encounter where barrages drop in, the boss takes seemingly endless punishment, and the two sister protagonists scream the same voice lines on repeat. 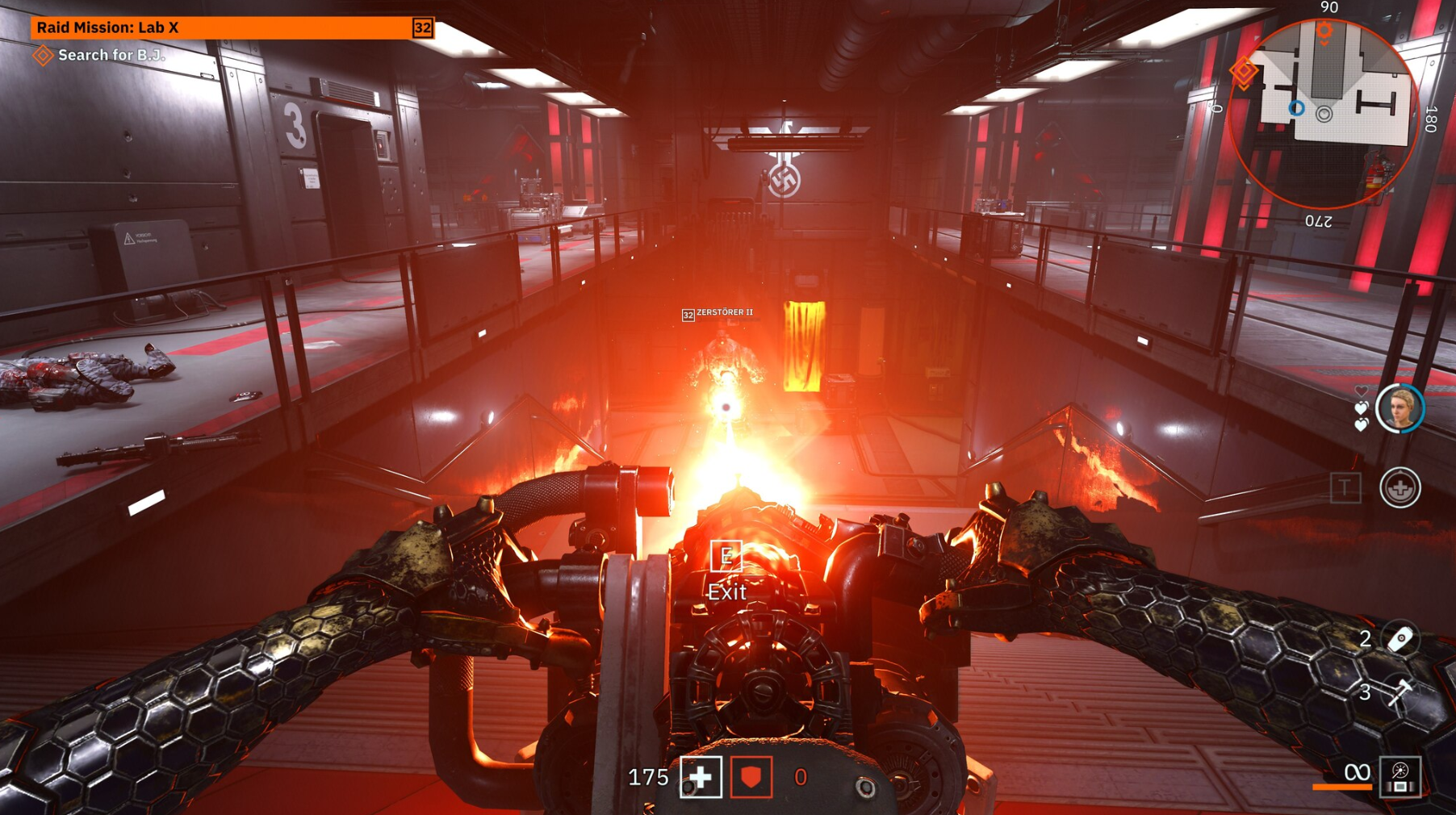 When I spoke to MachineGames earlier in the year, the developer said the story was going for a lighter tone - something akin to The Goonies. You play as BJ Blazkowicz’s twin daughters, Jess and Soph, as they try to track down their dad while wearing superpowered suits. The sisters are dorky and likable, but they don’t get enough screen time for you to really get a grasp on their personalities beyond that. One of the things that makes BJ himself so compelling is how you’re privy to his internal monologue - it gives us a deeper insight into his psyche. By the end of Youngblood, you only really know two things about Jess and Soph: they love their family, and they’re really into an English adventure novel.

The main issue I have with Youngblood is not its length or repetitious missions design (this isn’t a full-price game, after all), it’s that it doesn’t facilitate all of its gameplay pillars. When it comes to shooting, you’ve got an entire weapon wheel of guns. Different ammo types melt different armour types more efficiently, and the best players will constantly switch between weapons depending on what they’re up against. Bigger enemies also have weak points where you can concentrate your fire to blow off a cannon, or burst a fuel pipe. The gunplay, as always, is brilliant - there’s nothing quite as satisfying as taking off the top half of a Nazi with a shotgun. Catharsis! But when it comes to stealth and teamplay, it’s lacking.

Despite the improvements to level design, you’re still limited to creeping up for silent takedowns or using throwable melee weapons from a distance. There’s also a cloaking device, but its severe time limitations mean you often use it to get in a cheeky kill before the fight kicks off proper. With Arkane’s input, it would have been nice to see stealth fleshed out a bit more with distractions, traps, or agility-based sneak attacks.

Teamplay is just as underbaked. You can revive each other, you can concentrate fire on the biggest threat, and you can ping each other health and small damage boosts. Though the level design allows both of you to enter arenas through different entrances, attacking from various angles, enemies soon spawn in from every direction anyway, negating any effort you put into your approach. 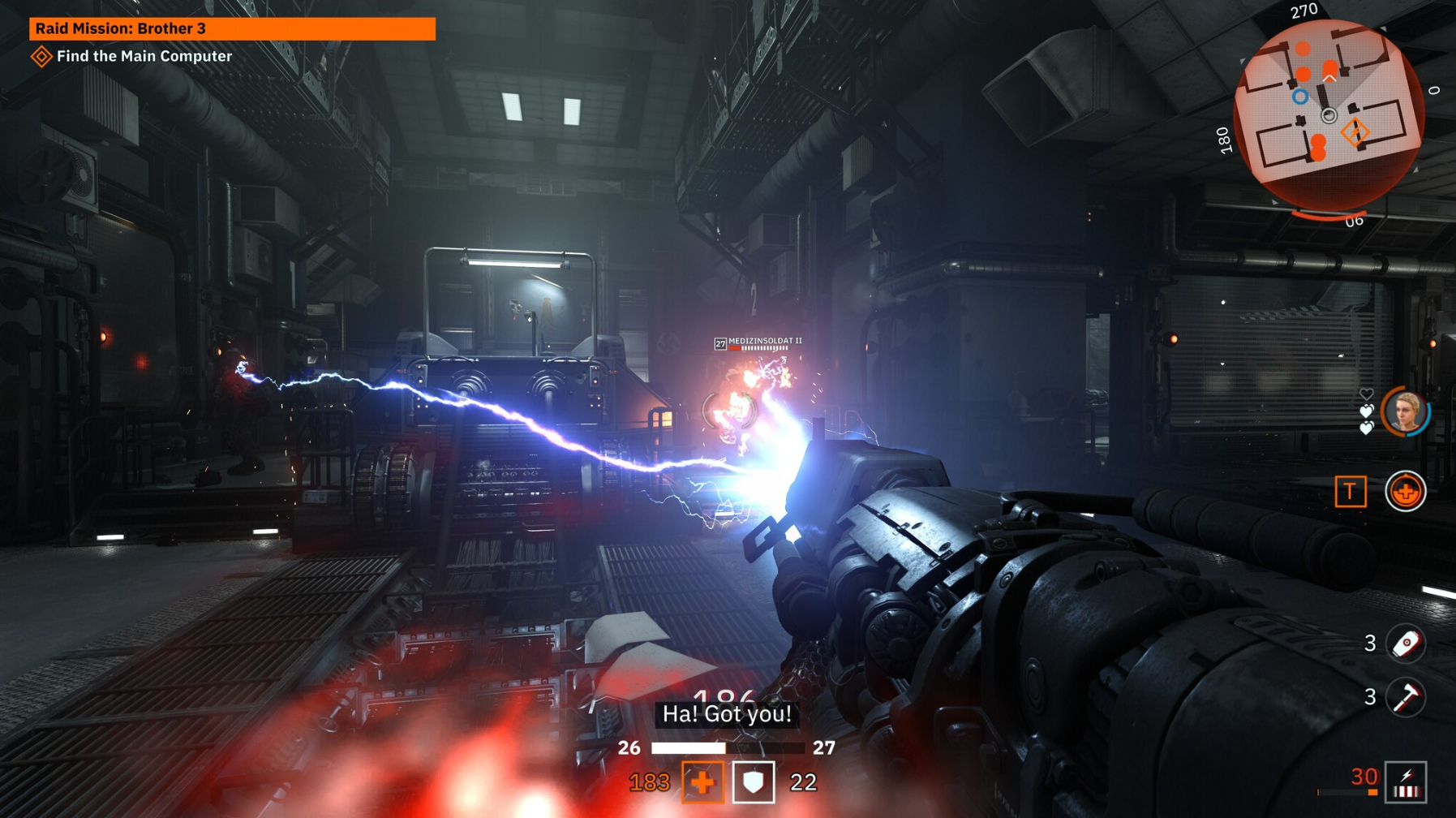 Saying that, you do appreciate the help of a human ally once you’ve played Youngblood with the AI. I tried out a few hours in single-player to get a handle on how it would be for solo players and I found the AI constantly infuriating: refusing to revive me, standing still, forever needing to be revived. The only thing the AI is good for is pepping you up with those health boosters and always being there instantly whenever you need to open a gate, since actions that exit levels require both sisters and humans are slow and annoying (sorry, Alex).

There are a couple of other small issues that bothered me as well. For one, this level design upgrade is great and all, but why can’t I expand my map to see it all? Objective markers only get you so far, and the minimap can often make you think you need to go in the complete opposite direction. Another issue I had was when I reached the lass boss and realised I was under-levelled - there was no way to exit the boss to grind out some side missions. In the end, I had to join another person’s game and boost my character up that way. If I didn’t have a friend to do that with? I have no idea what I would have had to do. 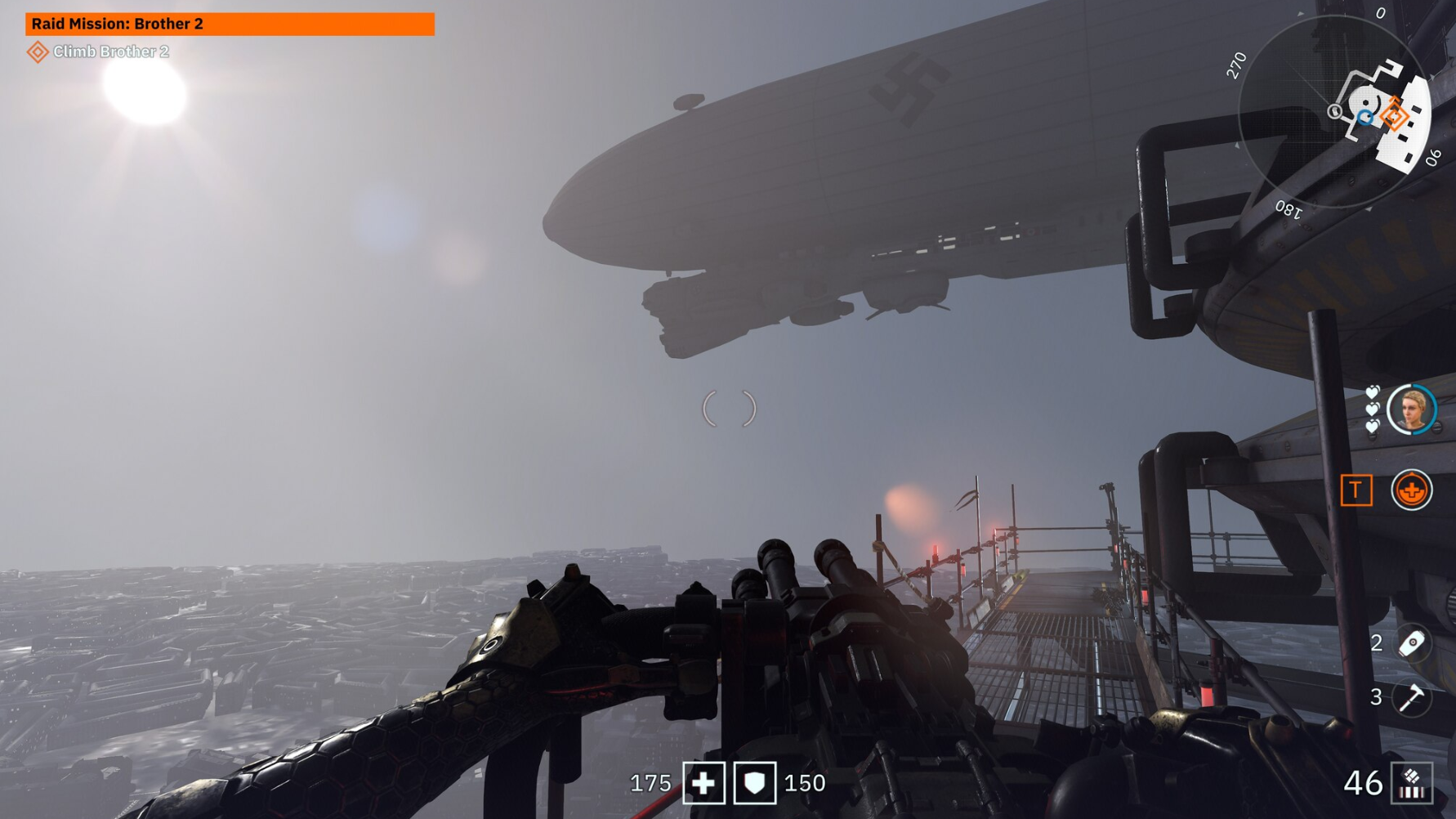 MachineGames never claimed this was a full sequel, and this does feel like a spinoff title. Most of its good points are inherited from the last game, and while the excellent level design improvements are welcome, there’s not enough variety to get the most out of them.

I adore New Order because it was the first game to remind me of Half-Life 2 since Half-Life 2 - it was constantly changing things up, moving from mechanic to mechanic to keep you invested. It had moments of quiet to make those pulse-pounding gunfights really pop. New Colossus seemed to lose a bit of this variety, but it got away with it by having such a strong, consistently surprising story to fall back on. Youngblood doesn’t have either of those things.

If you’re looking for a bit of a mindless romp with a pal, it’s worth ten hours of your time. It’s coming out at a reduced price, and your friends can play with you for free even if you own a single copy between you. After all, we could all do with a bit of catharsis in these trying times.