The creators of HBO's Westworld explain some of the similarities between video games' biggest stories and their TV show. 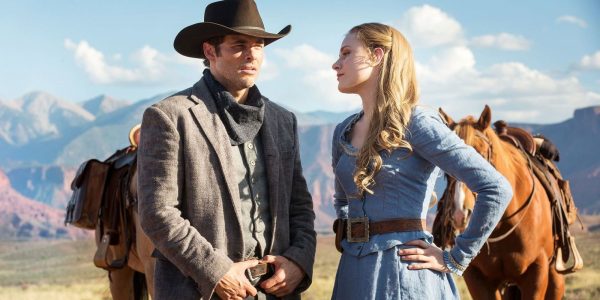 Westworld, the TV adaptation of the 1973 film, explores some key themes that are common in video games. In particular, the series shows how different people act differently in virtual worlds. Some choose to obey the laws, while others live out the fantasies they can't do in the real world.

Speaking at New York Comic Con, creator Jonathan Nolan likened this to what players do in GTA games. "My wife is the world's most boring Grand Theft Auto player," he told the audience, as reported by Polygon.

Co-creator Lisa Nolan had a different opinion, "The city looks beautiful if you just slow it down and take your time," she said.

"The way that we act in our simulations is not [...] how we act in the real world. That binary aspect of [The Man in Black's] personality is something we're exploring," added Jonathan Nolan.

Jonathan Nolan also spoke highly of Bioshock, calling it "amongst the most literate and thoughtful pieces of entertainment" he'd seen in the last ten years.

The creator recalls a particular video in which Bioshock creative director Ken Levine mentions writing entire conversations between NPCs that most players may not even notice. This element of non-central characters (called Hosts in Westworld) having their own routines separate from player interaction is definitely something the show shares with games.