Wasteland 2 developer inXile Entertainment has released a new in-engine shot of its post-apocalyptic strategy title, along with two new pieces of character art. 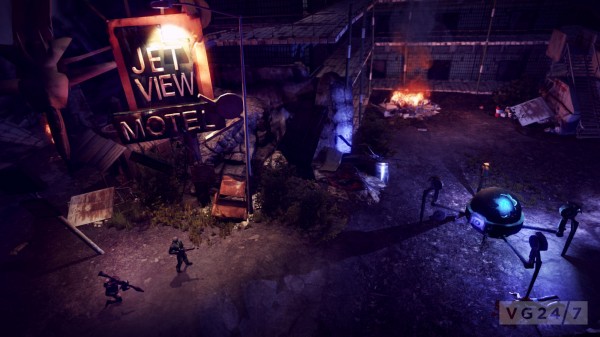 The image shows an area of the game's world called Damonta. It's a little town full of motels and diners, named after the nearby Damonta Air Force Base, and it's a hotbed of scavenging - when the radiation clouds aren't making it a death trap, mind you. Hit up the Wasteland 2 Kickstarter page for more details on the area.

The studio has also released two pieces of character art. We've got them below.