Titanfall and Destiny were recently predicted to give "review-proof" shooter series Call of Duty and its competitor Battlefield a real challenge in 2014, but can their dominance truly be dislodged? VG247's Dave Cook discusses. 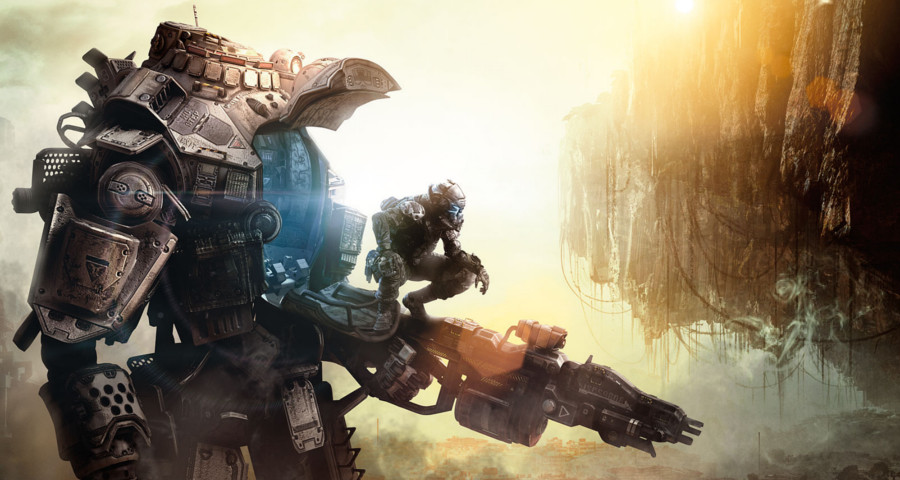 ”It’s no coincidence that I see countless gamers saying they just skip shooter campaigns and head straight to the online lobbies in these games. Something needs fixed.”

Last week, Cowen & Company analyst Doug Creutz labelled Call of Duty "review-proof," and stressed that while Call of Duty: Ghosts reviews were notably down on previous instalments, the series will continue to sell regardless. However, he predicted that newcomers Titanfall and Destiny will pose a real challenge to Activision's franchise and Battlefield in 2014.

It followed comments from Avalanche Studios founder Christofer Sundberg, during which he said that Call of Duty: Ghosts and Battlefield 4 together marked, “the end of an era”. He added, “I don’t think there is room for both unless they are drastically different and publishers find new ways to monetize the players."

I've seen many gamers sharing in these views since both titles launched, and the feeling I get from some quarters is that a lot of you are bored with the current shooter pack. As you can see from my current-gen appraisals of Battlefield 4 and Call of Duty: Ghosts, I felt they were both very 'safe' releases. At the risk of triggering immense wrath from fans of either franchise I'm happy to say that - to me - they both felt like trans-generational seat warmers that brought little in the way of true innovation to the table.

This isn't to say they're not fun of course, but I really do think we're entering a strange phase in the gaming landscape where long-established franchises will need to work much harder to earn your £45 come launch day. With Call of Duty in particular, I found Ghosts to be a game full of changes for change's sake and ultimately this marred a lot of the goodwill Treyarch bought with its attempts to expand the format in Black Ops 2. Love or hate that game, it's ludicrous to discount their efforts given how entrenched the series template has become. It was a brave first step that has become largely ignored.

Essentially, Riley the Dog is that plastic Tony Hawk SHRED board or the character super-powers in Guitar Hero: Warriors of Rock. He's a pedestrian mechanic labelled as somehow revolutionary or game-changing, when really it's just another new bullet point to put on the box. It doesn't mean anything. What we need is real change that actually furthers what the franchise is capable of and not just some filler to keep us hooked for another yearly round. I absolutely believe Activision can do this, and I'll explain why I'm hopeful further on.

In Battlefield 4, I felt multiplayer in particular suffered on current-gen (I'm yet to play it on next-gen, but I hear it's superb). The lowered player cap is a joke, the launch week bugs were irritating, the surface destruction feels weak compared to Bad Company 2's map-flattening chaos and the campaign was better than the third game's but still left me wanting. In fact, both campaigns might potentially underline exactly why Titanfall's campaign-multiplayer hybrid makes an incredible amount of sense. It's no coincidence that I see countless gamers saying they just skip shooter campaigns and head straight to the online lobbies in these games. Something needs fixed. 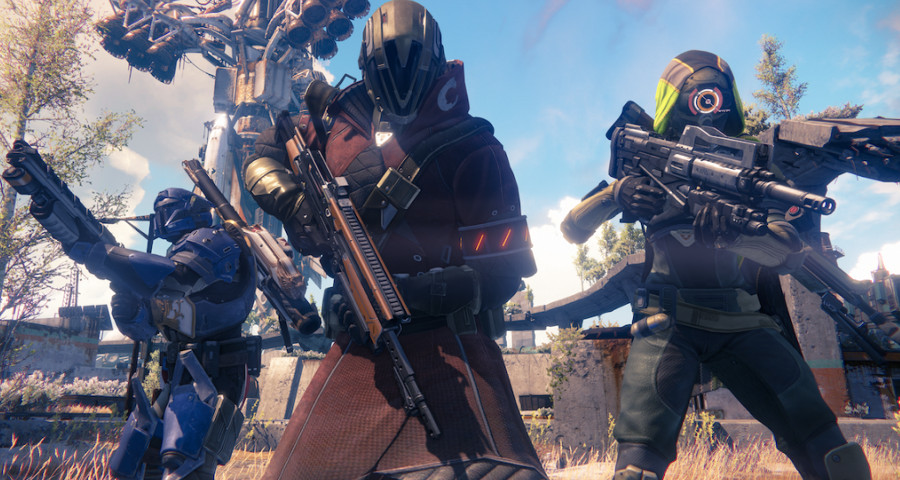 ”I understand precisely why Call of Duty: Ghosts and Battlefield 4 haven’t re-written the formula this year. It’s because 2013 has proven to be an expensive, risk-laden minefield that also happens to have acid-tipped barbed wire running through it. Said wire is also invisible.”

It'd be far too basic to suggest that simple campaign-multiplayer convergence will somehow fix everything, because these things are always cyclical. Today, some feel that the rot has started to set in among the blockbuster military shooter campaigns, but I guarantee that an only-online story model would start to grow tired over time. It's a natural process. Things change, and we get bored. It's only a matter of time before gamers start complaining about how familiar Titanfall 5 or Destiny 8 are. It's just the way we are.

But will those games run roughshod over Call of Duty and Battlefield on release? Personally, I feel the prospect of always-online campaigns to be something of a seismic shift in the making. Many of us still don't like the idea of persistent online, but I reckon it'll hit home for all but a few drastically turned-off players. Put it this way; I'd imagine studios are going to save a shit-ton of cash by rolling their online and narrative components into one and if Titanfall's method is proven successful I wouldn't be surprised if other franchises follow suit.

Respawn Entertainment has been accused of making 'Call of Duty with mechs' a few times on this site and I have to be brutal here and just say that's utter bollocks. Sorry, but it just is. At base level it's a twitch shooter like Call of Duty sure, but the parkour mechanic alone demands a huge shift in your mind-set. The Titans themselves are just a colossal added bonus, delivering tension and explosive insanity in spades. Plus, it's a technical dream on Source. Truly exciting stuff and I haven't been getting excited about new games easily in recent months. I just feel there's a glut of 'me too' stuff out there in console land right now that's really wearing thin.

Destiny is equally as exciting in that it delivers a universe of epic scope and invites the world to connect-up and share in that experience. While the squad counter is maxed at just three, massive live events and the grand scale of both the player-base and environments offer much to write home about. I haven't played it yet, but I've seen it, and it's certainly intriguing. Bungie might be reluctant to utter "Destiny" and "MMO" in the same breath but it's basically Guild Wars 2. A big, shooty, visually arresting, refreshingly different game of Guild Wars 2. On Console. With guns. And explosions. Guns.

So let's go full circle on this now. I understand precisely why Call of Duty: Ghosts and Battlefield 4 haven't re-written the formula this year. It's because 2013 has proven to be an expensive, risk-laden minefield that also happens to have acid-tipped barbed wire running through it. Said wire is also invisible. From memory, this has been one of the industry's toughest years since I started doing the whole writing lark Now is not the time to be throwing money at untested things or trying to reinvent the wheel. It simply wasn't viable for many outfits. 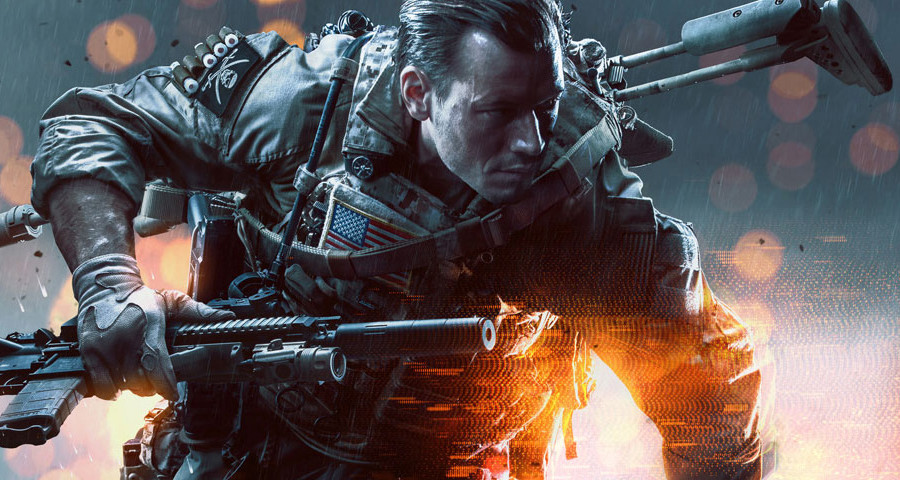 When Call of Duty: Ghosts was announced last year I expressed concern that it was going to be the 'stop-gap' before we see Sledehammer Games' as-yet unannounced project revealed. The first part seems to have come true. If I were the betting type, I'd say that it's working on the first fully-next-gen Call of Duty title exclusively for PC, PS4 and Xbox One. I genuinely feel this one in my gut, and I wouldn't be surprised to hear DICE announcing Battlefield: Bad Company 3 for those formats in two years. True innovation takes time and money, both of which are resources few teams have had this year.

You've seen it whenever next-gen titles like Ryse drop multiplayer features at launch, and when games like Watch Dogs and Driveclub get delayed. Teams and publishers are pressed, problems will be encountered and those incredible, intelligent people spending the majority of their days making the games you love to hate are trying to figure out answers to the industry's biggest problems.

Stagnation and the key to survival are just two problems currently facing many annualised or bi-yearly franchises. While I feel that Destiny and Titanfall will inject some much-needed 'new' into the industry, and convince many of you to jump franchises, it's only a matter of time before DICE and the Call of Duty teams unveil their true next-gen prospects. At that point, it's anyone's to play for. Will current-gen franchises stumble as the new juggernauts emerge? Most certainly, but to say they'll die off is premature.

Competition is healthy, we all like choice, and if new games make the veteran franchise-holders try to up the quality of their own products then surely we all win. Keep one eye on the shooter pack in the next three or four years. It's going to become a very exciting, interesting place indeed.