These eyes can't be broken, so they're just going to have to be moved. 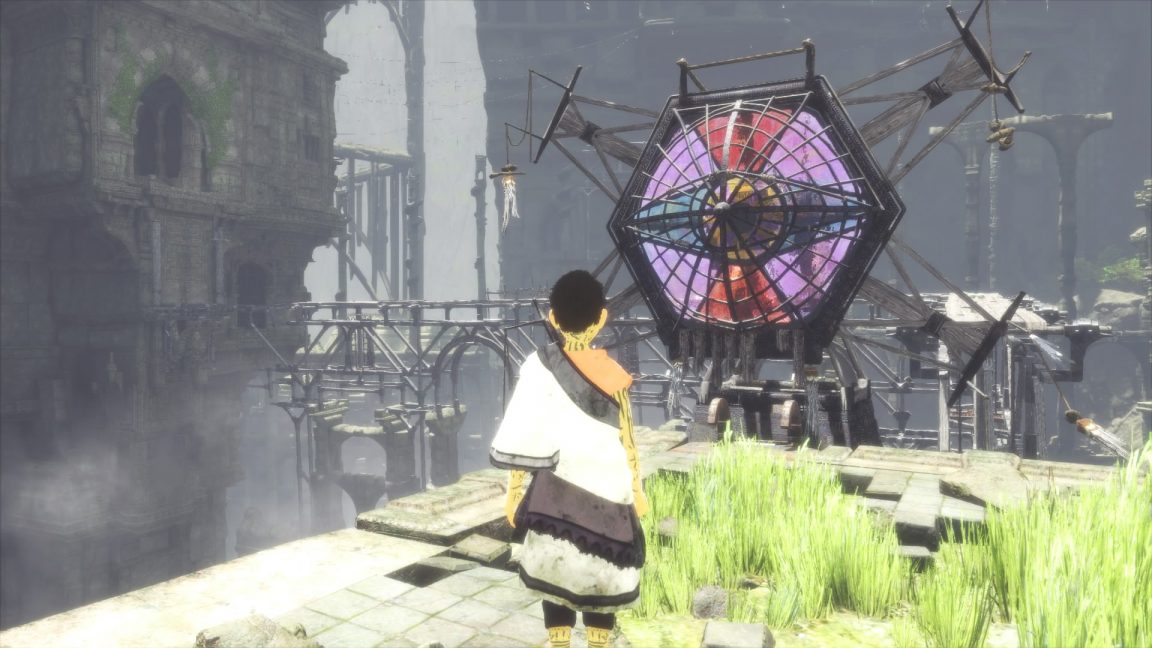 You're now outdoors facing a more detailed stained-glass eye, which is behind protective metal and mounted on a track.

How to cross the collapsing bridge 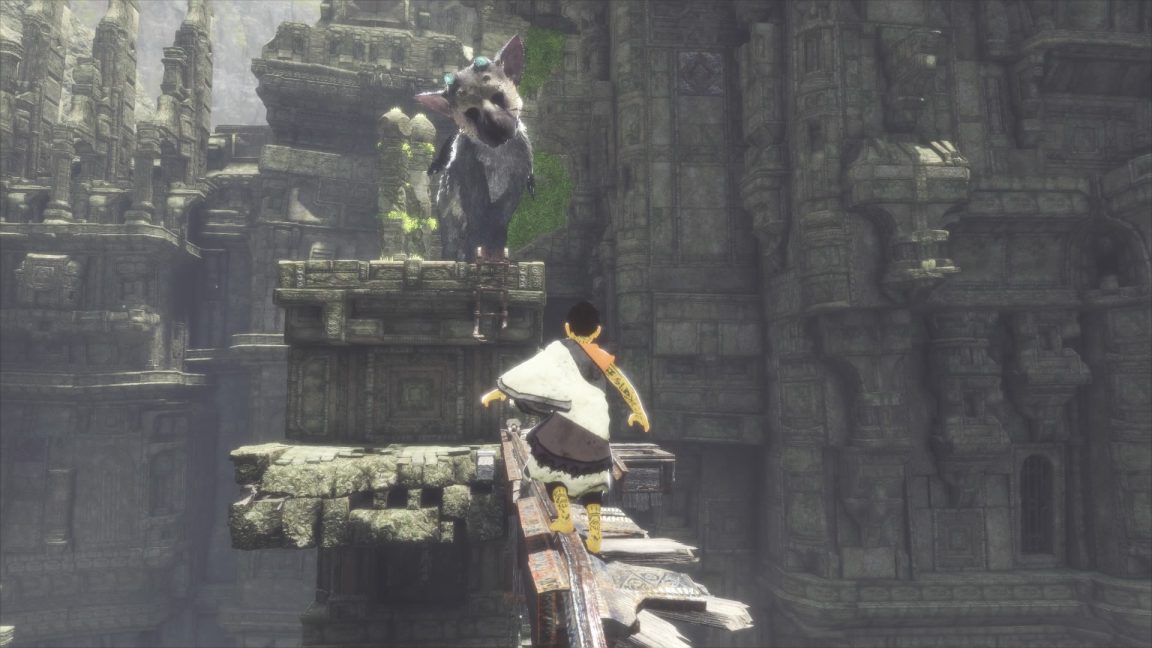 Climb down and push it until it falls off the end of the track, then walk back along the track that's left and encourage Trico to jump by pressing R1 and triangle. 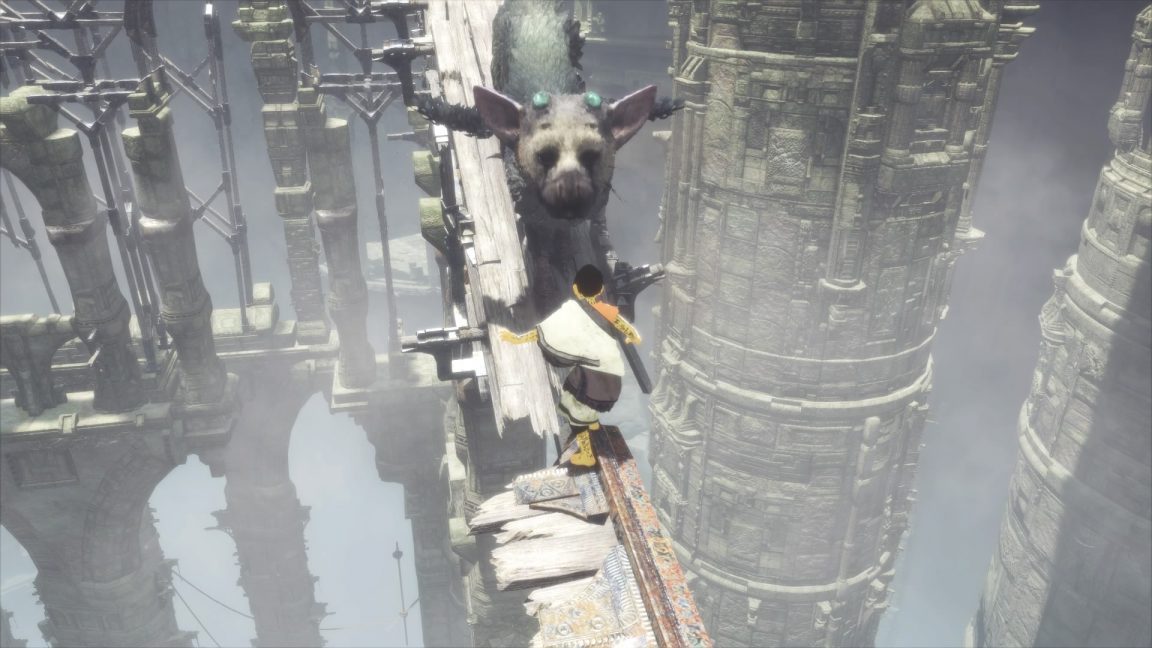 Once it's over the other side, walk along the track towards and leap at Trico, who will catch you. 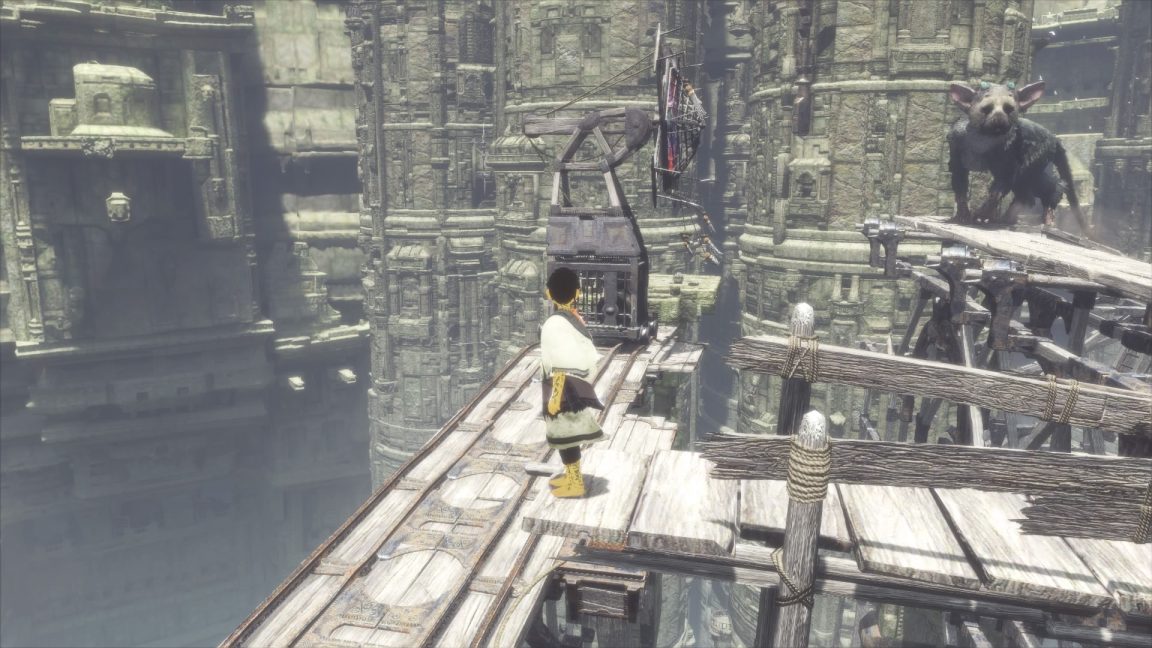 Now follow the wooden platform and climb down to the second eye, pull it towards yourself and move out the way as soon as it starts rolling. Once it's past you, run up to the stone platform and jump towards Trico before that collapses too. 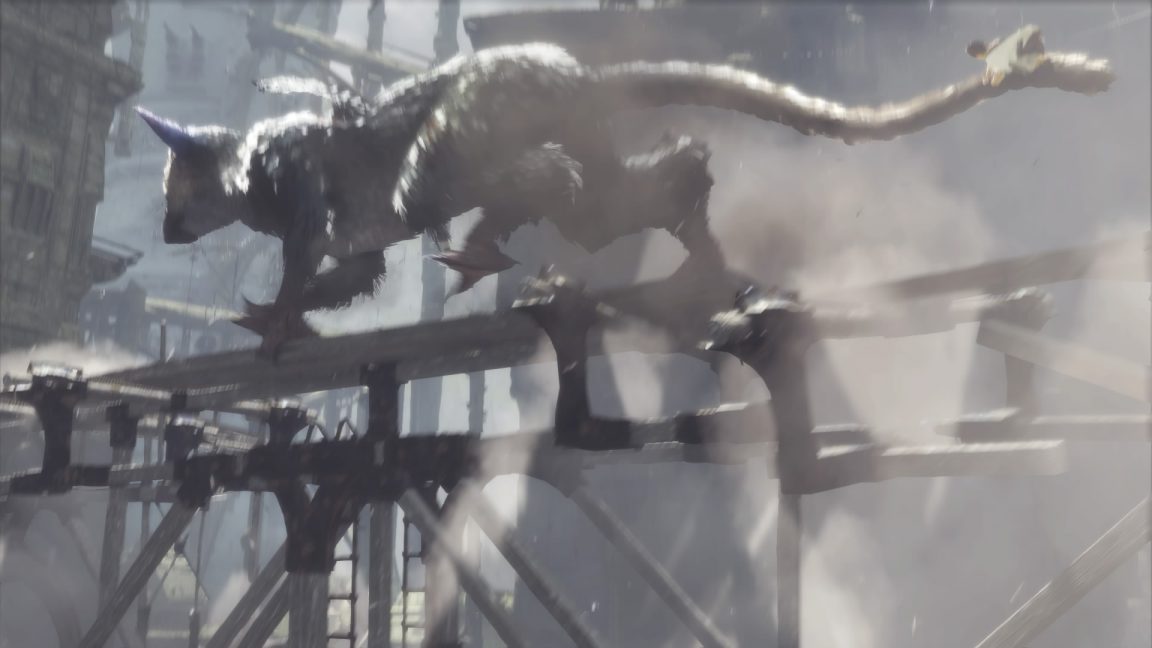 Trico sprints to the end of the platform and leaps. Climb up his tail to his head, jump off onto the small platform and throw the vase out the way. 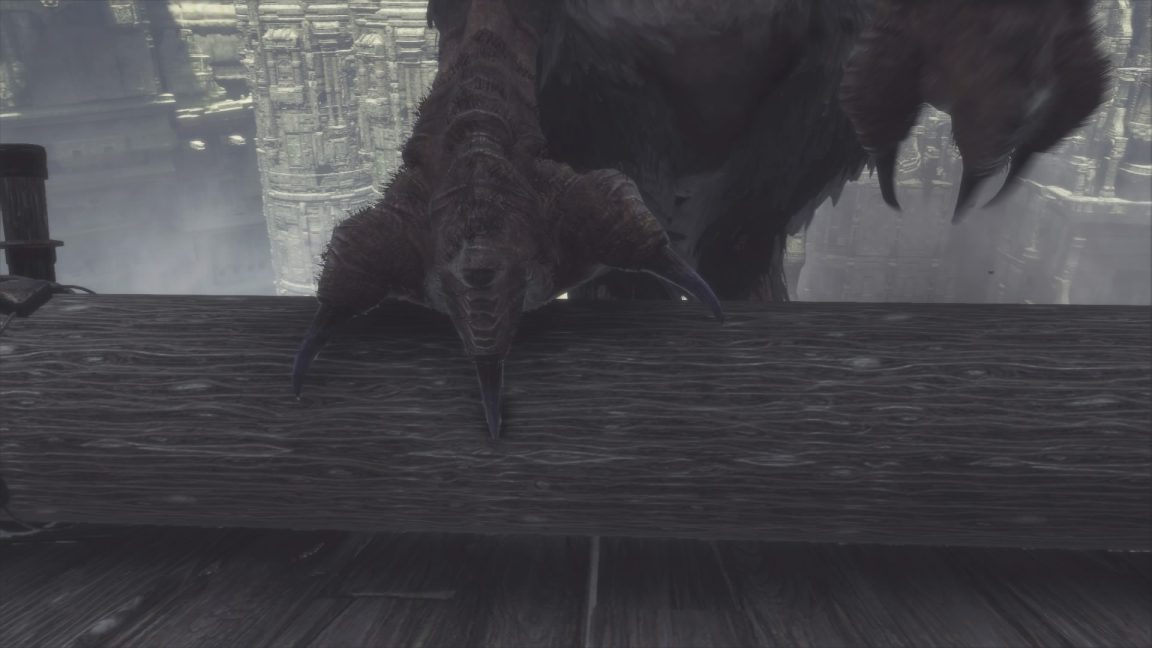 The log here will roll forward and allow Trico to get a better grip. 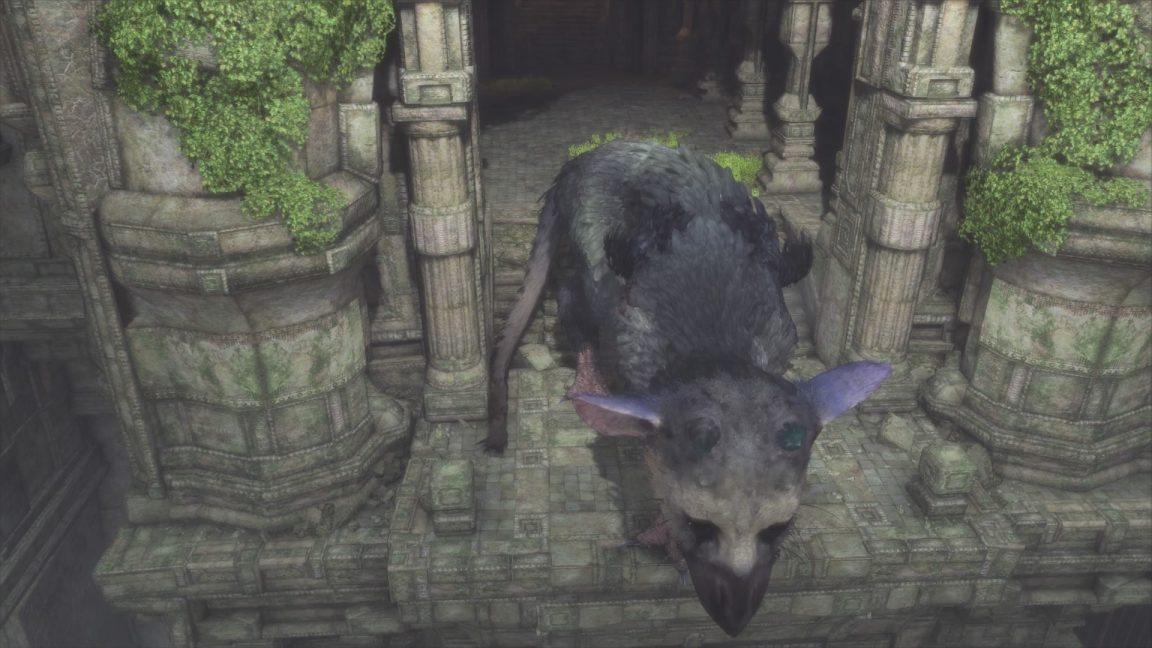 Jump back on and Trico will clamber to safety. Phew. 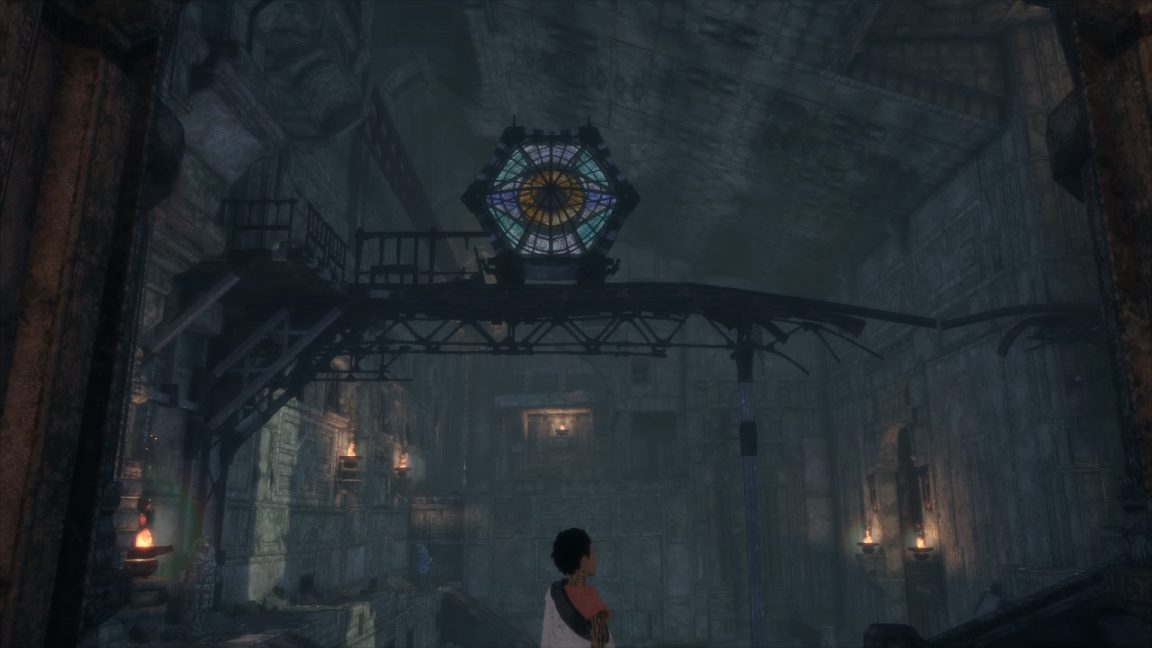 The next room has another one of those stained-glass eyes above you in the center of the room, which you're going to have to move. Unfortunately there's also two suits of armour that won't waste any time in coming for you. 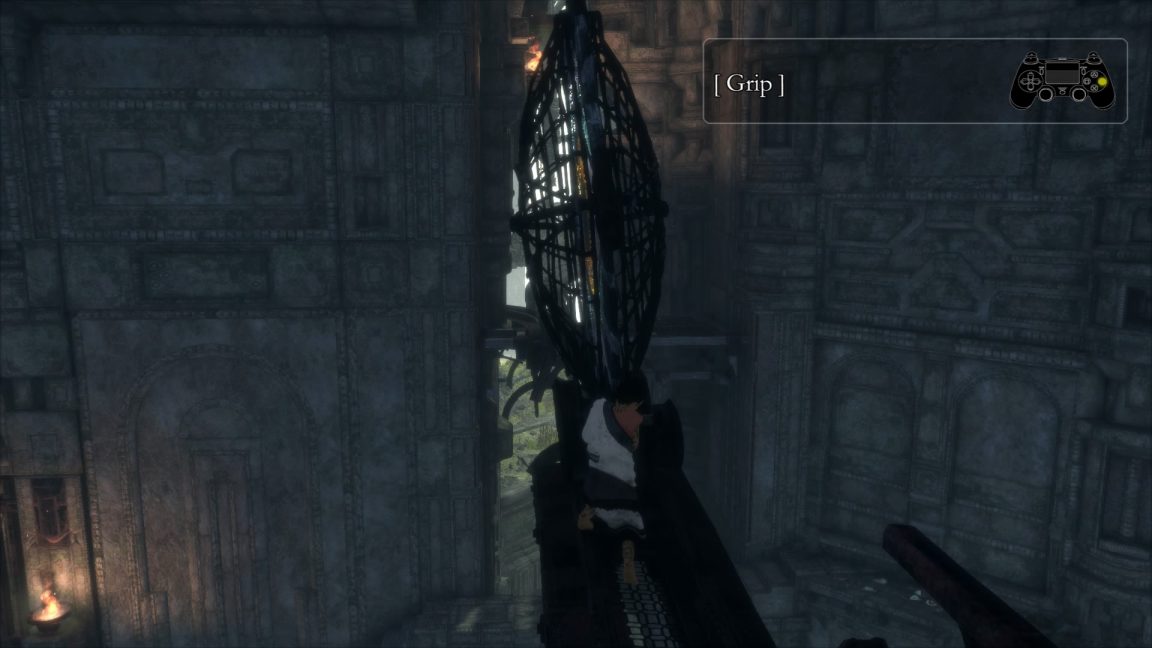 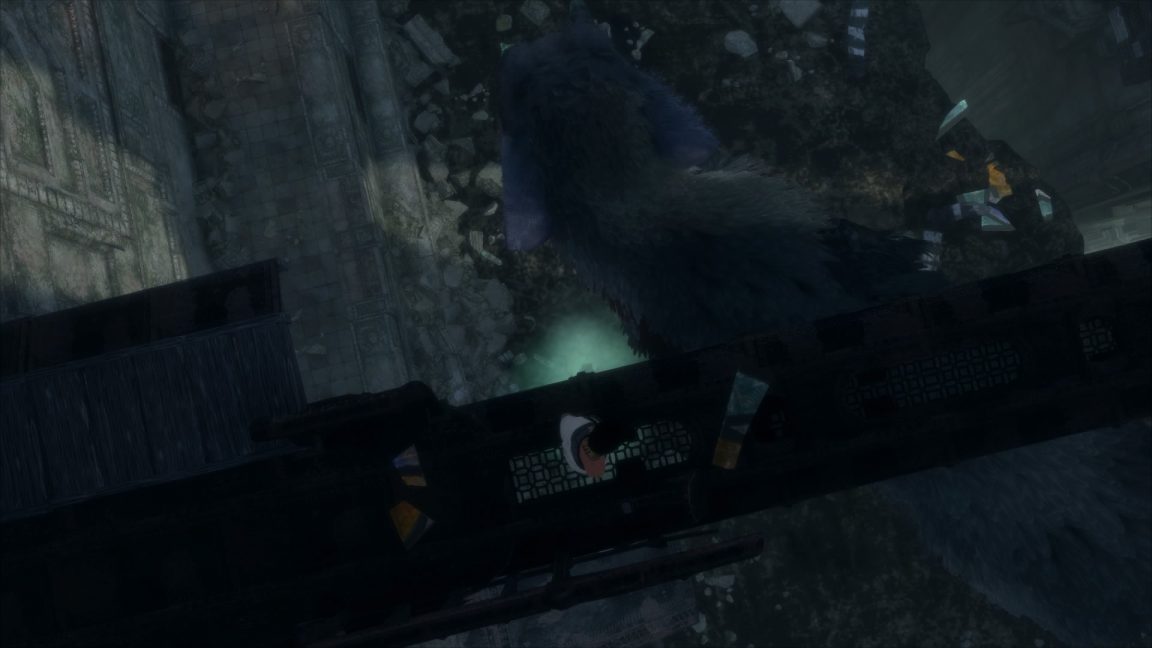 Trico will now enter the chamber and destroy the suits of armour, while you remain up on the platform.

From here walk across the thin rail and turn left, down the ladder to let Trico into the next area.