The latest issue of CoroCoro magazine features a look at the Alola Region's Grimer in Pokemon Sun and Moon. 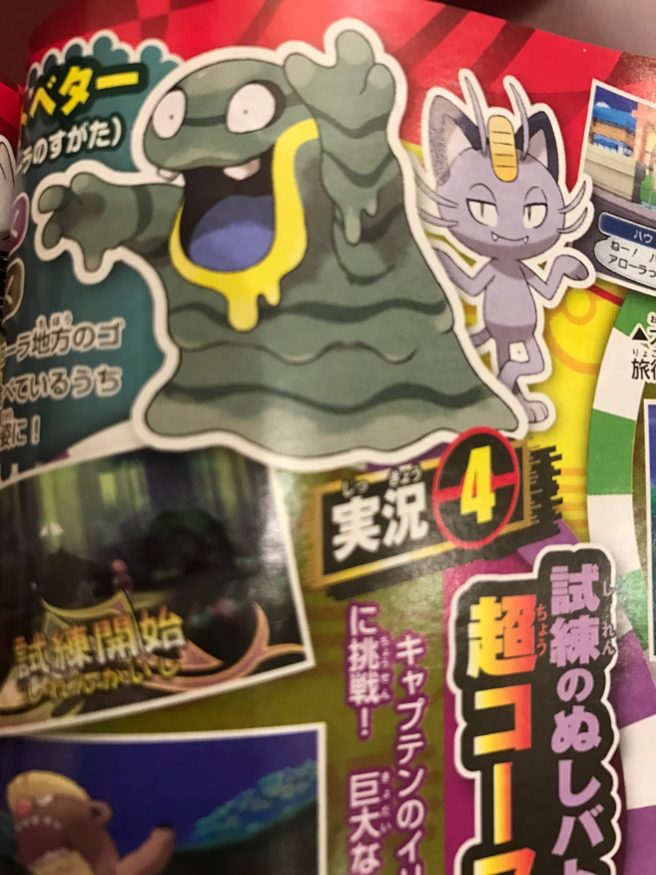 According to a translation from Serebii, Alolan Grimer is a Poison/Dark-type Pokemon (thanks, Siliconera) which is seen in the scanned image. This isn't the only Pokemon with a Alola form, as others have previously been revealed.

The site also states that it's source revealed Jangmo-o’s Dragon/Fighting-type evolution was also featured in the magazine. And the Type Null it evolves into is a Pokemon called Shiruvadi with its evolution type changing depending on the item it holds.

Jangmo-o's full evolution line is said to be included in the issue of CoroCoro, but until The Pokemon Company and Nintendo make an official announcement, we'll just mark that as unconfirmed at the moment.

Nintendo usually releases information on new Pokemon and features soon after being revealed in the magazine. We'll keep an eye out for you.