And other stuff we learned from entering the King of Iron Fist tournament.

"There was a video of a man's dog being headlocked by a kangaroo, and he punched it in the face. It turned into a big problem" - Katsuhiro Harada, exec producer

Tekken 7 has been playable in Japanese arcades since March 2015. My first hands-on time with the game, in fact, came during a holiday I took to Tokyo late that year, during which I spent much of that trip stalking through Akihabara’s numerous arcades, trying to pick machines that would suit my gaijin ignorance and which were far from any smokers. The main impression I had at the time was that Tekken 7 was one of the best-looking games around, but I was soon pulled away by all the novelty air-hockey variants and mech battle games.

Cut to 2017, and Tekken 7 is finally making its way to consoles and PC, along with all the tweaks and changes made for the Fated Retribution arcade update released last year. There’s a new story mode, The Mishima Saga, along with the online options you’d expect. I came into the Tekken 7 preview event with some trepidation – I’m very much a casual fighting game player, and Tekken 6’s story mode did nothing for me – but I came away surprisingly hungry to keep playing.

Tekken has always had an agreeably simple system, where each of the four face buttons matches up to one of your character’s limbs, and all you’ve ever needed are those buttons and the stick. Tekken’s executive producer Katsuhiro Harada, who was present at the preview event, is proud of the Tekken’s series’ strong casual fan base. “If you look at the worldwide sales for the series, as well as the arcade income data, or even just the marketing research, Tekken has sold the most copies of any fighting game in the world”, he told me. This is true – as of March 2015 the Tekken series has sold 44 million games worldwide, against the Street Fighter series’ 35 million. “A large part of that is because we have such a strong casual base. There are some competitive level players, of course, but the majority are casual, or you wouldn’t be seeing those sorts of numbers”. 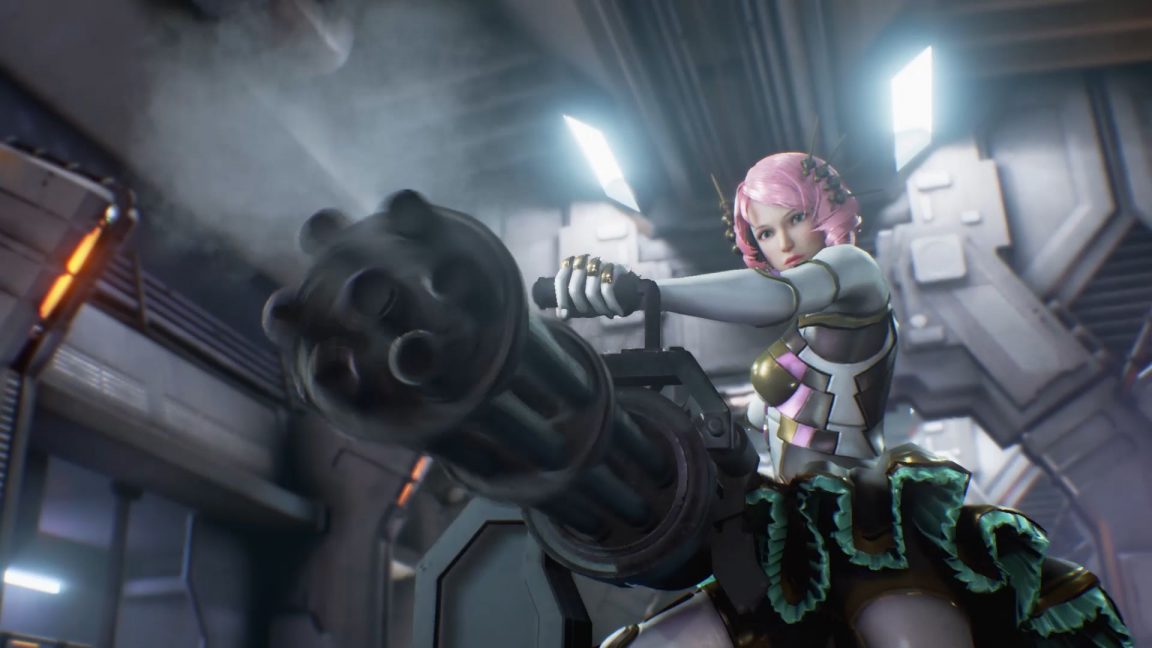 Harada is a competitive man. He studied martial arts in his youth, but gave it up when he realised he didn’t have the gifts for it. “While there’s an element of skill and practice involved, but maybe even more so there’s things like reach, and your overall stature, that you can’t really do anything about, and that heavily influences how strong you’re going to be at a martial art”, he says. Tekken may be, to some degree, his way of mastering these arts. He’s long had a friendly rivalry with Street Fighter producer Yoshinori Ono, who he assured me he could beat at any fighting game (“even Street Fighter; I used to play SF 2 a lot”). This competitive streak seems to be fuelling Tekken 7, from its plot about familial feuds to its online tournament mode, right down to the way the game’s various tweaks and changes have resulted in a game that feels much more complete and exciting than Street Fighter 5 ever did.

The story mode is a huge improvement over the one included in Tekken 6, which was an ambitious mess. Gone are long hallways filled with goons to be smacked down – Tekken 7 is more traditional. While some fights are standard two round one-on-one affairs, other levels mix things up a bit. An early mission had me switching between Kazuya and Heihachi as they battled robots in what I think was meant to be a playable recreation of a cutscene from Tekken 4. Another more ridiculous scenario saw me playing as Lars – introduced in Tekken 6 – taking on armed guards in a standard circular Tekken arena with a machine gun in hand. This one didn’t quite gel, but the fight was over so fast that I could appreciate the ridiculousness of it without getting too bogged down or annoyed by the weird mechanics of the fight. 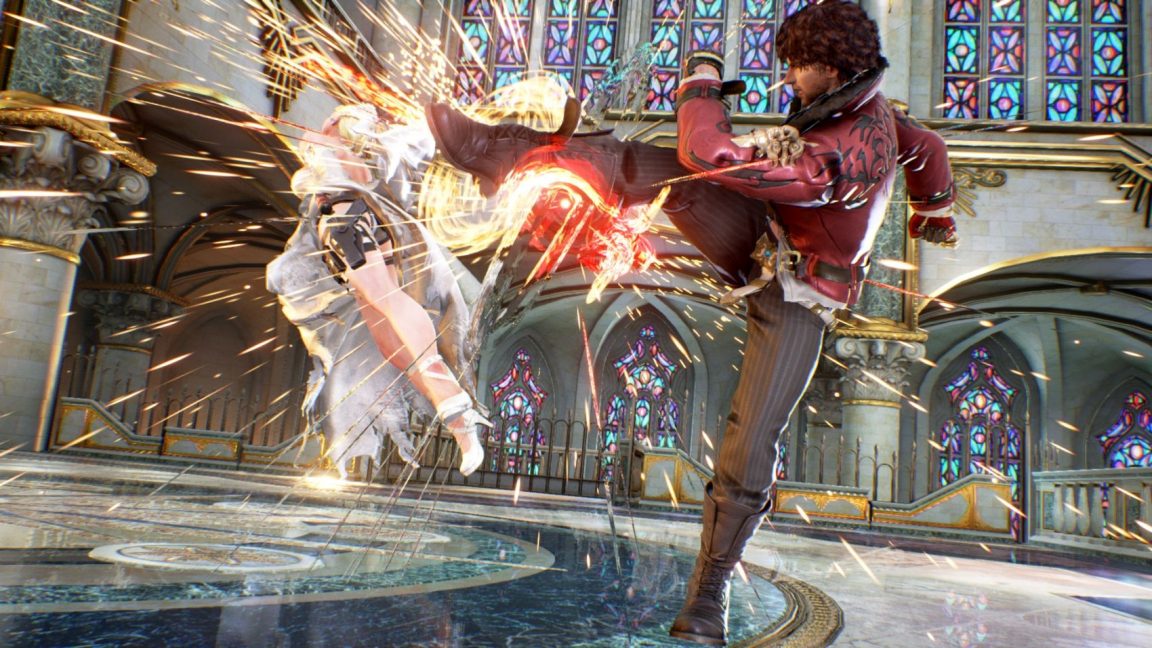 From an outsider perspective, the story is pretty silly, but in an enjoyable way. For a Tekken expert, all the details about these characters might be more interesting. A Tekken pro at the event related to me the myriad ways these characters were connected (‘Heihachi has a whole heap of sons’ was my main takeaway), and while I was confused by them the CGI cutscenes are pretty to look at. In one cutscene, three different characters were all speaking different languages – Japanese, English and Italian – to one another without the need to translate, which is indicative of the game’s strange tone.

The story mode also offers extremely helpful Story Assist prompts – hold down L1 and you’ll be told how to perform a move that will prove crucial for that stage. “This allows you to more easily perform the major techniques of each character throughout the phases of the story”, Harada told me. “You kind of learn the basics of Tekken as you progress through that mode, so when you finish the game you have the fundamentals down.” It’s reminiscent of what Dead or Alive Dimensions – a hugely undervalued 3DS entry in the series – did, and it’s just as useful here.

"I can’t pretend that there wasn’t a lot of button mashing happening, but a certain level of strategy emerged too."

At its heart Tekken has always been a game with a multiplayer focus. It’s right at home in a packed arcade, and the most damning criticism of Tekken 6 was that its net code wasn’t up to snuff. It’s impossible to tell from a preview event whether it’ll be better for 7, of course, but the few hours I spent beating up (and being beaten up by) other journalists on the game’s PC version, as we all struggled to figure out the best combos and button combinations for the characters, were good fun.

In single player mode, some prompts are simplified – rage drives, your most powerful attacks, can be performed simply by hitting R1 when you’ve taken a lot of damage and your meter is full – but playing against friends and online opponents will mean memorising the button combinations for your chosen character’s strongest attacks. I can’t pretend that there wasn’t a lot of button mashing happening, but a certain level of strategy emerged too, as we learned how to slip fast attacks in to supersede slower attacks, when to use grabs to our advantages, and the crucial logistics of blocking and sidestepping powerful assaults. 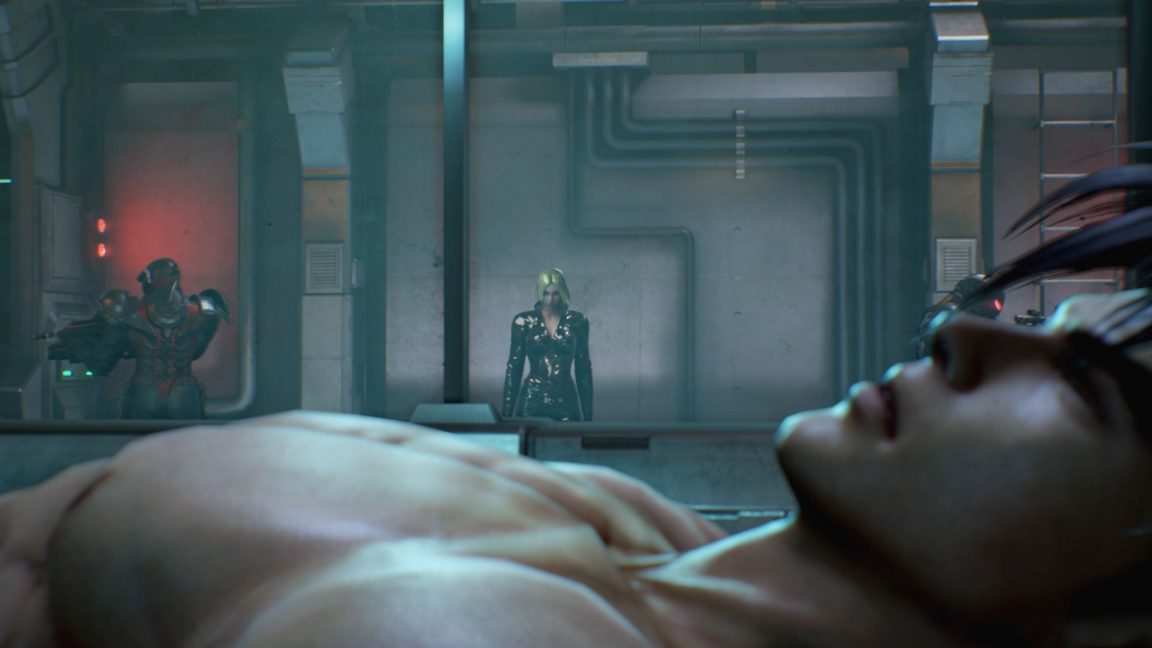 "An early mission had me switching between Kazuya and Heihachi as they battled robots in what I think was meant to be a playable recreation of a cutscene from Tekken 4."

Visually, Tekken 7 is a dramatic upgrade. The frame rate is rock solid, as you’d expect from a game where the pro players need to count frames, and using Unreal Engine 4 means the characters and environments look better than ever. But it’s the little cinematic changes the game introduces that most impress. Stages transition between rounds – if you make it to round 3 in one arena a storm will whip up, lashing the combatants with rain, while in another throwing your opponent into the ground causes it to crack and eventually break, plummeting you down to the next level of the building you’re in. The best tweak, though, comes from the way the game will occasionally go into slow motion and zoom in as both characters attack simultaneously. This only seems to kick in if one opponent has low enough health that this may be a fatal blow, leading to one or two incredibly tense seconds as you watch fists and feet on their collision course. It’s amazing how much this minor piece of cinematic flair enhances the Tekken experience, and it’ll make a big difference to audiences if Tekken 7 takes off as an esport. 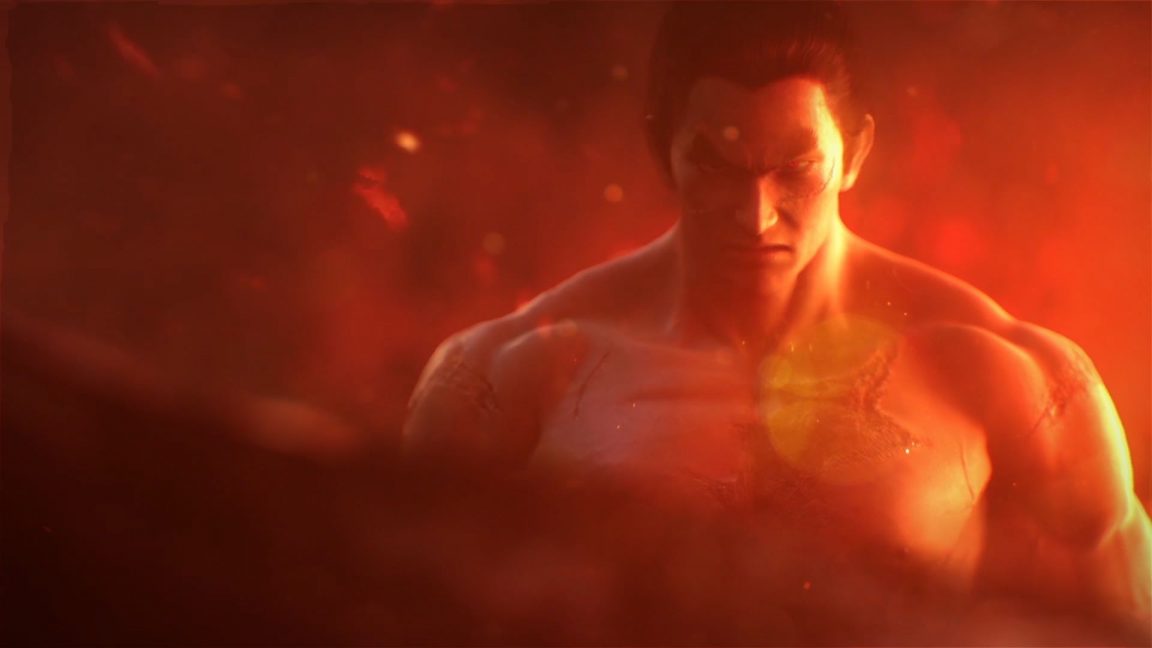 There were 36 characters available in the build I played, the strangest new addition being Akuma from the Street Fighter series. He plays a lot like his Street Fighter incarnation, with the same button and stick inputs for the same attacks. It felt strange launching quarter-circle gohadokens within the confines of Tekken’s slower pace, but the Streeties demon man isn’t exactly out of place among the game’s strange cast. Meanwhile Roger Jr, the boxing kangaroo, has sadly been cut. “There was a video of a man’s dog being headlocked by a kangaroo, and he punched it in the face”, Harada says. “It turned into a big problem. People were complaining about him punching a kangaroo. It seems that in the last few years there’s a lot more animal activists – even though they probably wouldn’t play our game they would still hear about that, about a kangaroo in our game being punched, and would complain about it.” Kuma the bear is still in the game, though, because a bear is “obviously stronger than a human being”.

Two years after its arcade release, Tekken 7 is in fantastic, wacky form. How it’ll take off among professional players remains to be seen, but as an amateur player Tekken’s simple systems, and its emphasis on placement and timing, are as exciting as they were when I first became jealous of my PlayStation-owning friends and their copies of Tekken 2 back in the late 90s.