Company of Heroes 2 pre-purchase customers on Steam have collectively unlocked the first tier of rewards. Early bird customers can now doll up their Team Fortress 2 characters with military insignia and head gear, but there's another tier waiting to be unlocked once enough people pre-purchase the game, and it's something rather neat indeed. 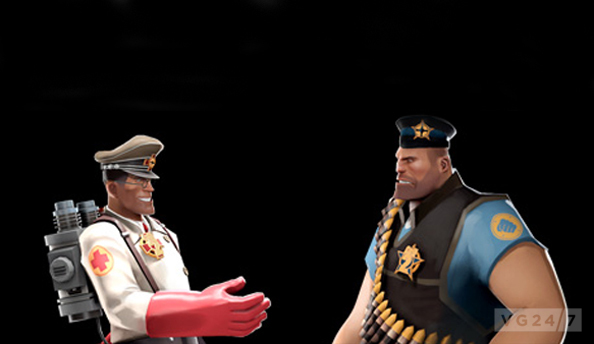 But if pre-purchases hit the' REWARD 2' tier, Relic is throwing in a free copy of Dawn of War 2: Retribution with all past and future orders. You can check the progress of pre-purchase incentives over at the Company of Heroes 2 Steam hub.

If numbers go even further, Relic will gift pre-purchasers a ‘Commissar Chest’ which houses a barrage of additional bonuses, such as a Commander Archetype, XP and unit boosts, as well as a stack of in-game currency that can be used to buy Company of Heroes 2 DLC.

VG247 recently interviewed Relic on Company of Heroes 2. It sounds like a brutal and multi-layered strategy that fans of the genre should go ape over when it launches in 2013. Check it out:

Company of Heroes 2: blood on the Eastern Front.