Starfield's first trailer and release date information has been revealed ahead of tonight's Xbox and Bethesda conference at E3 2021 – and the information has confirmed it'll be an Xbox console exclusive.

Thanks to a page that was published early at the Washington Post, it's been confirmed that Starfield will be an Xbox and PC exclusive that will launch in November 2022.

This doesn't come as too much of a surprise; only recently we heard that the sci-fi RPG Starfield will not be coming to PlayStation 5 thanks to Microsoft‘s acquisition of Bethesda.

Even Sony didn't know if the game's would make the leap as of the big acquisition, too. Sony Interactive Entertainment Jim Ryan noted that he “looks forward to finding out if Bethesda titles like Starfield and The Elder Scrolls 6 will be released on PS5“ earlier this year, suggesting even he didn't know what the future may have held for Bethesda's previously cross-platform games. 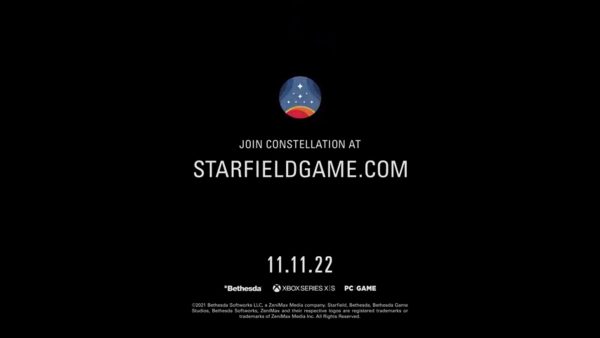 Microsoft CFO Tim Stuart has said that Bethesda games need to be “first or best” on Xbox machines, too – turns out the best way of doing that is making them exclusive. At least at launch.

Whether the game will launch later on PlayStation platforms remains to be seen. Bethesda’s Todd Howard has previously stated that it would be “hard to imagine” titles like The Elder Scrolls 6 and Starfield being console exclusives, so let's see if this is a timed thing, or if this is it for good.

Expect a proper reveal at the upcoming Xbox and Bethesda games showcase which will kick off at 10am PT, 1pm ET, 6pm UK. The show will last 90 minutes.