Video games tend to adhere to the action movie handbook. If a hero wants to incapacitate a goon without killing them, they can always knock them out. That way the baddie will wake up once all the conflict is resolved, see the error of their ways, and take up accounting instead.

Some stealth games even codify unconsciousness as the non-lethal option - an extra difficulty level for those who like the quiet satisfaction of overcoming self-imposed rules. If you can make it to the end without resorting to a gun, you’ll unlock a special trophy and unique ending as reward for your pacifism.

Except it’s not pacifism, really, is it? Outside the context of fictional conflict zones, knocking somebody unconscious is an extraordinarily violent thing to do. Is it really possible to do it safely and save the day with a free conscience? 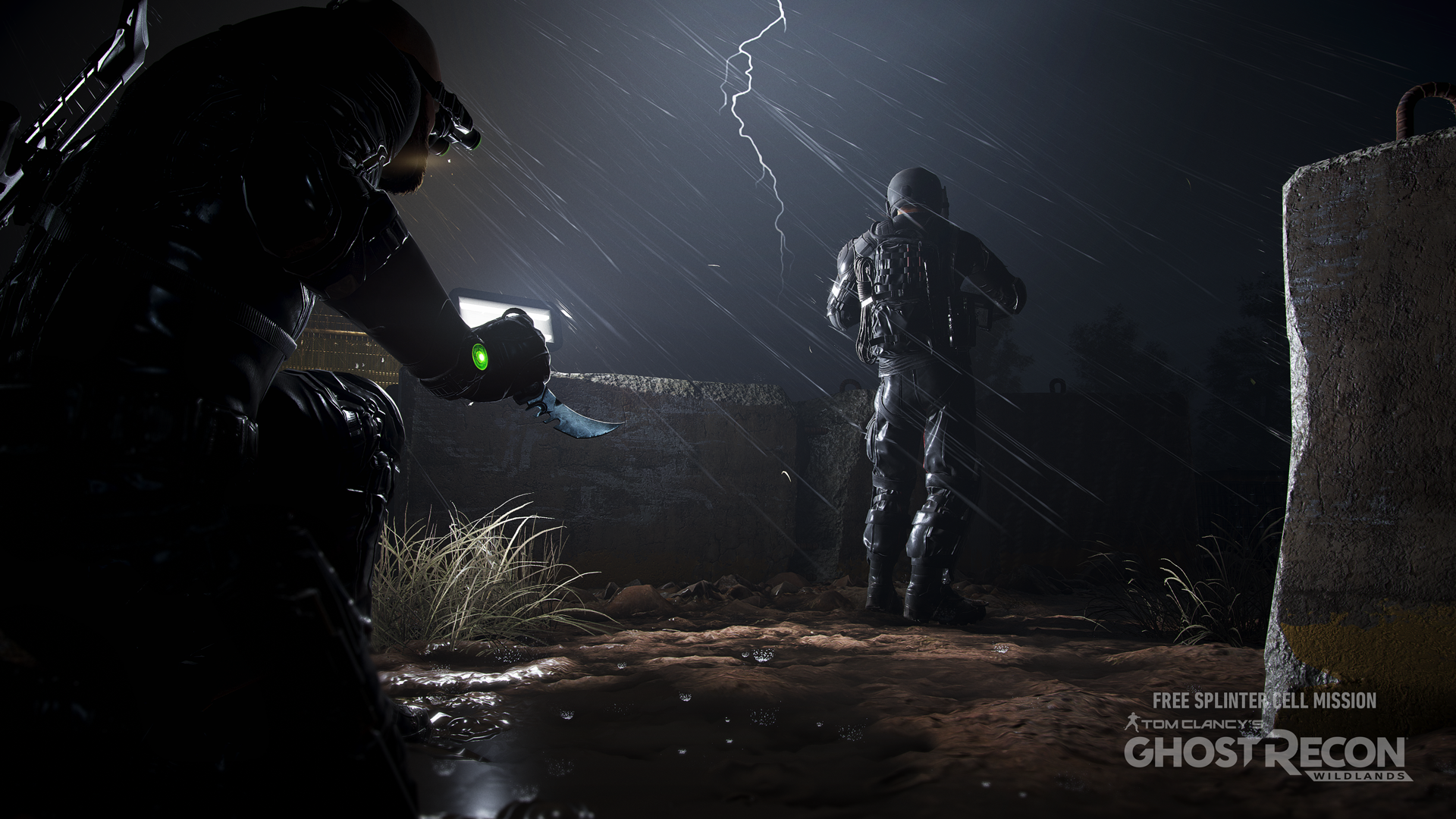 “If you’re assaulting somebody by hitting them over their head, they could very well die,” says Dr Juliette Fraser, a consultant in neuroanaesthesia and neurocritical care. “It’s actually quite hard to hit someone over the head to render them unconscious enough, but not be a threat to life.”

That’s the old-school method out the window, then. Thief’s Garrett will have to sell his trusty blackjack to a fence, and JC Denton ought to hand his baton back to UNATCO’s quartermaster. The whip-crack of steel against skull never did sound healthy, come to think of it.

The more contemporary approach, as seen in Dishonored and Splinter Cell, is for a protagonist to wrap their arm around an enemy’s neck and choke them out from behind. The move bears a resemblance to various chokeholds used by martial artists and real-world military personnel, so has some basis in reality.

“It definitely is possible that you can occlude somebody’s carotid pressure and they’ll pass out,” Dr Fraser says. The carotid arteries carry oxygenated blood to the head, and so the brain can’t keep you conscious without them. “I suppose in theory if you could do that with enough force... you would have to be there for a couple of minutes.”

Not even Sam Fisher has biceps big enough to keep a thrashing NPC in place for two minutes without alerting nearby guards. Worse, there are clear risks involved in cutting off blood and oxygen to the brain - the victim might suffer a stroke, or hypoxic brain damage.

Better, surely, to resort to drugs: the sleep darts and gas arrows no master thief leaves the house without. “Hitting somebody with a dart, some kind of intramuscular injection, definitely is possible, depending on what medication you chose to use,” Dr Fraser says.

In the course of her work, Dr Fraser sometimes gives patients intramuscular Ketamine, which keeps them breathing but knocks them out. Another option is intramuscular Lorazepam. “You could, in theory, overdose someone on it, but most of the time it’s quite safe.” 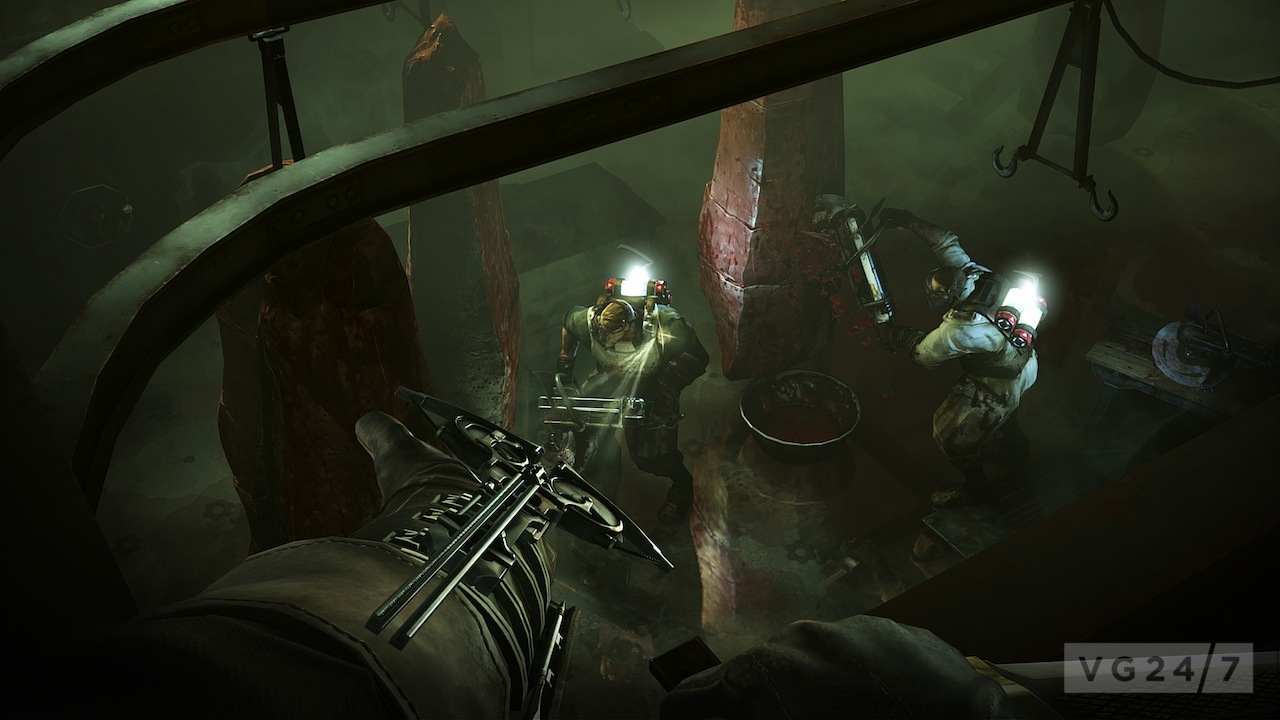 Safer than the choke out, certainly - but a government super-spook would still be waiting two or three minutes for the drugs to take effect, which is easily enough time for a drug-ee to hit the panic button and alert every mercenary in the underground volcano base.

“The only way they would get it down to a couple of seconds would be if they were giving it intravenously,” Dr Fraser says. “I do a lot in what's called total intravenous anaesthesia, so it’s a constant infusion of the anaesthetic.”

Anaesthetists stick around to ensure their patients are both unconscious and safe for the duration of a surgery; Adam Jensen probably isn’t going to. What happens once the nano-augmented ninja moves on?

“You’re going to worry about them either stopping breathing or the breathing becoming too shallow, and then low oxygen levels,” Dr Fraser says. “They can get hypoxic brain damage, they can get low blood pressure. And they can aspirate.”

It’s the classic rock star death - if an unconscious person vomits, their airway could be blocked. Surgeons ask patients to starve themselves before surgery for precisely this reason. In A&E, where unconscious patients might arrive with a full stomach, doctors classify the airway as ‘unprotected’. In those cases, they use breathing tubes to ventilate patients - essentially doing the breathing for them.

It’s hard to imagine Corvo assembling those breathing tubes in the course of a dramatic tower escape. What he could do, if he really cared, is lay his victims on their side. “You can put them in the recovery position,” Dr Fraser says, “and that will get you out of trouble for some people.” Something for Corvo to mull over the next time he throws someone in a bin.

Survival is not guaranteed, however. The best way to ensure true non-lethality is, of course, not to hit or drug anybody with anything. I know it seems far-fetched. Time to start practicing for that ghost playthrough by dressing all in black, painting your face in camo, and becoming one with the shadow.

Read more on Dishonored with our article: Dishonored 2 and the power of presence.