The Elder Scrolls 5: Skyrim Legendary Edition has been announced by Bethesda, after a retailer listed the title last week.

It will include Dawnguard, Hearthfire, and Dragonborn along with added features such as combat cameras, mounted combat, Legendary difficulty mode and Legendary skills. 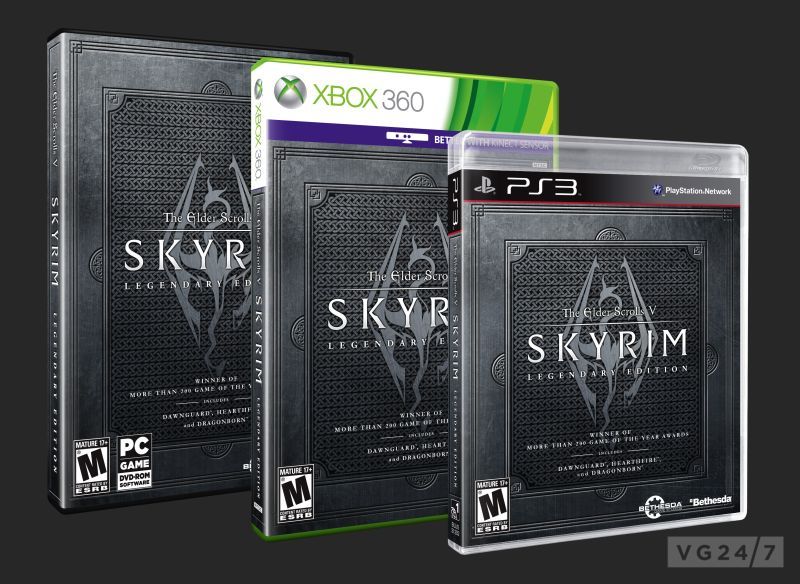