If you’ve ever practiced Muay Thai, you’ll know that one of the first things you need to learn is the leg check.

If you block an incoming kick with your arm, it could snap like a twig. Thai kicks hit hard with a full shin, like a baseball bat sculpted from bone. Instincts make you throw out an arm to protect yourself from an incoming kick, but the correct response is to turtle up and raise your knee to meet your elbow, creating a wall of bone of your own. It takes consistent drilling to make this feel natural, for you to instinctively raise that leg. 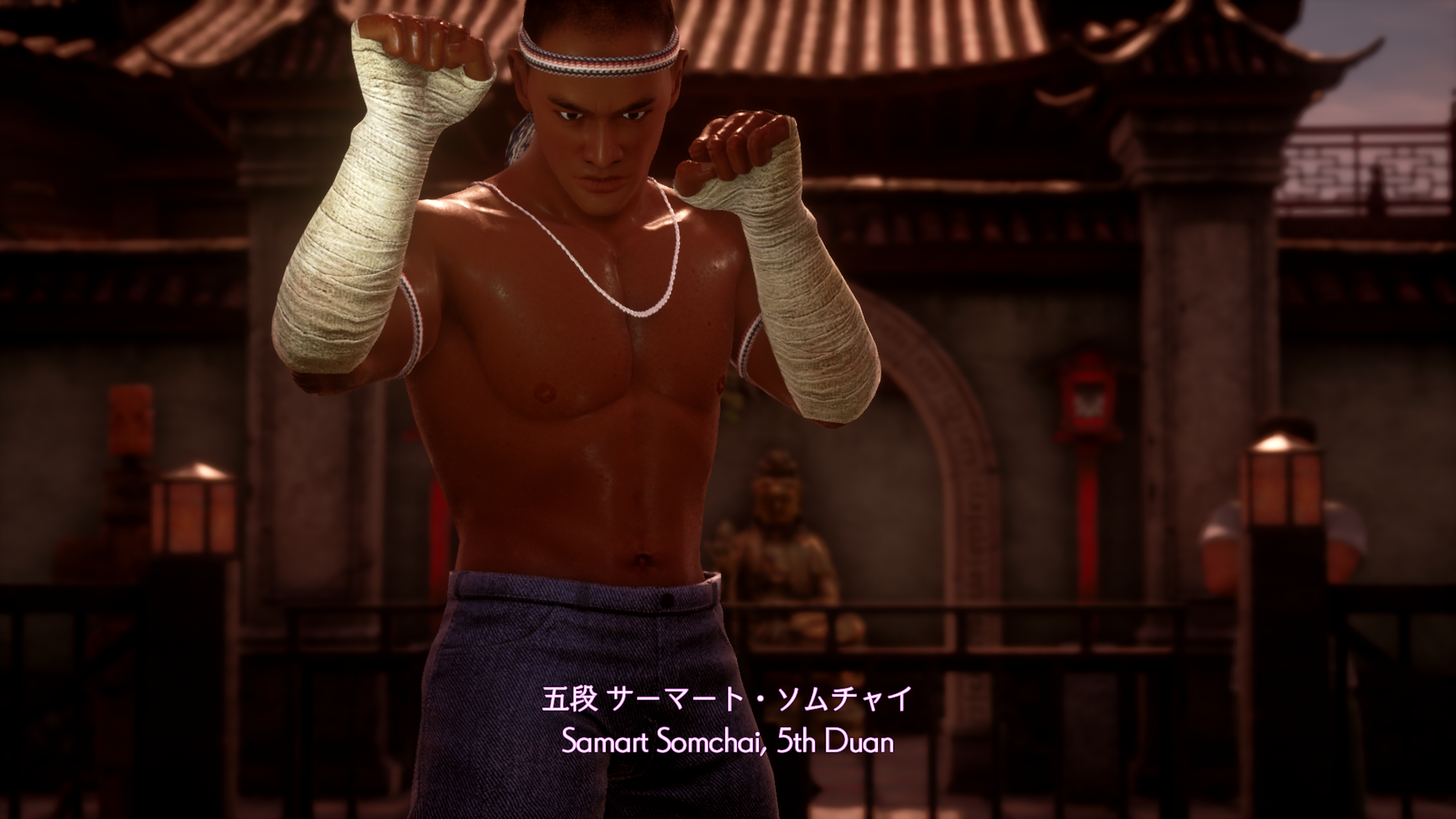 Shenmue is a series that reveres martial arts, to the point where the act of playing the game is like a drill of its own. It’s a simulated life, where you grind away in a job, grind away at your training, and occasionally procrastinate so you can have a short break from that grind, only to find more of a grind in those side activities. Squat near a wooden dummy and sharpen that horse stance and raise your endurance, spar with other martial artists to boost your attack power, drive a forklift and chop wood to get money to spend on new martial arts scrolls so you can learn more moves. On and on it goes.

Since the story began 20 years ago, here’s a quick run down: you are Ryo Hazuki, a nice Japanese boy who likes smashing people up. Your dad was killed by a man called Lan Di who was searching for a mirror - the key to some treasure hidden in Hong Kong. In Shenmue 3, you’re searching for both Lan Di and the treasure, accompanied by a girl called Shenhua, whose father has also been kidnapped by some thugs made entirely of rump steak.

Ryo is a lovely boy. A nice, violent lad. He’s a soppy martial artist with a heart of gold, who can stop your heart with a one-inch punch, often gets battered by pensioners, and goes to bed at 9pm every night. He wears tight blue jeans, but he can still kick your head off your shoulders. He speaks like he’s been lobotomised and can’t swivel his head like a real boy.

Shenmue 3 might have broken every record imaginable for a crowdfunded video game, but this is not a triple-A game. It has a much lower budget than all of the big releases this year, and that’s immediately apparent in the weird camera cuts, the acting, and the graphics. Every single actor delivers their lines with the gusto of a teenager who’s been forced to clean their room, and the dialogue doesn’t help. Here’s a sample:

Old Man: "Come to apprentice under me have you?" 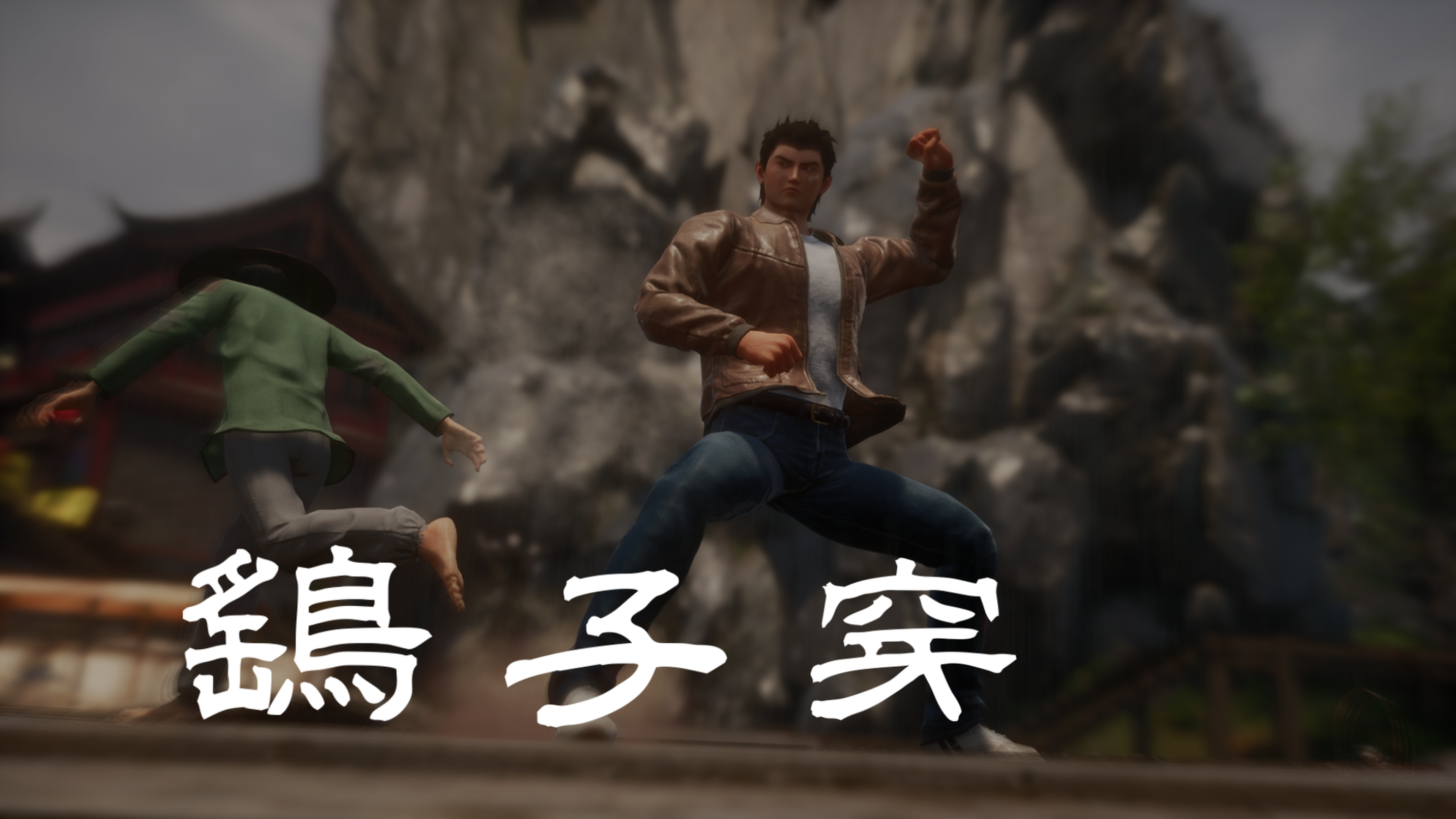 After a while though, it becomes weirdly endearing in a “this guy are sick” kind of way. And those graphics? Everyone might look like a doll, kids might have massive bobbleheads and adults might have shrunken heads like Beetlejuice, but Shenmue 3 has some stunning environmental design. From the first village, with its sunflower fields, rice paddies, pumpkin patches, and falling cherry blossom leaves, to the second city with its grand temples, bustling markets, and massive arcades - it’s an interesting world to inhabit. The second location is particularly impressive, one of the most dense video game places I’ve ever explored. After a while, your brain turns off to the fact NPCs materialise a couple of meters in front of you. It’s the most beautiful ugly game I’ve ever played.

You can see why the Yakuza games often get hit with a Shenmue comparison. The amount of “stuff” you can do is overwhelming at times. Dozens of shops litter the streets, there are back alley brawls, arcades filled with video games - though you’ll find a Virtua Fighter ripoff with penguin avatars over the real thing here - various gambling games, wooden dummies, martial arts classes, sparring, jobs, and loads more. The main difference between Shenmue and Yakuza is tone - Yakuza is over-the-top, funny, and full of random battles. Shenmue takes itself much more seriously, and fights are rare unless you keep up with your training at one of the dojos. Ryo also isn’t portrayed as this unstoppable badass - he’s a kid with potential.

Young Hazuki is always getting his ass kicked, but he never gives up. Later on, there’s one gang member who he’s struggling to defeat. Twice I got beasted by this giant of a man, but Ryo persevered, first asking around at martial arts shops to uncover the secrets to his fighting style, and then seeking out a grand master so he could learn a move that would counter the style. It might be a revenge story, but it’s not a gritty one - its message is concerned with perseverance, optimism, and respect. Every defeat triggers a training montage from an ‘80s martial arts flick, played out at an agonisingly slow pace. 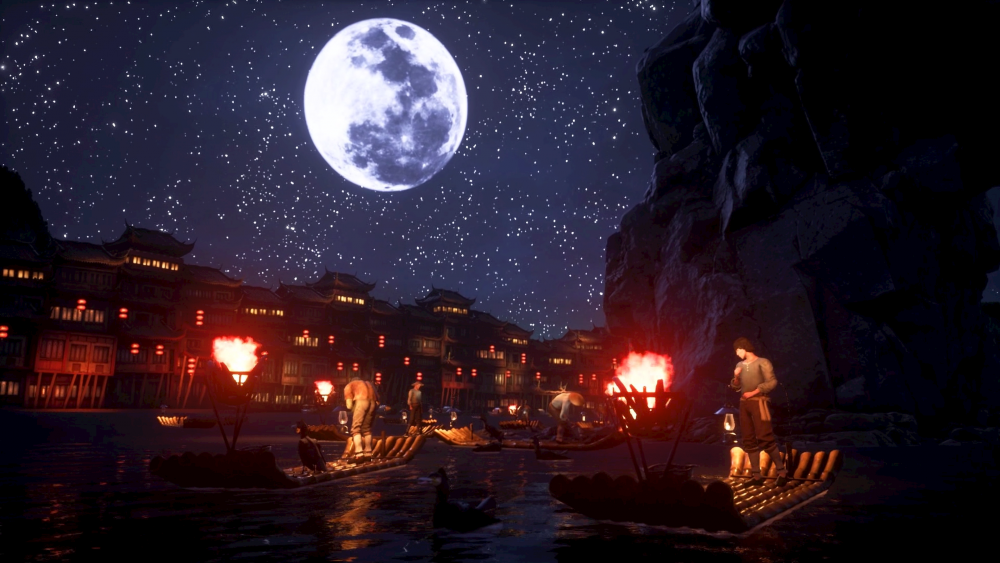 If you don’t like fetch quests and can’t stand hearing the same dialogue over and over again, Shenmue 3 probably isn’t for you. A bunch of the game is spent talking, gathering information, and looking for clues. It’s like a badly dubbed LA Noire. You can speed up the investigation process by using logic - speaking to people who are likely to have knowledge on the subject you seek - like chatting to elders about history, for example - but almost everything you do takes time. After 20 hours, you begin to wish you could skip through dialogue as you read it, but you can only do so if you’ve had this specific conversation with this specific person before.

There are other little annoyances like this, too. For one, if you attempt to pause a job or activity by, you know, pressing the pause button, you will skip the job. You can’t skip repeating dialogue, but you can accidentally skip a day’s work, which is good, in the same way catching your ring on a door handle is good. It’s also annoying that health and stamina are the same thing, so your health drains from simply walking around. If it wasn’t bad enough that you have to grind capital to buy story-essential items and pay your rent, you also have to constantly buy food so you can top your health up in case you get into a fight. The game gains nothing from you schlepping to a store, buying 20 cloves of garlic, and stuffing them all into your face from an outdated menu. 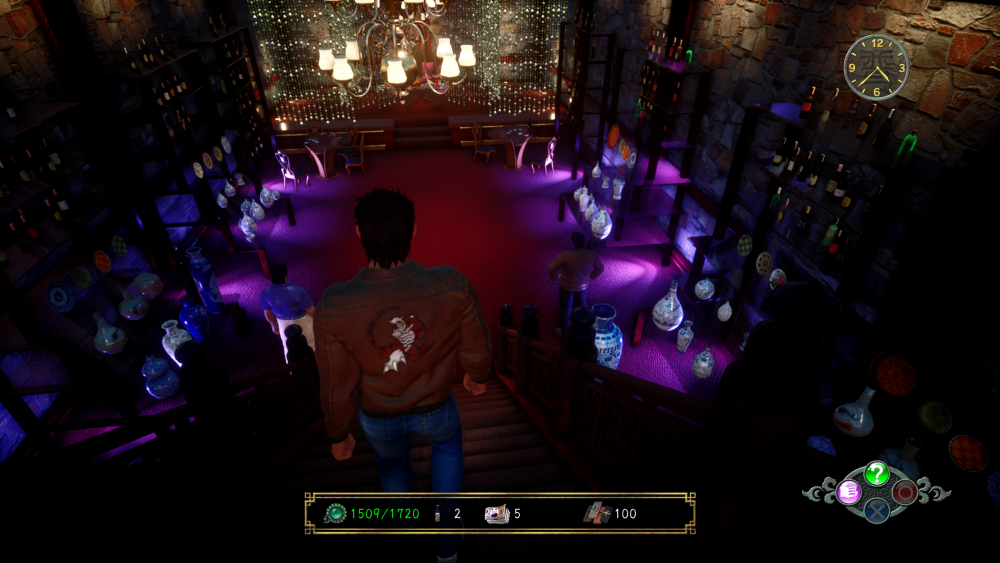 Elsewhere, my only other major gripe is that fighting itself doesn’t improve skills. You can only raise your endurance by training with wooden dummies - these minigames are fine at first, but they start to grate once you’ve done each of them dozens of times. Attack power can only be raised by sparring, which can only be done when you haven’t mastered all of your moves, which sends you back into the money-earning loop so you can purchase a new ability scroll.

Fights themselves are functional. The game literally tells you to just press buttons, and combos can be easily assigned to R2 so you don’t even have to remember button sequences. There’s a little bit of nuance in blocking, sidestepping, and countering with big blows, but that quickly becomes your go-to once you master it.

Still, despite these annoyances, despite the fact that it’s a game designed with decades-old sensibilities, I enjoyed my time with it. It doesn't have the conclusion we’ve been waiting two decades for and it barely drives the story forward at all, but the climactic battle is as satisfying as that 70-man tussle in the first game's harbour. When you finish, you're given the option to start again and carry all your skills and money over to a new game, allowing Ryo to become even more proficient a fighter. He's putting in the time and learning to check those legs yet again. The credits have rolled, but the story isn't over. And neither is the grind.

Version tested: PS4 Pro - a review copy was provided by the publisher.