In DC’s latest superhero movie, Shazam!, the protagonist is an adonis with abs in places you didn’t know you could get abs. He can fly through the air, shoot lightning from his hands, and lift a bus with his bare hands.

Except that’s not the whole story: the person in control of that body is Billy, a teenage runaway who is suddenly transformed into Shazam whenever he says the magic word. Billy has barely got a handle on puberty, let alone the astonishing new powers afforded by his new avatar.

As metaphors go, it pretty much perfectly encapsulates the sensation of starting a new action game. How many times have you been told you’re a super soldier, or a pro F1 driver, or Batman - yet struggled to work out how to punch a goon rather than jump on the spot? That gulf, between initial player ability and the power fantasy a game looks to deliver, is an issue developers have wrestled with for decades.

“Some people like getting beat down, realising the game will be hard,” Harvey Smith says. “But yeah, most people want to ease in. They want flow. Me too, people.” 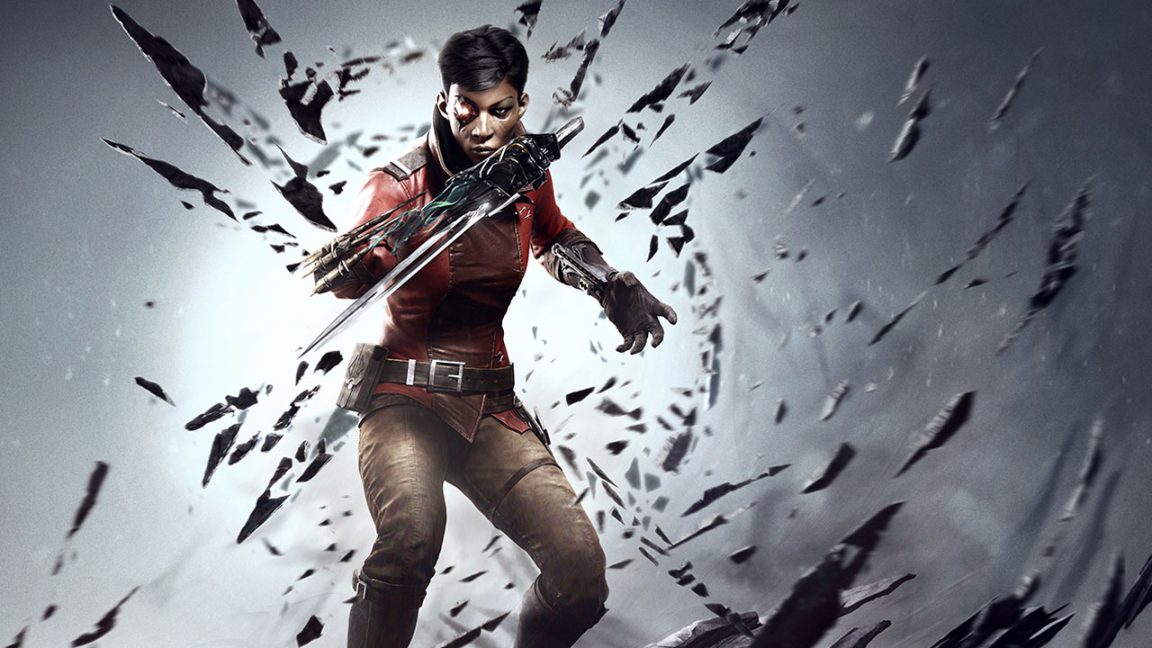 "If you’re playing Valkyrie, from Asgard, are you really going to spend an hour killing rats in a basement? - Harvey Smith

As a game designer, Smith has led development on some of gaming’s most memorable power fantasies: in Deus Ex you occupy the nano-augmented skin of anti-terrorist agent JC Denton, and in the Dishonored games become the guiding hand behind two stealth assassins, Corvo and the Empress Emily Kaldwin. For players who don’t share those skill sets, their new abilities take some getting used to.

That’s why, when you play Dishonored, you get a relatively gentle on-ramp to your powers - to help ease that body shock. “There’s a mapping between Corvo as a ‘normal person’, almost like a made-up historical figure, which the player understands,” Smith says. “Then Corvo gaining and coming to understand supernatural powers as the player is also learning those.”

It starts small: you steer Corvo in the prologue, messing about with the basic controls as he chats to the Empress, Emily's mother. Then, during his escape from jail, you’re encouraged to eavesdrop, sneak around, and kill guards - understanding Dishonored as a stealth and sword combat game before getting access to The Outsider's suite of supernatural powers. This period of acclimatisation is crucial: developers spend many hours in design and testing ensuring they don't lose you before you feel comfortable in your new skin.

"No player likes failure or feeling incapable of succeeding in the game environment," Chris Avellone says. "It's rarely part of the power fantasy and rarely the reason they're playing a video game in the first place."

Avellone has worked as a designer and writer on RPGs since the mid '90s. In his genre, power fantasy is typically tackled as a gradual curve - with levelling systems that take you all the way from incompetence to mastery. But Smith, who began his own career in RPGs with the Ultima series, says that doesn't necessarily get around the Shazam! effect.

"Depending on protagonist, it could strain credibility," he points out. "If you’re playing Valkyrie, from Asgard, are you really going to spend an hour killing rats in a basement?"

"Too slow of a gain of powers can actually be frustrating at times," Avellone says.

As a consequence, the RPGs Avellone has worked on have been designed to elevate heroes quickly in the first few hours of play. If you start one of the Obsidian or Black Isle games the designer was involved in, you might notice that you're joined early on by a companion who can take damage in your stead, or better still, heal it. Often these developers were hamstrung by rulesets which promised players they could fling flame and spin swords, but forced them to slum it at level 1 first.

"In Icewind Dale 2, the opening town encounters were tailored so the initial waves of monsters were numerous, but their weapons had been specially constructed so they would do one or two points of damage to the heroes," Avellone says. "This was largely because mages are so fragile in D&D that a lucky swing from even a goblin could kill them." 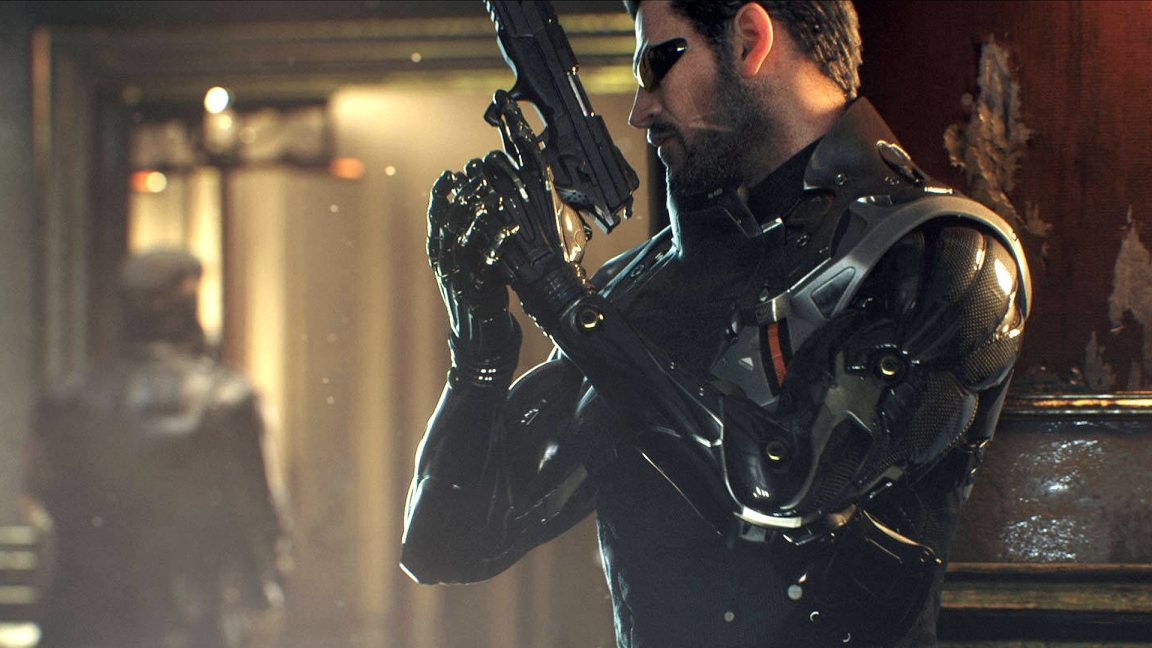 "JC Denton arrives at his new assignment, after years of security services training and high-tech preparation. But he can barely hit a target in front of him due to cursor wobble" - Harvey Smith

Smith and the team at Ion Storm encountered similar issues with Deus Ex, which incorporated its own levelling system inspired by RPGs.

"JC Denton arrives at his new assignment, after years of security services training and high-tech preparation," Smith remembers. "But he can barely hit a target in front of him due to cursor wobble."

If levelling can't help smooth your awkward growth from zero to hero, what can? Sometimes the most effective tools are the ones you don't even notice - like when developers map certain abilities to controller buttons you're already familiar with. Cross to jump, square to reload.

Another trick is to include a skill tree that caters specifically to new players. Avellone cites Horizon Zero Dawn's time-slowing abilities, that allow you more time to line up shots, and the way the Arkham series enables you to pump points into health and armour early on - so that you can endure your own mistakes as you learn from them.

Smith suggests trapping the player in an easy area that requires them to use the power they've gained in order to exit. He also recommends self-restraint as a designer: "To be blunt, just doing a better job than I personally have done at limiting the number of things you want to squeeze into the game." 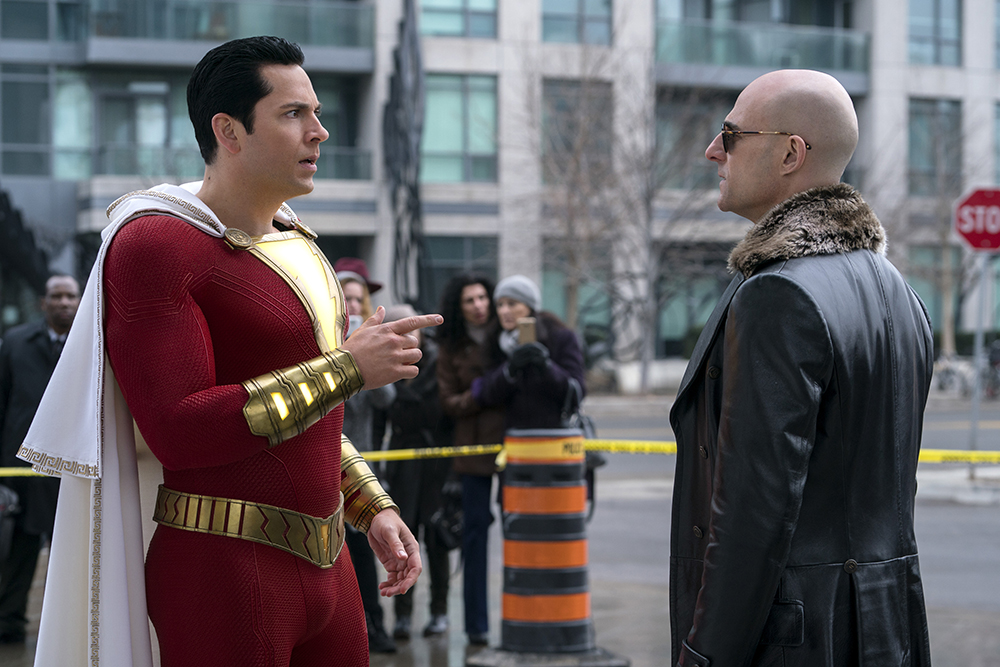 But the answer need not be mechanical - often the right kind of storytelling can make the transition to extreme power less jarring.

"In Horizon Zero Dawn, one of the best power fantasy moments is gaining access to an Oseram cannon and using it to devastate a wave of enemies," Avellone says. "But in the context of the quest where it occurs, it's very easy to explain how you are able to do this, why it's limited, and what the importance of what you're doing is."

In Shazam!, you eventually see Billy's frustration with his new body melt into a giddy process of self-discovery as he tests the limits of his powers. Those scenes are not only the highlight of the film, but the sweet spot developers fight to reach.

"There is a moment of fluency, when the player can handle more," Smith says. "And that feeling of engagement, when the game is now taking up all your bandwidth for perception and problem solving, and suddenly you’re feeling greater levels of mastery? That’s real joy."