A lot of your time in Shadow of the Tomb Raider is spent swimming. You’re mostly defenceless in these stealth sections as you plunge through seaweed to avoid detection from moray eels and schools of piranha. You can stab the eels (in a QTE, of course), but the piranha nip you to death as soon as you are spotted. It’s almost as if the developer decided to combine two of the worst things in video games - insta-fail stealth and limited-time underwater sections - just to personally fuck with me.

When you're not swimming, you might instead be squeezing through tiny cracks. The first time you cram through a crevice, pushing forward on the left stick while dramatic stuff happens, your chest tightens. By the fifth time, your eyes tighten and you fall asleep. No doubt these sequences exist to mask loading times, but it doesn't stop them being bad and overused. 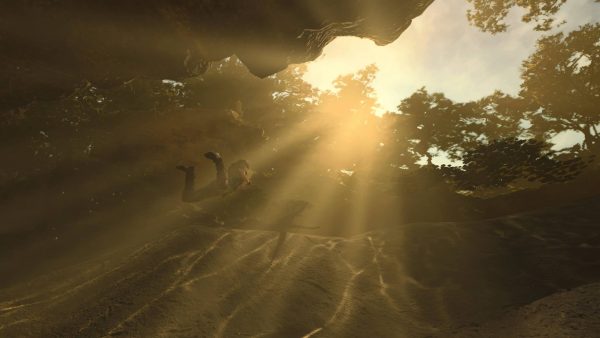 A good portion of the game is built around navigating acrobatic puzzles with a climbing system that’s far more hands-on than Uncharted - digging your climbing axe into a wall, rappelling down chasms, dangling from overhangs, and swinging from branches. There are moments where the peril feels fake - those squeezy gaps - but there’s often a real danger when clambering around. 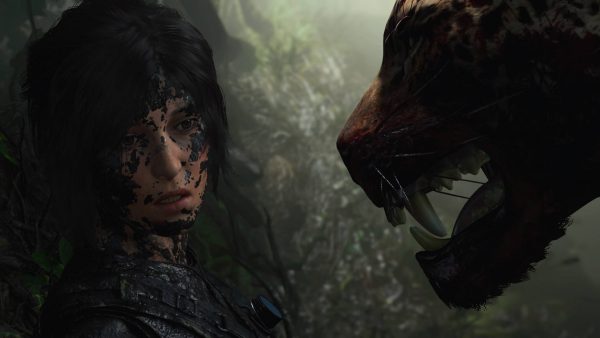 In this story - something Square Enix is dubbing ‘the final origin chapter’ - Lara is still chasing her dad’s dreams. This is where she’s supposed to make her proper transformation into the seasoned tomb raider we all know. Unfortunately, that transformation never happens. She starts the game as a selfish rich girl, and she ends it a little less selfish. The way she’s written, she’s hard to empathise with, and it doesn’t help that voice actor Camilla Luddington delivers her lines like she has dual pistols to her head.

Shadow of the Tomb Raider takes its Mayan apocalypse storyline overly seriously. The dialogue - particularly the stuff that plays outside of cutscenes - is atrocious at times. At one point, I thought an NPC was crying when they were actually laughing. Another NPC introduced himself to Lara twice in two different conversations that were minutes apart. 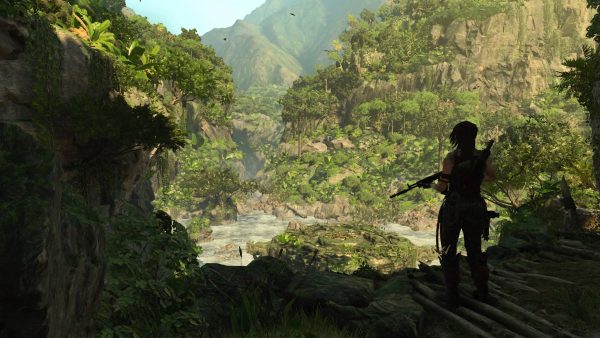 Tucked away in the options menu is an immersive language option which sees characters speak in their native tongue. It’s a cool idea, but implementation is bad. Each side of the conversation speaks a different language - these isolated tribespeople somehow know English - and everyone switches to English for cutscenes. If anything, it breaks the illusion.

There is the occasional flash of brilliance beneath the mud rubbed all over the game’s face - in one late stealth section, there’s a bit of one-off reactive dialogue that really impressed me - but it’s just a flash of inventiveness inside an otherwise unremarkable adventure.