SCUM is a new open-world survival game that begins in a terrifying prison environment.

Amongst the usual weapons crafting and tactical gameplay, players are expected to micro-manage their character right down to the teeth - quite literally. If you lose or damage a tooth in a fight and don’t do something about it, you’ll be in too much pain to eat, you won’t be able to regain stamina or health so you’ve basically sentenced your guy to death.

Once you’ve managed to break free, you might have run into - or, away from - one of the unexpectedly popular bears in SCUM. A formidable foe, killing a bear will unlock the ability to craft wearable bear paws and a bear head as weapons and armour. 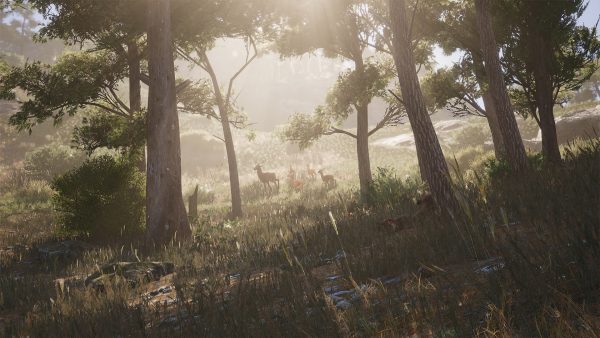 As amusing as it is to run around the map bearing your claws, players have noted that they get in the way when using guns and scopes and that they aren’t as practical as first thought, which doesn’t really come as a surprise.

They seem to take the zombies down relatively quickly which is a bonus.

Unfortunately, the developers, Gamepires, released a patch which has made “aggressive animals now more aggressive” in a bid to stop players from chasing bears around the map.

Crafting and skill selection in SCUM

Youtube user Kotton has a great video to help you get started on your prison break journey and how to make the most of your limited resources:

The very basics, like rocks, stones and wood, will be your best friends in the early days as the first real weapon you can make are the Improvised Wooden Spear and a Stone Knife. A Basic Backpack should also be high on your list as, unlike most other games, SCUM doesn’t let you run around with a tonne of gear hidden somewhere on your person - you need a bag for that.

The game is geared towards keen self-management and acquiring everything you can about your environment, the items you use and what skills you can improve. Crafting isn’t a throwaway concept in SCUM and actively contributes to your failure or success.

In the character creation screen, there are various skills you can assign to your character and they can be set to basic, medium or high. As crafting is a core component in the game, we'd recommend the following skill set:

In order to craft ammo, particularly ammo that's high in demand like rifle or 9mm ammo, you'll need to have the appropriate strength and weapon skills. This is easily selected during character creation, and you'll be able to craft almost any ammo, metal, tool and anything else you need.

Cooking is the only skill that isn't available during character creation, however, so you'll just need to cook basic items frequently to boost that skill manually. The game is still in early access, so it might appear as an option later on.

SCUM's inventory system is straightforward and colour coded, so here's a quick overview on how to get to grips with it:

By creating a character with the stats we've detailed above, you'll have a solid basis with which to explore the open-world of Scum. Youtube user Liquid Blitz has an excellent video that lets you see how these simple decisions at the start of the game can really impact your experience:

As the early access progresses, Gamepires will be releasing a more advanced crafting system as well as introducing female characters to the game.

SCUM is available to play on Steam now.