Rust, from Garry's Mod creator Facepunch Studios, has sold over 150,000 copies since it became available two weeks ago through Steam Early Access.

According to a post on the company's blog by founder Garry Newman, the team is "knocked out by how well Rust has sold," especially considering its still in Alpha and "isn't even a 100th of the game we are envisioning."

"It very much feels like we have been given all of this money – but we haven’t yet earned it. That’s something we have to do now," said Newman.

You can see how well the game's current build has sold compared to Garry's Mod via the handy graph below.

The survival sandbox game, where players will need to overcome struggles such as hunger, thirst and cold, and other players, is currently without a release date. 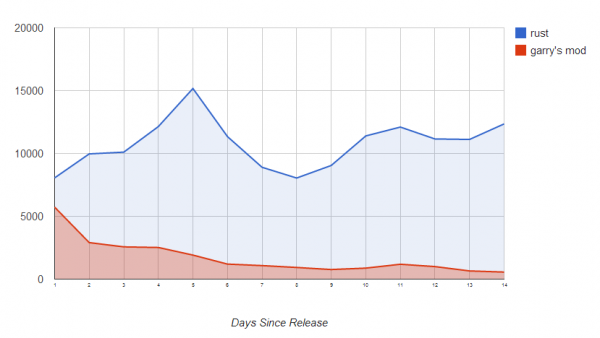