Full-blown remakes of classic games that were on iffy hardware seem like they'll become pretty common on the future - but Capcom is looking to set the bar high with Resident Evil 2.

The RE2 remake, which I played at E3, feels like a really clever combination of elements from across the series. The engine, many UI elements and general look of the game is borrowed from the realistic look of RE7. The close-up, over-the-shoulder camera feels borrowed from RE4, while the mood, tone, speed and difficulty appears ripped right from the original RE2.

It's a potent combination, and one that I feel pretty confident will set the standard for what a remake of a game from the late 90s should look like, jettisoning those dodgy early 3D visuals while holding on to the feeling of what made the original unique and special. I spoke to producers Yoshiaki Hirabayashi and Tsuyoshi Kanda about how they and their team approached tackling a remake of one of the most beloved horror games of all time.

VG247: First of all, I've got to say I'm really impressed with how the game feels. It really does carry the feeling of Resident Evil 2, even if it's actually quite a different game when you get down to it. How long did it take you to come up with this direction? What was the prototyping process like?

Yoshiaki Hirabayashi: Myself and all of the development team included... we have a lot of nostalgia and respect for the original material. There's a lot of key elements in there that mean a lot to us. When we were developing the game and prototyping it for the first time, we went through a whole lot of discussion to figure out which elements we wanted to keep, which elements are important in maintaining the original feeling of the game and which components can we actually make it a brand new experience.

One of those elements was the camera angles. We went through a tremendous amount of discussion about what we wanted to do with that, and it took a long time. These are the kinds of discussions that we took into developing a brand new Resident Evil 2. We wanted to bring something new, but also create something that paid the utmost amount of respect to the original content.

"As fans, we're butting heads and figuring things out, trying to understand each other and figure out what direction can work for everyone."

Given that respect you and the team have for the original, did you feel a pressure to get approval from the original staff, perhaps even those no longer at Capcom?

I will say, though, as a Resident Evil fan myself... we all feel like we're directors for this franchise and this game. We definitely have a lot of discussions saying... 'No, no no... this is my Resident Evil!' [laughs] As fans, we're butting heads and figuring things out, trying to understand each other and figure out what direction can work for everyone. There's a lot of that discussion as well. 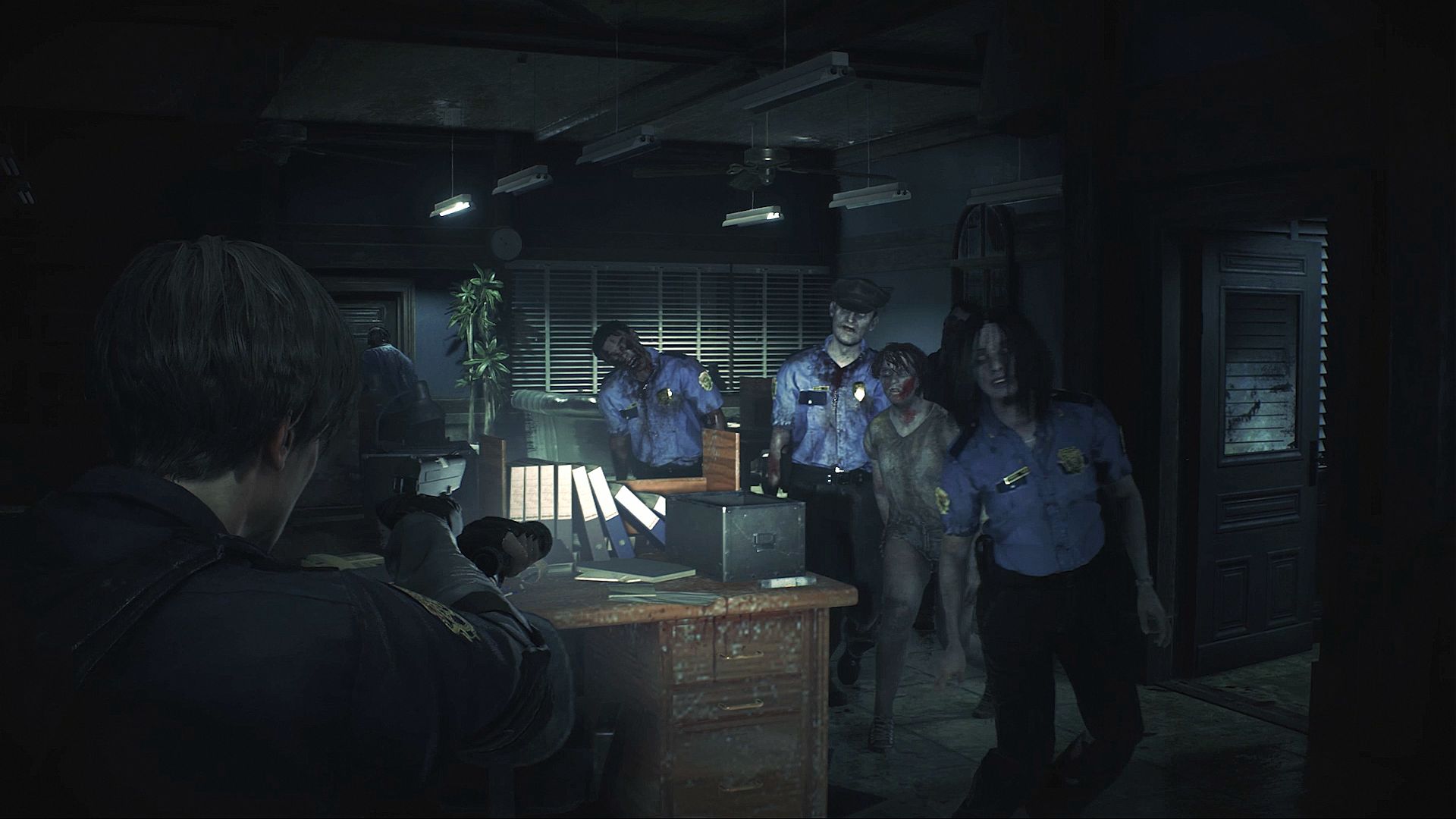 Among hardcore fans RE2 is quite well known for having a far-along, unreleased version of the original game fans now call Resident Evil 1.5. Did you go back and look at that version of the game to see if there was any inspiration you could draw from it?

Tsuyoshi Kanda: The simple answer is no - we really wanted to pay respect to the game that actually saw the light of day. I think it would definitely have been an interesting element - to incorporate the things that you saw in RE 1.5. It would've been interesting for fans to see that. At the end of the day, though, we wanted to pay tribute to the game that most players actually came into contact with and try out. Having said that, we did take the Eliza costume and made that kind of as an easter egg present to the fans DLC. So that was something where we kind of said 'alright, let's take this'. So, please buy the digital deluxe version!

In the demo I noticed the ability to spend limited resources to board up and block windows to stop zombies from getting in. I'm guessing this will play into the different campaigns. So how deep an impact will one campaign have on the other?

Yoshiaki Hirabayashi: There's a heavy amount of impact. So, at one point I was talking to the director and I was like... 'Hey, what's going on here?! There's tons of zombies coming through here.' He actually laughed at me. [laughs] He said, 'You should've been careful, you should've gone this route, you should've boarded windows up...' So yeah, things you do earlier like with the windows does have a heavy impact on what you might encounter later on.

"We're definitely trying to keep that tension curve so you won't ever feel completely safe - we're very aware of that."

RE2 has some pretty iconic music, but the series has used music in different ways in recent years, especially in RE7 and in the more action-focused entries. How are you handling it here in the remake?

Tsuyoshi Kanda: In terms of how we approached the audio and music this time around, I think a very important element in a franchise like this is making sure that players feel as much immersion as possible. With Resident Evil 7, trying to build as much immersion and tension as possible what we'd do was... well, because RE7 was a first person perspective, we'd pay more attention to the type of sounds that you'd hear around you. Audio that you'd actually hear in the world, in the surrounding environment. Sometimes there'd be music too. In order to build tension though, if there was a moment where we didn't want players to know what was ahead of them we'd mute the audio cues to really ramp up the tension.

Because RE2 has a different camera angle we're not incorporating the exact same techniques, but what we're doing this time around is we're trying to focus a lot on combat with zombies. Around that, we're doing whatever we can to make sure the audio elements really enhance that tension and immersion with those elements that we're trying to stress in RE2.

One thing I want to stress is that the composer working on this title is the original composer [Shusaku] Uchiyama-san. So even if it's 20 years later, this is very much his vision of what the audio should be for RE2. 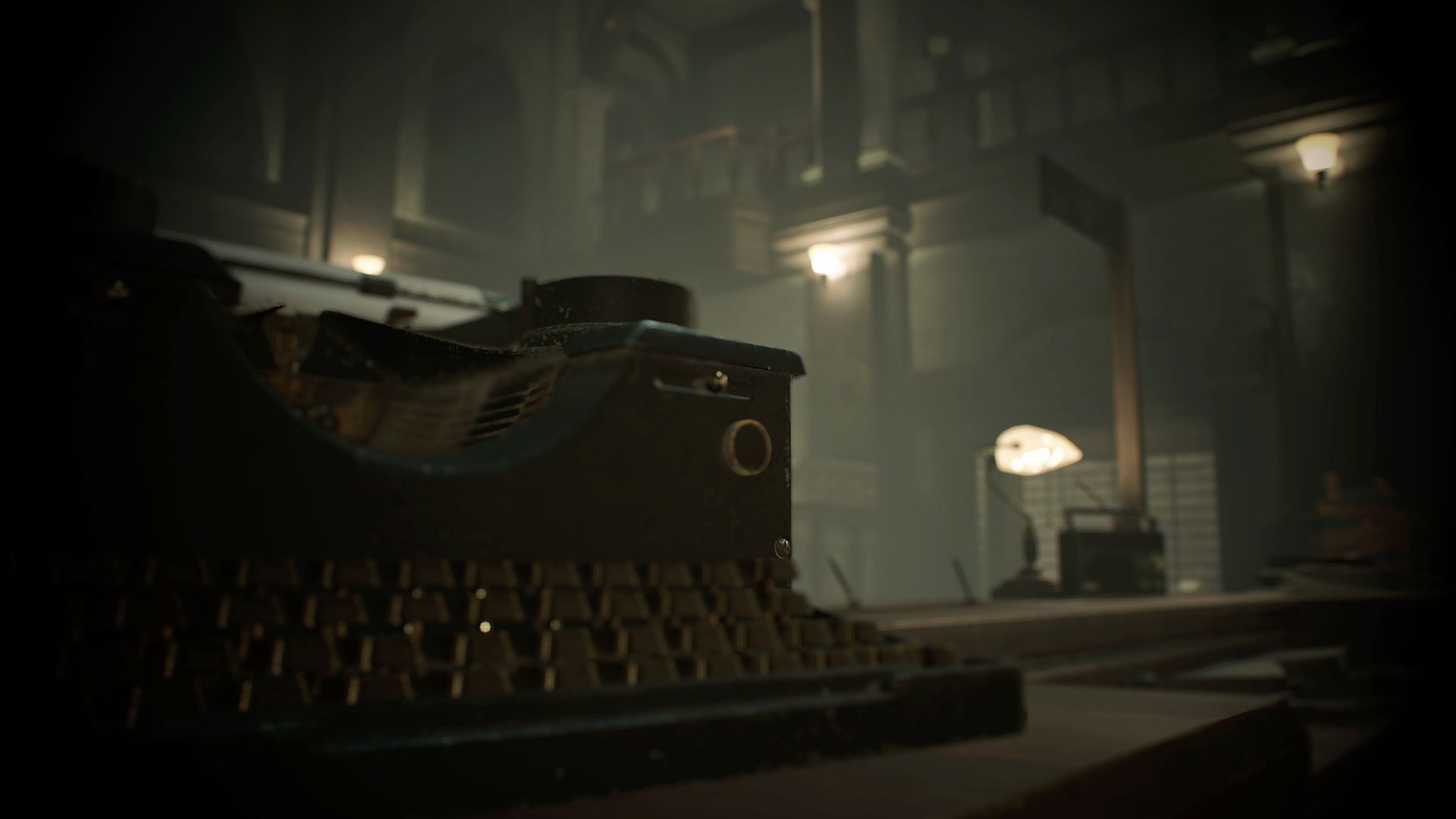 Finally, I just want to ask about difficulty. In the nineties games were harder. But this does feel like you're going for a difficulty closer to that era. How do you balance between being really challenging and not seeming unfair to modern players?

Yoshiaki Hirabayashi: In terms of the standard difficulty, it does adjust based on player performance. [Editor Note: A similar system to this made its debut in RE4 and has been used in pretty much every RE since.] I'd like to believe that you were doing really well and so the difficulty ramped up even more. [laughs] But we have it tuned so that no matter how well you're doing, there's always going to be that sense of dread and tension there.

Also, we are definitely implementing things that assist the player if they choose to utilize that stuff such as auto game. If a player thinks, hey, I'd rather have an easier time going through this, we will have those sorts of options as well.

Tsuyoshi Kanda: There's also having the limitation of the ink ribbons. Even with the higher difficulty we do have the ink ribbons with a limited number of uses for those who really want a true challenge, as well.

I felt like in RE7 there was a lot of power creep. You start out really weak and desperate, but by the end of the game you're a locked and loaded action hero. I actually liked that and felt like it fit that game, but will the curve be the same here, or different?

Yoshiaki Hirabayashi: Well, the player will get a variety of different weapons, for one. I think the Resident Evil franchise is all about overcoming your stress, gaining that satisfaction of overcoming obstacles... so, don't worry, there's definitely those moments where players will feel empowered and satisfied by overcoming huge challenges. But also, we're definitely trying to keep that tension curve so you won't ever feel completely safe - we're very aware of that.

The new RE2 isn't only horror - it's a horror and entertainment package.