Rainbow Six Siege welcomes those short on cash but rich with time. 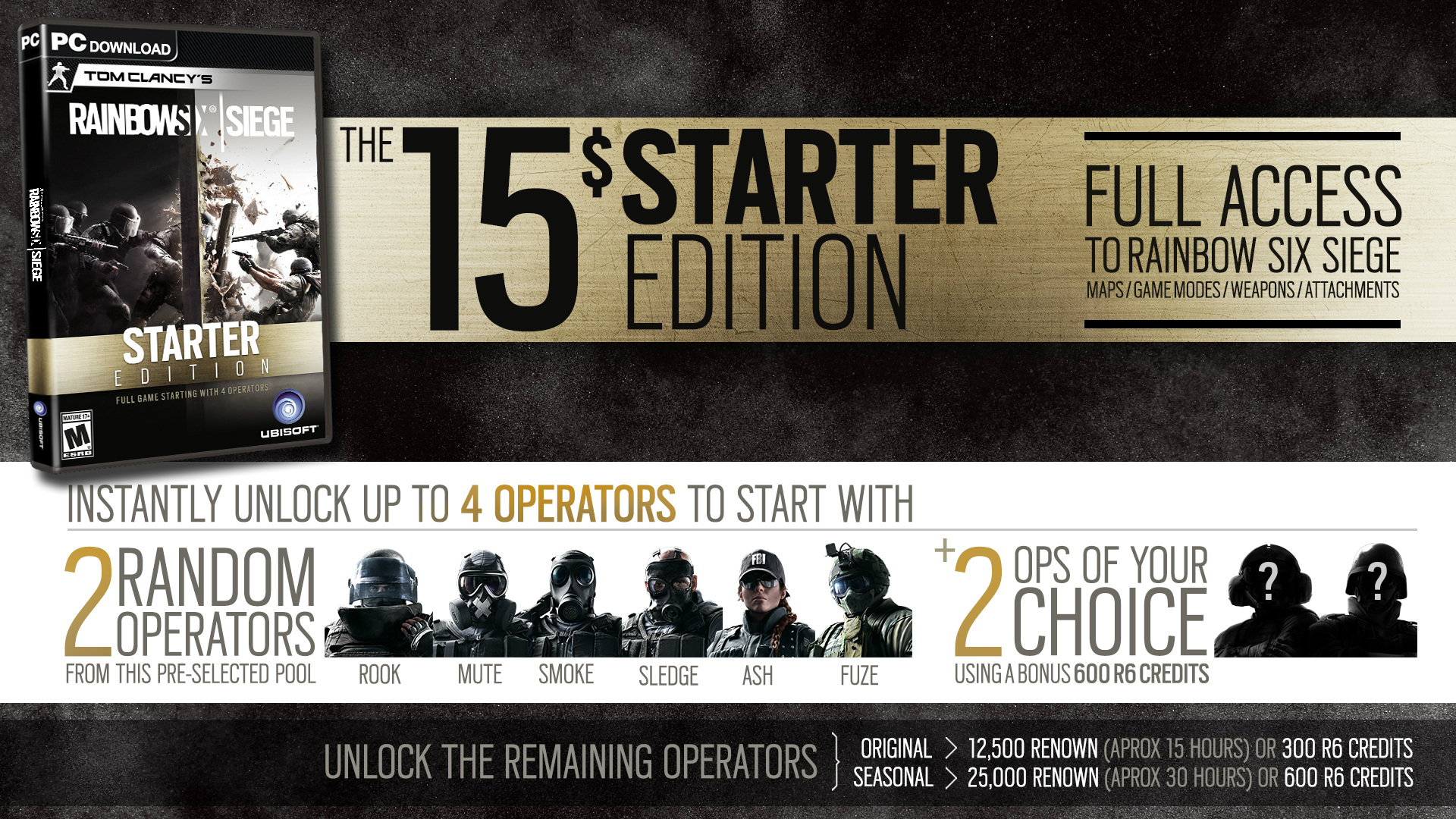 The Rainbow Six Siege Starter Edition is back, although this time it is exclusive to Uplay and won't be withdrawn from sale after a brief visit.

The $15 package offers a cheap way into Rainbow Six Siege, a frequently updated and lively scene it's definitely worth checking out - but it's worthwhile noting how this version differs from the one with the standard price tag.

Although Rainbow Six Siege Starter Edition allows access to all content and has no level restrictions, it puts the brakes on collecting Operators via the in-game currency, Renown. Each of the original batch of Operators goes for 12,500 Renown - a serious increase on the 500 to 2,000 Renown paid by those who own the full game. It'll cost you an additional $35 to buy them all if you can't be bothered grinding.

You do get two Operators to start with, randomly chosen from a newb-friendly pool of Rook, Sledge, Ash, Fuze, Mute and Smoke, and enough credits to purchase two more Operators or whatever other in-game content you please. Also, post-launch Operators cost the same for everyone, regardless of whether they're playing Rainbow Six Siege Starter Edition or a full-priced version.

Rainbow Six Siege Starter Edition debuted in June 2016 for a limited time, and popped back up again briefly in September; it has never been made available on consoles. It's become permanent right as Rainbow Six Siege Year 2 kicks off with Operation Velvet Shell.