"There’s been overdoses of moral panic, hyperbole, petitions, research, lots of heads banging on tables and too many trips to Canberra to remember, but this week adult gamers in Australia will join other mature audiences across the western world who are able to access and enjoy ’age appropriate’ material," Curry wrote in a new blog post.

"With the final tick off from Queensland, we now have a national scheme allowing for the release and sale of R18+ titles in Australia."

Curry offered thanks to a number of individuals and organisations which played a major role in helping move R18+ forward in Australia, including academics, journalists, political groups, retailers, more than 90,000 Australians who took part in a submission process, and the former minister for Home Affairs, Brendan O'Connor.

"Brendan O’Connor and his team took hold of this issue and really championed the political push that was needed to get an R18+classification on the Commonwealth agenda. Through Brendan, his policy team and the Classification Branch of the Attorney-General’s Department, the R18+ issue got its first real political leg up," Curry said.

"This whole process has highlighted the maturing of an industry and the maturity of Australia’s gamers. Over the last four years we have seen a cogent, consistent and constructive argument put together for an R18+ classification. All stakeholders have come together to make an R18+ rating a reality and collectively deserve a huge amount of recognition.

"Well, that’s step one in our master plan to have an Australian classification scheme that’s fit for purpose and able to cope with the rapid change in content creation, delivery and consumption. I guess I have something to do for the next ten years."

Australia's R18+ rating came into effect on January 1 2013, after years of debate. The first game to receive the new classification was Ninja Gaiden 3: Razor's Edge, but Vita title Sigma 2 Plus beat it to market. 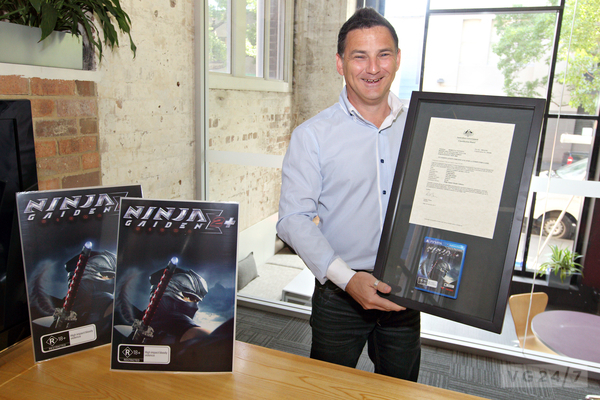