Pokemon Rumble U's second wave of NFC figures have been revealed by The Pokemon Company. The figures can be scanned into the Wii U game using Nintendo's GamePad controller, much like the figures in Disney Infinity or Skylanders.

We've got images of the first batch of figures here, ahead of their April 24 release in Japan, and a trailer of them in action here.

The second batch will hit Japan from May 25 and includes Eevee, Mewtwo, Croagunk, Zoroark, Litwick and Genesect along with another, secret figure. Here they are: 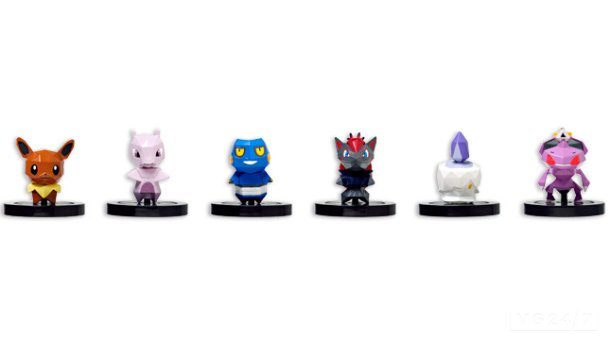 We'll have more on Pokemon Rumble U as it happens. Would you like to see the figures head west soon? Let us know below.