Pokemon is known for its super-rare, hard to catch legendary creatures, and in a tradition that started way back with Mew in Pokemon Red & Blue, Nintendo is offering legendary Pokemon as timed downloads only. Next up is Meloetta in March. 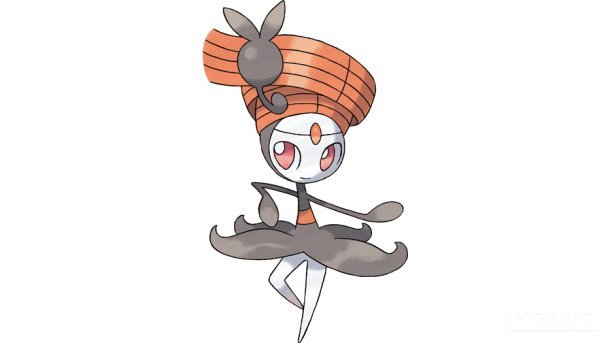 There she (it) is. Meloetta can be downloaded at American GameStop stores between March 4th-24th. It's a Legendary normal type creature that can take two forms - Aria and Pirouette - in battle.

Meloetta hasn't been confirmed for a UK or Europe release, but it'll no doubt be dancing its way to our shores soon enough.