PlayerUnknown’s Battlegrounds received a patch earlier today on test servers, and it has already brought us more good news than we anticipated.

Battleground's big September patch was datamined by players to reveal something we didn't expect to see so soon: a layout of the upcoming desert map.

The map was talked about a number of times before by creative director Brendan Greene, and we even got a glimpse at one of its towns back at gamescom, but that's about it. Today, Reddit user bizzfarts (yep!) found the map's layout in one of the patch's directories.

Using UModel, he managed to uncover an early, overhead representation of it. It was conveniently located under in the directory 'Desert_Minimap.' For some reason, though, the names are all in Spanish, but the Reddittor managed to do some rough translation, even if it's not always the best.

Here it is (you can download a high-res, lossless version from here). 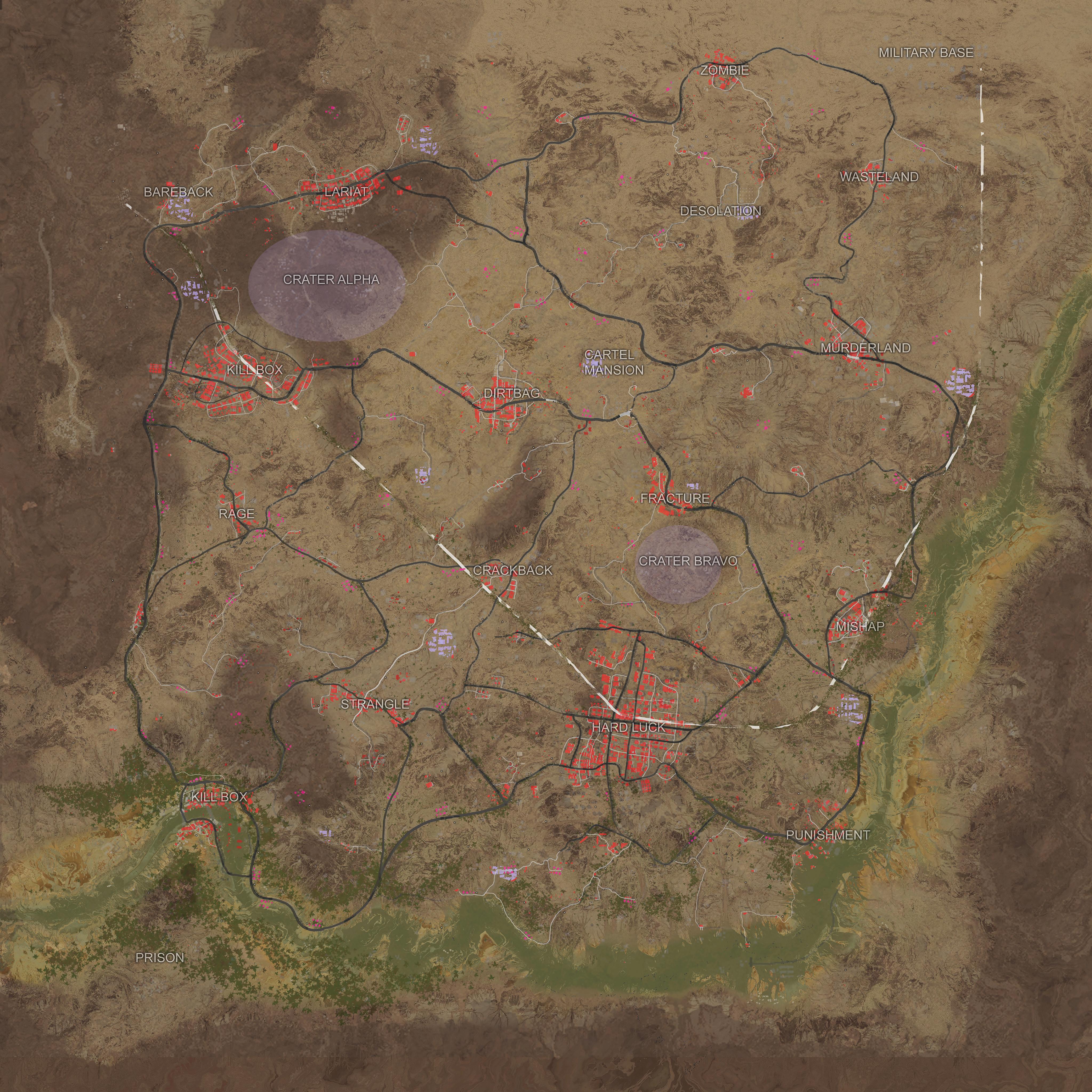 It doesn't look like there's any water here, which is probably something that'll make many players happy. I also like how intimidating all the names are, completely in your face. Still, it's better than the weird Russian-sounding names that fill Erangel. According to the same user, the big town we saw last month is about four times as big as Pochinki, assuming the scale of both maps is the same.

All that said, this layout may not be the one we get at launch. Even the town names, as amusing as they are, may just be placeholders.

Making a new map takes a lot of time, according to Greene, so it'll be a while before we actually see it in the game. Until then, we have other big features to look forward to such as vaulting, which is said to be coming in November.