OZombie has been revealed by Spicy Horse boss American McGee. It's a twisted take on The Wizard of Oz, starring a giant mutated hound version of Toto, and a shit-scary Tin Man. 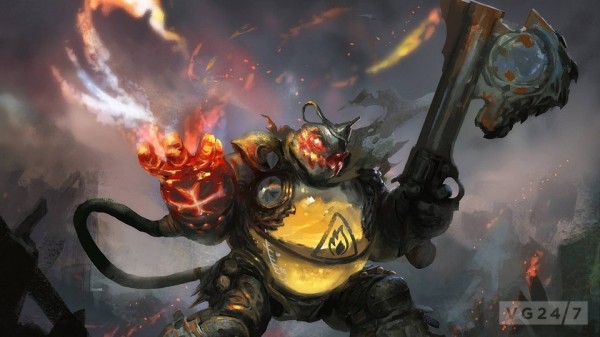 The game was unveiled over on the OZombie Facebook page, along with some pieces of dark concept art showing Dorothy, Toto, the Tin Man, the cowardly Lion and stars the Scarecrow as the villain.

It also has nothing to do with the Wizard of Oz game cancelled by Atari in 2004, and it's an episodic game heading to Windows PC, Mac, Linux and tablet devices - all of which will support cross-play.

Last week we reported that McGee will take both OZombie and Alice: Otherlands down the Kickstarter funding route, and is currently working on both campaigns. We'll have more once they emerge.

Do you like what you see of OZombie so far? Let us know below.