Back in August, Nvidia revealed and then quickly released the GeForce RTX 2070, 2080 and 2080 Ti, the latest next-generation graphics hardware. Their more affordable little brother is about to arrive - but is it a worthy upgrade?

The Nvidia GeForce RTX 2060 has some impressive claims to live up to. At $350 it's by far the cheapest of the Nvidia next-generation RTX graphics hardware devices, but Nvidia also made some aggressive statements about the card around its CES 2019 reveal. While initial rumors pegged this as a bargain-basement basic card with stripped back features, the 2060 actually has access to those much-touted new additions like Deep Learning Super Sampling (DLSS) and ray-tracing. Furthermore, Nvidia claims you'll be able to get some solid performance out of the card that theoretically should totally surpass its much cheaper predecessor, the GTX 1060. It's so good, in fact, that this might be a worthy upgrade for users of the 1070, 1070 Ti and even 1080. That's the claim and the intention from Nvidia. Obviously, we wanted to test that.

From outward appearances, the base RTX 2060 Founder's Edition card is quite similar to the 2070 put out last year. It shares a processor, a dual-fan setup, an eight-pin power connector and even the same ports - a HDMI 2.0, a USB-C that's useful for VR, two DisplayPort and a single Dual-Link DVI. That last one is actually incredibly important, as the inclusion of the Dual-Link DVI acts as sort of a mission statement for this card.

The super high-end RTX 2080 cards dropped this port, which makes sense as it's not typically present on the ludicrous high-end 4K gaming monitors people likely to purchase those GPUs will use. Its presence on the 2060, as with the 2070, immediately positions this card to be used with more mid-range and even entry-level monitors. It's a format arguably most at home at 1080p or 1440p, and it appears Nvidia envision the 2060 getting the most use at those sorts of resolutions.

Inside the card a lot more is different to the RTX 2070, its nearest neighbour. The card has less bandwidth, a couple of gigabytes less GDDR6 RAM, less CUDA cores, a smaller memory bus and so on. All this is technological chatter that's been covered in far more detail by more tech-driven people like the excellent Digital Foundry review - so we're going to skip over the numbers somewhat and get down to the games. 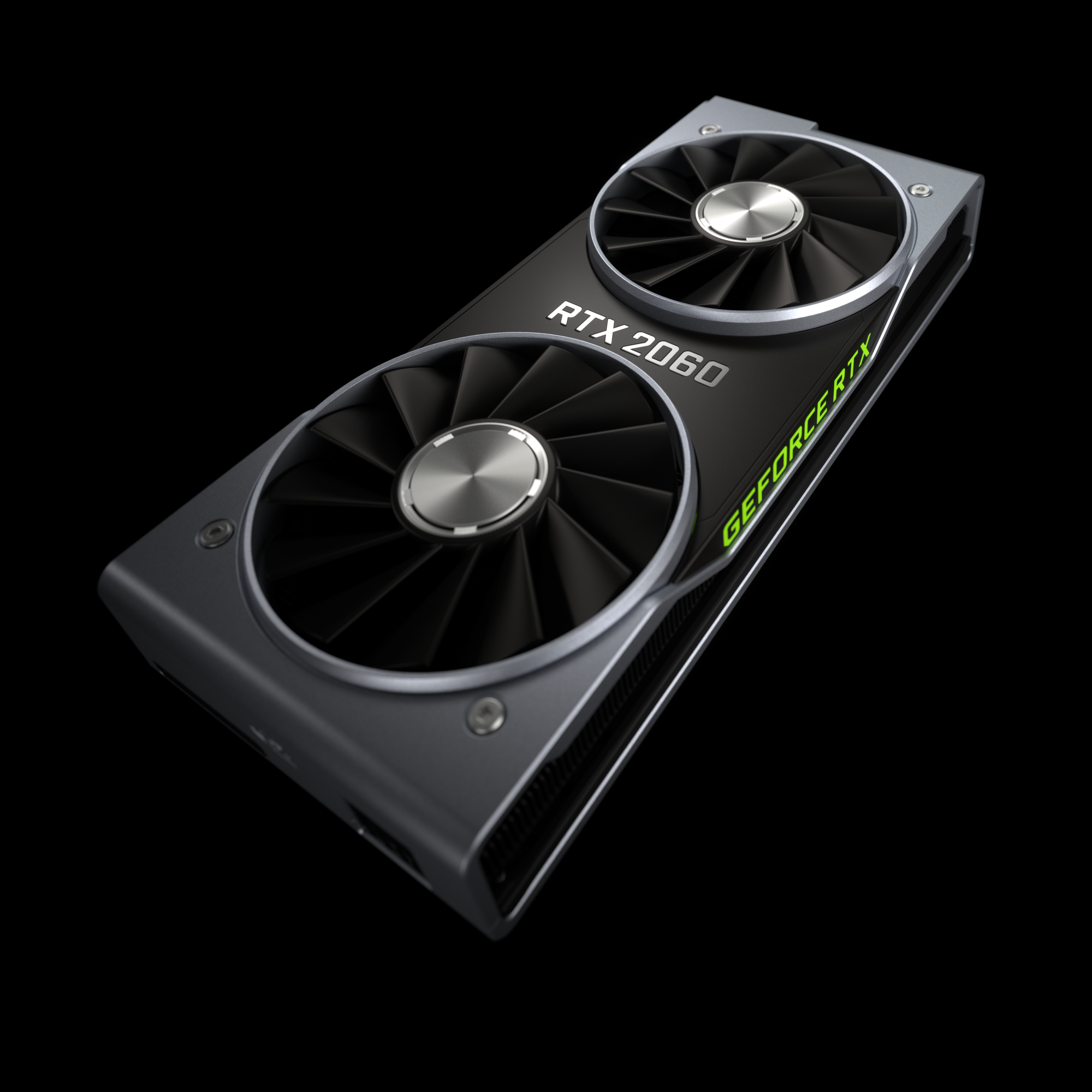 Raw Performance: base gaming impressions of the RTX 2060

We're going to break our testing here into three sections - the first, raw performance in games without worrying about those additional features like ray-tracing or DLSS. We tested the 2060 with several games including Wolfenstein 2, The Witcher 3, Battlefield 1 and Assassin's Creed Odyssey - and while of course the results vary from game-to-game, a general picture emerged pretty quickly indicating how the 2060 handles things compared to its peers.

Performance of course will vary depending on what resolution you're planning to shoot for. Here's some quick impressions based on all the games we tested - let's talk about frame rate, resolution-by-resolution, with each game running on max settings (or near to it) with some tasty anti-aliasing:

Ray-tracing, Battlefield 5 and the search for 60fps

After initial rumours suggested the RTX 2060 wouldn't even have access to ray-tracing, Nvidia had a lot to prove - and decided to do so by touting that the card wouldn't just have ray-tracing - it'd offer ultra settings Battlefield 5 with ultra settings ray-tracing at 1080p and 60fps. Part of this certainly wouldn't have been possible without the hard work of DICE patching the game and improved drivers from Nvidia, as RTX ray-tracing launch performance was often pretty sketchy - but to be fair to Nvidia, they've done it. The claim is true. It works - sort of.

If you don't know what ray-tracing is, check out the video above, a demo from the reveal of Nvidia's RTX hardware and real-time ray-tracing tech. It's essentially a new way of portraying lighting in games that allows for more realistic lighting elements such as reflection or shadow. In Battlefield 5 it's all about reflection, and as well as looking gorgeous can have some interesting in-game implications like being able to see enemy movements subtly reflected in surfaces like car bodywork or building windows. While striking attempts have been made with fakery, ray-tracing is entirely real-time, entirely reactive light - and the difference is notable when the technology is properly implemented. It's impressive and worthwhile stuff, but as we said back in September the challenge is the performance hit required to have it turned on and the cost of the hardware.

The RTX 2060 aims to solve those, at least at lower resolutions. It's $350, for one - far more reasonable - but also it offers that performance Nvidia promised. If you just hop into Battlefield 5 with everything set to ultra at 1080p, including ray-tracing, the game will be at 60fps... sometimes. It'll fluctuate a lot. However, a few small tweaks - such as dropping texture quality from ultra to high - can help to eliminate a lot of the downwards movement and allow you to experience ray-tracing at a near-solid 60fps. Performance also varies quite a bit between modes - so campaign missions will chug a lot more in frame rate terms with ray-tracing on than multiplayer maps - but let's be honest, who buys Battlefield for the campaign anyway?

The fact that this performance is possible at all is impressive - and it further cements the idea that this is a great GPU to experience the new features on if you're content to stay away from 4K for now. 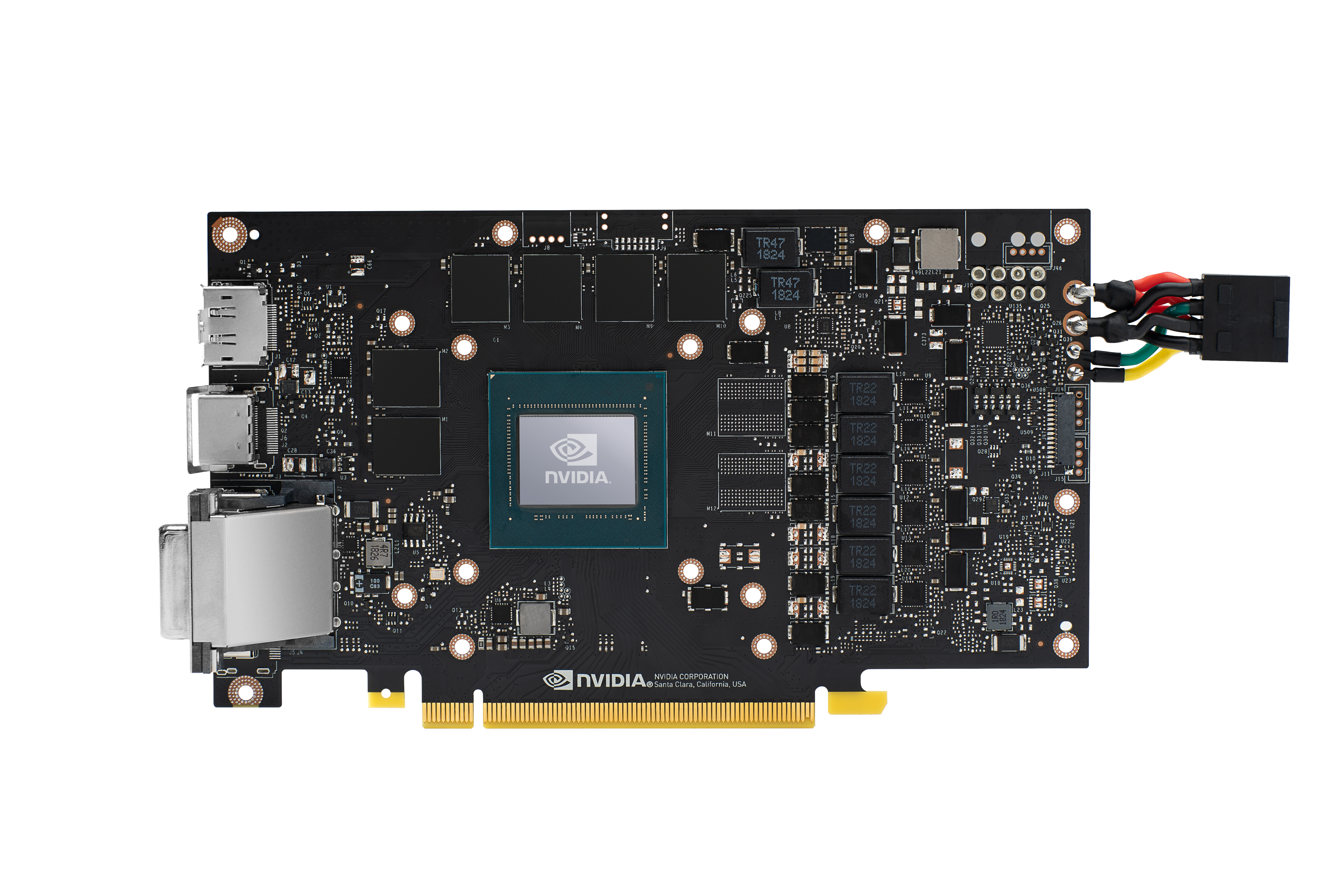 The other big feature added to the Turing architecture RTX-series Nvidia cards is deep learning super sampling - DLSS. This system essentially uses a deep learning algorithm, crunching the image before you see it to ultimately provide a better-looking, crisper image with less aliasing. On top of all this, it does this while actually providing a performance boost. Games have to be programmed to support DLSS, but where they do it can make a significant performance difference - and in this instance, we hopped into the Final Fantasy 15 PC benchmark tool to measure the performance on the 2060.

We already know from using the 2080 Ti what a difference that DLSS can make to frame rate and picture quality, but the difference is actually more pronounced on the RTX 2060 due to the card being more restrained in power. If you max out FF15 on ultra settings at 4K resolution, the 2060 will struggle to post an average of more than around 25fps. Switch to DLSS and that average jumps to over 30fps, meaning you've essentially got a version of the game that beats the console versions at 4K resolution - and looks better to boot. 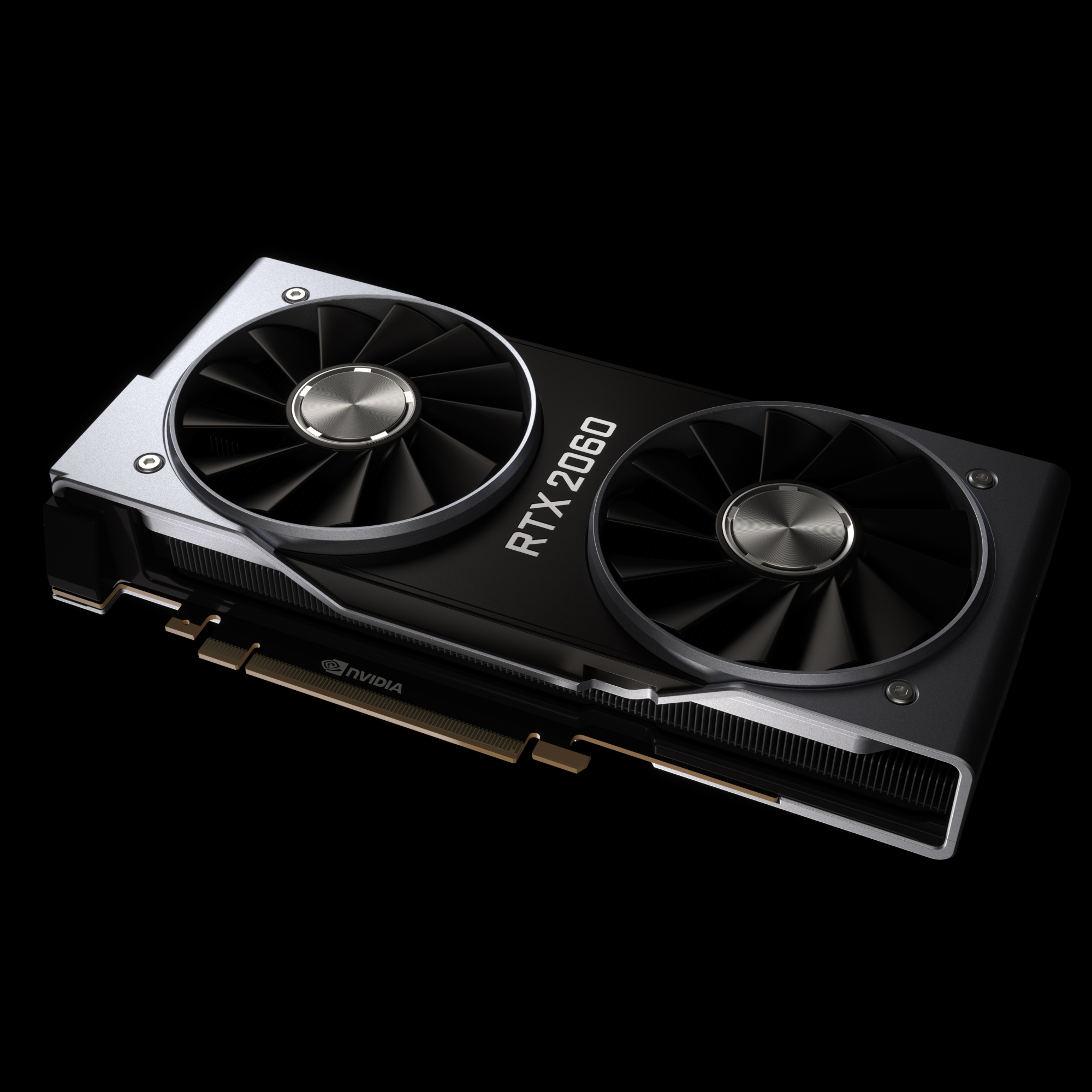 Let's be real for a moment - unless you're extremely lucky, $350 (or £330/€369) is not small potatoes. It is, however, a significant dent off the 500-plus you'd be looking at for the other RTX series cards that give you access to features like ray-tracing, DLSS and simply the performance of this new generation Turing hardware. Nvidia is frequently focused on the most hardcore users, especially early on in a new architecture generation - but this is a decently-priced card for those looking to get on the ray-tracing and DLSS train early on.

Indeed, the few disappointments with the GeForce RTX 2060 are ones that are generally true for Nvidia's new hardware as a whole. Performance with ray-tracing is decent, but still leaves a little to be desired even after patches. Battlefield 5 is a ray-tracing masterclass, but few other games currently use it. DLSS has all the signs of a performance game-changer - but it too must be patched into games, and currently the list of software that supports it is all too slim.

These are issues that will surely be fixed once the hardware is more than a few short months old. The technology is impressive and the new features worth using - and in the meantime, the RTX 2060 is a card that provides great performance and, if you assume its RTX and Turing-exclusive features do blossom as they should - good value. If you've got the extra cash to drop then of course the higher-end RTX models are of course worth your attention - but as an entry-level product to the range, this is a compelling piece of kit.