No Man's Sky: Beyond is now available across all platforms, so let's take a look at what you'll need to build the new Nutrient Processor and how to make friends with the local wildlife.

As part of the Beyond update, you can now befriend animals in order to collect their milk, eggs and to ride them around.

First off, summon the Space Anomaly by pressing down on the d-pad while in space and selecting the prompt to call for it. Then head to the Nexus which is in the centre of the hangar and look for a mission that relates to wildlife.

With all Nexus community missions, a prompt will be sent to everyone on the Nexus that you're away on a mission and that they can join you. Then, you'll be warped to the target planet to make things a little more streamlined when playing with others. 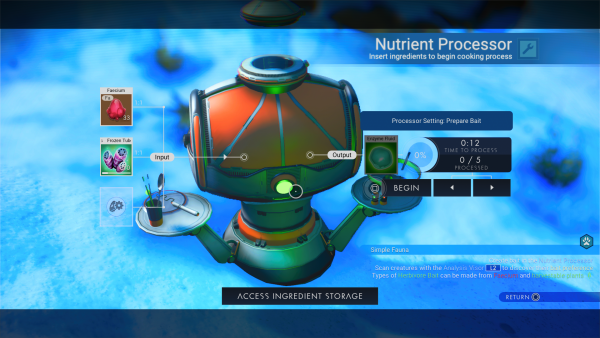 No Man's Sky: Beyond - how to build the Nutrient Processor

Before you can even think of riding around on a rabbit-rhino hybrid, you'll first need to create some Creature Pellets using Carbon. Once you've fed an animal, they will poop and you can collect the Faecium to use later.

Once you've got the Faecium, you'll need to make some animal bait. To make said bait, you must construct a Nutrient Processor, so you'll need to build two Metal Plates, 25 Sodium and a Hermetic Seal.

After you've got your Nutrient Processor up and running, you'll need to find Harvestable Plants, like Frozen Tuboids. You can easily find a few of these by using your Analysis Visor to look for a little leaf icon.

Once you've collected your Faecium and Harvestable Plants, you can combine them to get Enzyme Fluid, which can be used as bait for Herbivores. 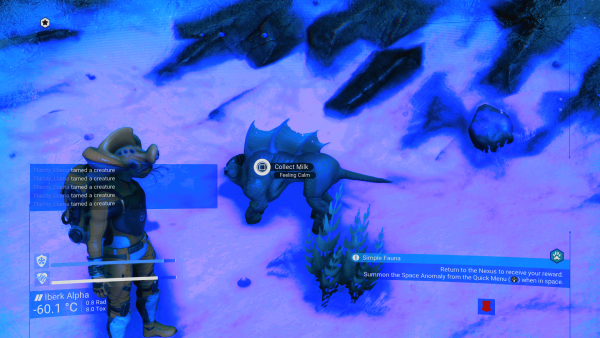 No Man's Sky: Beyond - how to tame and mount creatures

Collect the Enzyme Fluid and press down on the d-pad and go to the Utilities menu to throw out some bait. A friend should come running over and you can collect Fresh Milk or Eggs from them and, if they're large enough, mount them and go for a ride around.

For the Nexus mission Simple Fauna, I had to tame 12 friends, so just throw out loads of bait until the mission is complete. 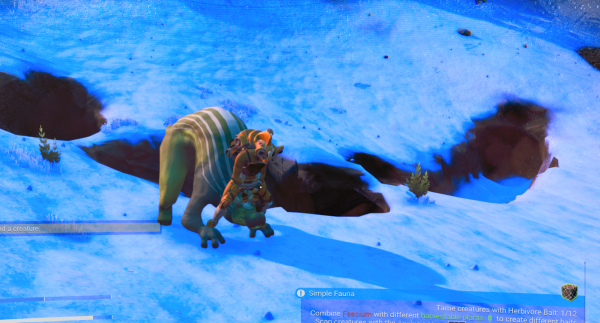 By scanning different creatures, you'll learn about different kinds of bait. You can see their preference on the left-hand side of the screen. You can also combine different Harvestable Plants to create Advanced bait which can be used to mount or farm animals by using new technology.

Advanced bait can be made in the Nutrient Processor, so have a play around to see what combinations you can create.

You can check out what else is new in No Man's Sky: Beyond in our guide here, or you could jump right in with our guide to powering your base.

More On No Man's Sky