No Man’s Sky is set to receive its biggest and best update later this week, with an all-new VR experience, expanded base-building capabilities and a new social space to connect with other players.

Beyond consists of three key concepts: an incredible VR mode, a new multiplayer hub that supports up to 32-players at once and No Man’s Sky 2.0, which brings with a gargantuan amount of new activities and changes to systems.

The free update - yes, it really is free - releases on August 14, so there's not long to wait before you can jump in and experience what essentially feels like a brand new game.

No Man's Sky: Beyond - VR support

The VR update supports PSVR, Oculus Touch and Valve Index Knuckles, which means players on all platforms can try out the new mode. You can choose to seamlessly teleport to new locations or manually fly your ship to new destinations.

New animations have been added for VR that make even the simple act of entering the cockpit, grabbing the throttle and taking off that much more exciting and akin to a flight sim. 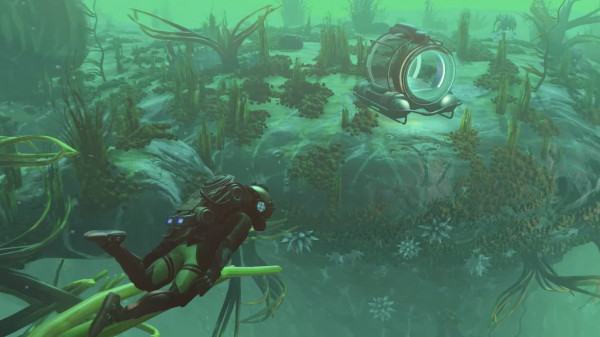 No Man's Sky: Beyond - Nexus hub and multiplayer missions

The online and multiplayer components of No Man’s Sky have been given a complete overhaul in Beyond, with the introduction of the new social hub, the Nexus. It’s similar to the Tower in Destiny 2 where you can interact with NPCs, shop for new gear and show off your creations to between 16 and 32 players.

There will also be featured bases, similar to the way The Block works in Fortnite, where the best of the community’s work will be shown off.

There are all-new multiplayer missions to complete, too, ranging from photography to archaeological digging. If you head to the community missions board and select a mission, every player who is currently in the Nexus with you will receive an invitation to join you.

Player connectivity has always been one of the key aims since No Man’s Sky released back in 2016 and this update finally brings that concept to life. There are multiplayer missions to suit every playstyle, from pacifist exploring to going on a 32-player bounty hunt across the galaxy.

There’s also no load time when entering the Nexus; you can fly straight there and every player around you is there in real-time. NPCs will also act differently after the Beyond update, and you’ll find them walking around the Nexus, on planets and other areas rather than staying static. 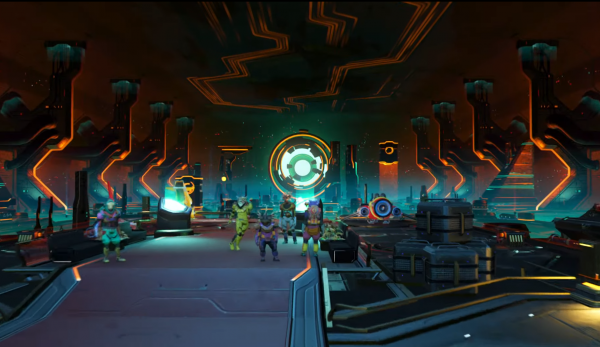 You’d be forgiven for thinking that there were already enough changes happening in No Man’s Sky, but the addition of VR support and the Nexus are tiny compared to the 2.0 update.

Almost every system and concept in No Man’s Sky will be overhauled in Beyond. Base Building is set to change dramatically, with new farming possibilities, industrial building, the ability to use electricity to set up mini computers and more.

You can now tame, ride and milk the many wild animals found on land, and there are more cooking options should you want to eat your friends. You can build machinery like miners and extractors to help maintain a steady supply of resources, as well as build solar panels for your new base.

You’re also more likely to run into other players on planets, and new base building community missions mean you can team up with folks to make a cool new base without the need for badgering your friends in real life to help you. 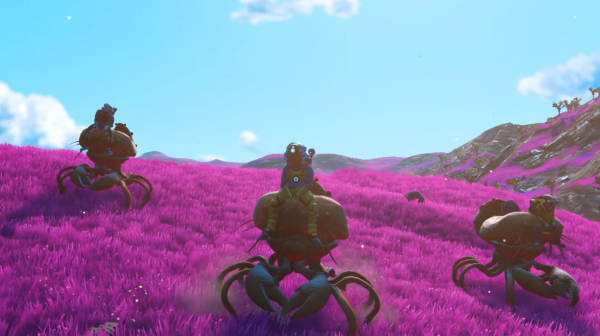 A new alien language system will also be available for those wanting to improve their lexicon, with NPCs offering new quests, including Guild envoy missions.

Subtle changes to animations have also been made, such as how you enter/ exit your ship, seeing your character in dialogue and when showing off emotes to other players. Another key change is character recognition of points of interest; your character will now automatically turn to look at a POI, rather than have you spin wildly trying to pinpoint it.

A new tutorial will be available to get you up to speed with some of the changes, particularly around the Nexus and new multiplayer content. Sadly, cross-play won’t be coming to No Man’s Sky in this update, but it hasn’t been ruled out for the future. 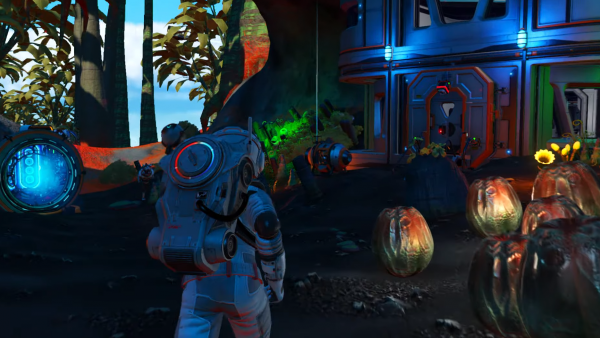 Whatever your playstyle, there should be a wealth of new content for you to explore and connect with other players like never before. I’m personally looking forward to hoarding animals and riding them around my soon-to-be space farm, but if you’re a glutton for missions and space battles, you’ll have plenty of freighter combat and bounty hunting to keep you occupied.

More On No Man's Sky