Nintendo Switch Online has been a long time coming and it finally released today at 8 pm PST / 11 pm EST / 4 am BST on September 19.

This will be the first time Nintendo has charged for an online membership service to get the most out of your games, bringing it in line with its competitors and the likes of PlayStations Plus and Xbox Live Gold.

You can pick up a free trial for seven days before you’ll need to pay for access to things such as online multiplayer and Nintendo’s retro game library. There will also be access to cloud saves for the first time as well as 20 NES games bundled into the subscription. Nintendo has tried hard to make the subscription wallet-friendly and cost-effective, it seems.

How to get Nintendo Switch Online

There are a few payment packages, starting at $3.99 / £3.49 per month, or $19.99 / £17.99 for the year, which is considerably cheaper than Nintendo’s counterparts. However, we realise that any cost is due some consideration and the subscription might not be for everyone.

Do I need Nintendo Switch Online for online multiplayer?

The obvious benefit to signing up to Nintendo Switch Online is online play. By having the subscription, you can take part in multiplayer games like Mario Kart 8 Deluxe, Super Smash Bros Ultimate and many other competitive games out there. We’ve taken this free feature for granted over the last 18 months or so, so if you enjoy online co-op play and multiplayer games, you’ll need to consider a subscription package.

The small print does state that some exceptions may apply for some free-to-play titles but by and large, you gotta pay to play online. Games such as Fortnite and Warframe will not require Nintendo Switch Online to play.

These will be followed by three additional titles each month with upgraded graphics and some limited online and two-player functionality. The original NES Metroid will be coming in November and the likes Ninja Gaiden coming the month after. You can find the full list on Nintendo's NES web page.

After the launch, you’ll also be able to buy Nintendo’s wireless NES controllers for playing the retro style games.

Nintendo Switch Online will rely on peer to peer gaming

There are no dedicated servers for Nintendo Switch Online as of yet so players will have to play using on P2P gaming, which relies on the internet connections of individual players to host matches online, making it a little unreliable.

Features like voice chat are limited and go through the new smartphone app rather than allowing you to plug in your headphones straight into the Switch console and use an in-line mic. You can also use the app to view in-game battle stats and seek out additional information on selected titles. 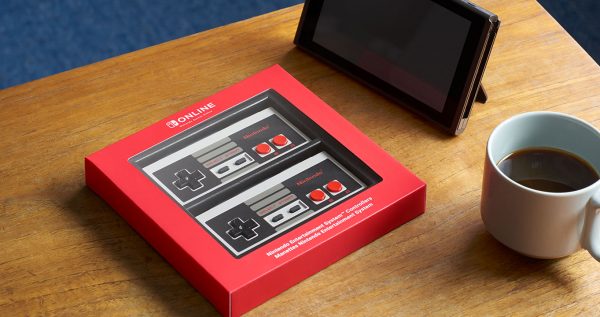 You'll now be able to securely and automatically back up your game data in cloud storage for easy access. If you were to somehow misplace or destroy your Switch or even buy another one you'll be able to find all your save files stored safely online.

If you’re connected to the internet, your save data will be backed up automatically, even when your Nintendo Switch is in sleep mode. Nintendo has made their backup system easy to navigate and incredibly secure so players won't have to worry about misunderstanding instructions and accidentally deleting their files.

At launch, your Switch user profile will permanently lock to your Nintendo Account to ensure that you can safely manage your cloud saves and purchases. However, you'll need to keep your Nintendo Switch Online subscription renewed or you could lose all your saved data.

You may encounter a few error codes when you try to access the eShop to but Nintendo Switch Online. These include Error Code 9001 - 0009. The only way to fix that error at the moment is to have a little patience and try to access the eShop again. IT just seems to be a case of the eShop being overwhelmed with requests as we got access after our third try.