Reset the clock, because the Super Smash Bros. Melee community and Nintendo are at loggerheads again.

For those who follow the wider competitive fighting game eSports scene, that’s a semi-regular occurrence. Attempting to get going with the MLG, fighting over which Smash games are selected for Evo, even dealing with abuse within the community - the Smash scene always seems to be going to war over something. This time, Nintendo is the one at fault.

So, a bit of background. ‘The Big House’ has been a mainstay of the Smash tournament scene for many years. In the midst of a global pandemic the tournament organisers did what many have done with games like Street Fighter, Killer Instinct and their kin - they took the tournament online.

For Super Smash Bros. Ultimate, this is relatively simple. The game has online functionality, and while it is classic Nintendo-level online - that is to say, lacking features in places - it’s serviceable enough to run an online tournament with a bit of organizational jiggery-pokery. But the Smash Bros. community has always been split between the new games and the old - and so something had to be done about Melee.

This is where things get complicated. There’s an excellent fan-created mod for the GameCube emulator Dolphin allowing Melee to be played online with silky smooth rollback netcode. Anybody into fighters knows that rollback is the gold standard for online, and in truth the mod, Slippi, was really built with Super Smash Bros. Melee in mind. So the organizers of The Big House decided to put together an online pandemic-safe Melee tournament using the mod.

You can imagine what happened next. In a statement issued to Kotaku, Nintendo explained that it contacted the organizers of The Big House and asked them to cancel the Melee tournament due to its use of the Slippi mod framework, which requires an emulator and thus a ripped copy of Melee to use. The organizers refused, Nintendo says, so the company lawyers broke out a cease and desist letter, forcing the overall cancellation of the event - meaning the Melee issue took down the perfectly serviceable Smash Ultimate tournament also. 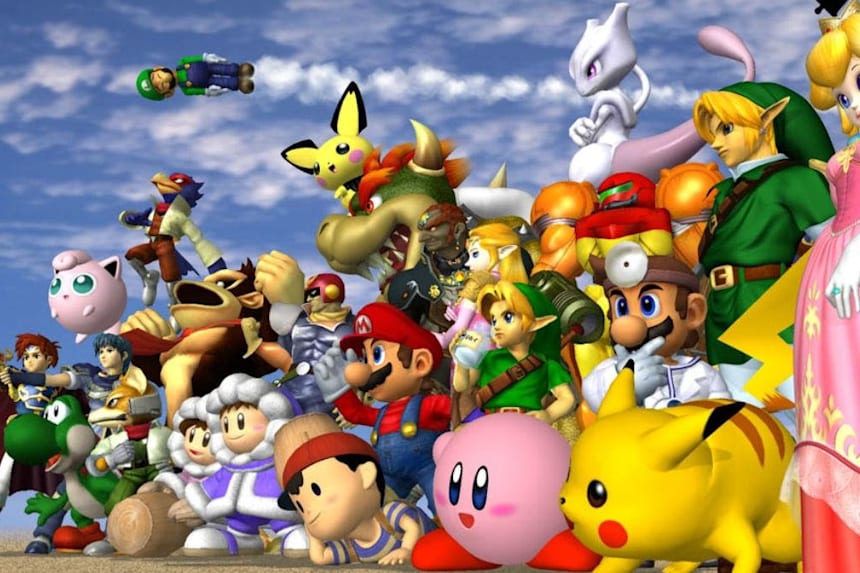 For someone like me, primarily a Street Fighter fan with a passing interest in competitive Smash Bros, the following outcry was predictable. I’ve seen it all before. When Evo announced that it would no longer host a Melee tournament in favor of just Smash Ultimate, to glance at Melee Twitter or Evo’s replies was as if the world was ending.

This is relatively alien to me - in Street Fighter, the new game comes out and we move on, unless the new game is so bad that it warrants rolling back to the previous one, as with Street Fighter X Tekken. Either way, aside from anniversaries and throwbacks, most franchises run one tournament game at a time. When Evo dropped Melee, I tweeted a joke about being free of the tyranny of Smash taking up two valuable game spots and my replies blazed with everything from genuinely funny burns to death threats and racism for over a week. Anyway, the point is, Smash has never been like other fighters - in the competitive community, Melee is practically a different franchise. Despite my jokes, I do respect that concept.

So people have written cute parody songs, but others are screaming into the ether about how a billionaire needs to buy Nintendo to save the franchise. A lot of it is low-quality rubbish, like a meme mocking Nintendo for shutting down a tournament for using emulation despite deploying emulation themselves for the Super Mario 3D All-Stars release. Others have genuine points, though, like how some of Nintendo’s more hostile actions towards the Smash community have shut down events that would’ve raised huge sums of money for charity.

It all feels rather futile, however, and as an outsider I can’t help but wonder how the people behind The Big House didn’t see this coming. The Big House is on Nintendo’s radar - the company has sponsored past iterations of this event - so were they really surprised when Nintendo stepped in after seeing something it didn’t like?

All of this sits in a legal grey area. Emulation is generally legal so long as you follow certain requirements, such as ripping your own copy of a BIOS or the game images you want to play. If you own a GameCube, then download Dolphin and then rip Melee from your own disc, that’s arguably all fair use of the content you’ve purchased in the past. Ripping the game counts as backing it up for personal use in US copyright law.

If you download a copy of a game off the internet, however, that’s piracy - and that’s what Nintendo sees happening here. The company told Kotaku that the Slippi mod “requires use of illegally copied versions of the game”, something which isn’t entirely true but something which also, realistically, was probably the primary method of acquisition of Melee for those planning to enter the tournament. Ripping your own GameCube games is surprisingly complicated, requiring either a hacked Wii or GameCube or a PC with a very specific older model DVD drive. On the flip side, given this was a tournament for the most hardcore of Smash fans who usually compete in face-to-face tournaments, they obviously own GameCube hardware and copies of the game.

Nevertheless, I’m surprised the organizers of The Big House didn’t see this coming from a mile off and simply focus on Smash Ultimate. Nintendo is famously aggressive about protecting its intellectual properties, and has often pursued borderline cases such as this. This seemed inevitable.

Let’s be clear, though: Nintendo doesn’t exactly come out of this looking good. It’s fair to say that not all companies would’ve taken Nintendo’s path on this. Capcom has turned a blind eye to many a bit of emulated competition in older Street Fighter games, at least before it started re-releasing them. Nintendo’s aggression here is not towards a huge company, but to a group of fans, and the state of those #SaveSmash and #FreeMelee hashtags on Twitter show what a mess this has caused. In this sense, the solution is arguably worse than the problem Nintendo perceived in the first place.

Back when Nintendo tried to shut down the Evo 2013 Melee tournament, the company was simply being, frankly, a dick. It was a corporation applying a sledgehammer to a situation more deserving of a chisel. The company didn’t understand the community or see any value in eSports. The fan outrage there was justified and useful. Combined with meetings with Evo’s organizers, the decision was overturned, and it really marked a turning point in Nintendo seeing value in these sorts of events. That was real hardware with no legally dubious implications, however - it is worlds apart from this.

The sense of victimhood the Smash community and particularly Melee players feel is understandable. They’ve often had a crap time, and they’ve delivered quality tournaments often with a fraction of the official support other games enjoy. Feeling under-appreciated can have you seeing unfairness everywhere, however, leading to things like meltdowns over Evo applying the same one-game principle to Smash as every other franchise. This is another case where energy would probably be better focused elsewhere, rather than screaming until blue in the face on Twitter about an issue on which the company is unlikely to change its mind.

For starters, of course, there is the community’s own house. In July, Nintendo had to publicly condemn the community for allegations of widespread abuse and sexual misconduct at Smash events. To the community’s credit, it was fast to eject the accused, but the echoes of this are likely still reverberating. Nintendo’s support of Smash eSports has always been shaky, but if anything could’ve undone the slow progress of recent years, it’s the revelations of early 2020.

Fans would also do well to speak to something Nintendo understands. As a company, it values money, and sales. While threatening to boycott might move the needle a little, what would arguably move it more is to ask for the true recognition Melee needs. Nintendo has now released a slightly-enhanced version of a GameCube game, officially emulated, in Super Mario Sunshine. We are now arguably closer to an official online, modern Melee re-release than we have ever been. If you want to Free Melee, you should probably ask for that.