No matter how big or popular a service-based game gets, they inevitably run out of things to do and begin haemorrhaging players - until the next big piece of content arrives. But it doesn’t have to be that way.

It’s hard to pinpoint exactly when the idea of mods in mainstream games started to die. The oldest memory I have of the push to slowly eradicate mods goes back to the days of Call of Duty: Modern Warfare 2 and Battlefield: Bad Company 2.

Call of Duty and Battlefield were among the biggest, most popular AAA shooters on PC. And until both of these sequels launched, the expectation was that mod tools would inevitably arrive. If not at launch, then at some point soon after.

The questions were often about the complexity of the suite itself and level of access to game code it provided, not whether or not they'd be there. When Bad Company 2 and Modern Warfare 2 launched, it became clear publishers were no longer interested in keeping the dream alive. The heyday of DLC packs and season passes was starting to take shape, so publishers saw free post-launch content as a threat to that model. It’s much easier to sell your players new maps if they can’t get them anywhere else.

And so kicked off a decade of franchise after franchise jettisoning mods like excess cargo. Many more eloquent than me pleaded at the time that it was a mistake, but the ship of the new era could not afford hindrance from legacy expectations.

It’s ironic, then, that the reason the industry rejected mods back then might just be the very same reason it needs them to come back. It’s always about the content.

The biggest publishers today all have at least one or two games they know would live on for years to come. Activision has Overwatch, Take-Two has GTA Online, Bethesda has Fallout 76, and Ubisoft has Rainbow Six Siege and For Honor. EA wanted this with Anthem, and already has it with SWTOR to an extent. Free from the demands of Activision’s yearly release strategy, Bungie, too, would love a different cadence of content releases and a more unified experience.

Even looking away from the biggest names for a moment, the most actively played games on PC and consoles are all years-old. PUBG, CS:GO, Rocket League, Rust, Smite, ARK and a dozen others all continue to chug along with the help of regular or semi-regular updates without a new numbered sequel in sight.

In the vast majority of cases these games lose a significant chunk of their players in the time between big content releases. You can see this in hard player numbers, just like you could if you glanced at your friends list on any platform. It’s seen as the norm.

The idea is that fresh content brings back lapsed players, and might even help introduce the game to entirely new ones. When the new content dries up, so too does the pool of regular players, until the cycle starts anew.

Regular content updates are necessary, then. Regular being the operative word here, because going too long without putting out something fresh kicks off the descent into irrelevance plenty of games know very well.

But as we’ve seen time and again, nothing short of abusing your workforce is capable of satisfying the appetite for more content. Before Fortnite, players expected something new every three or four months. Now, if you’re not making some sort of noise every week or two, your game is proclaimed “dead.”

This is true for the biggest games as much as it is for smaller ones – you just don’t hear about the latter as often. Even if we assume putting out content every quarter is achieved through minimal crunch, that’s still not a rapid enough cadence for many. Bungie tried to get around that with Forsaken by gradually unlocking a DLC’s worth of content over weeks rather than releasing it all on day one. This might work for a time, but no one can escape the fact content is finite. 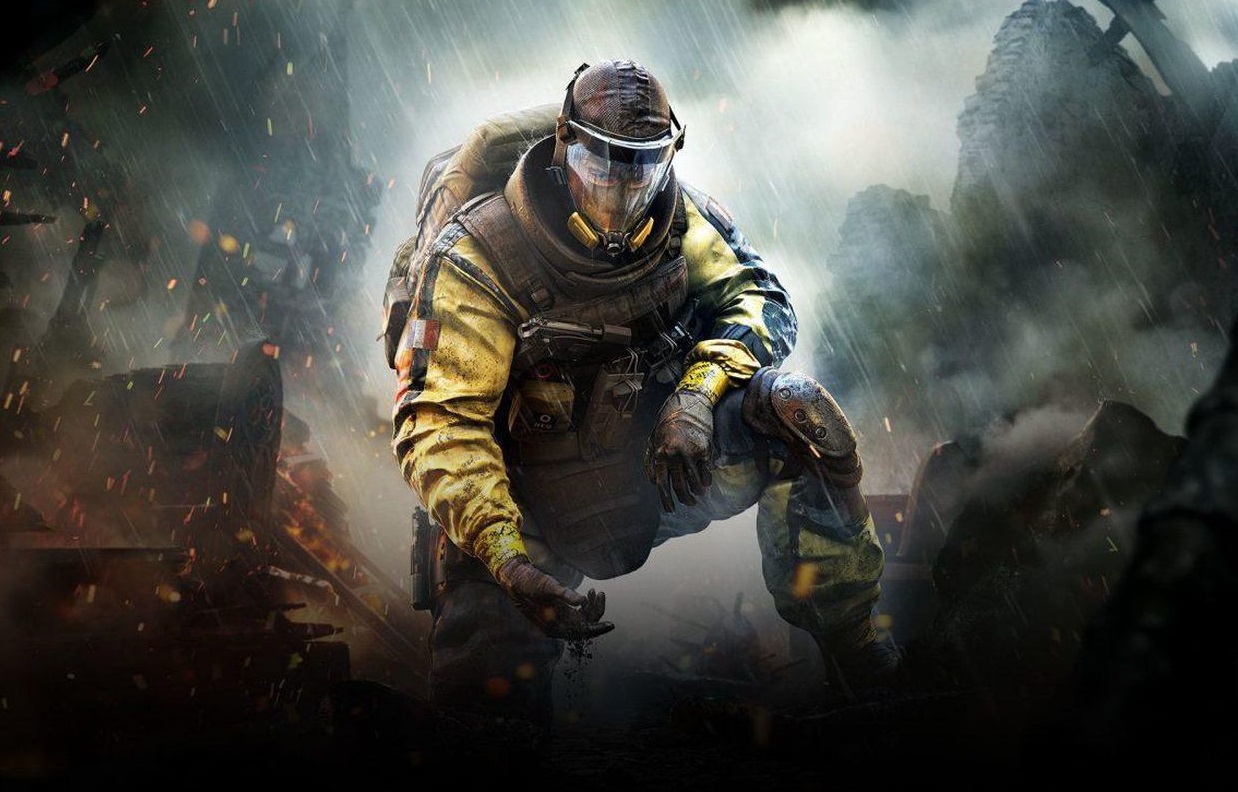 With all that in mind, mods suddenly seem like an obvious saviour. Imagine if Destiny, Siege or PUBG had their own suite of official mod tools. Players would be able to tell stories, design maps, weapons and create entirely new game modes. This doesn’t need to follow the legacy model of letting players run their own modded servers, either.

If mods were to make a comeback today, they would have to compromise with today’s business realities. In a word: curation.

Developers can have the final say of what is and isn’t worthy of being featured in their games. It doesn’t matter how many nude Ela mods people create for Siege, no one running the live game will see them. A small team could pick and choose the best or most interesting mods, test them to ensure quality, and rotate them in and out regularly to give players something fresh to see every time they log in. These don’t even have to be massive, Skyrim mod-like endeavours.

Anything can be a mod. Small tweaks to an existing ruleset can make a world of difference. I would love to play a version of Siege free of spawn peaks and one-shot headshots, as I am sure many would enjoy a PUBG informed more by Apex Legends than it is Arma. Destiny PvP players will often elucidate, in great detail, what they think can make competitive multiplayer better. Most of these are typically balance tweaks and the like, something trivial for modders.

Now, imagine the community getting more and more involved. More meaningful, meaty content will no doubt emerge, keeping the masses hooked. No game today stands to lose if it had a community of modders supporting it alongside its creators.

In an unprecedented move in the AAA space, Firaxis actually invited a popular modding team to the studio during XCOM 2 development to allow it to release its mods on day one. Mods like that would have always existed, regardless of Firaxis’ blessing. By involving the community early, the developer ensured that anyone waiting on these mods to appear down the line would buy XCOM 2 at release.

Those who don’t care about mods can still enjoy the vanilla product, but those who seek them out will spread the word and build their own communities around the game. Look at the incredibly long tail for games like Skyrim, Arma 3, ARK: Survival Evolved, Killing Floor and even older classics like the original Modern Warfare. Many of these games received sequels, paid (and free) expansions and heaps of premium content over the years, but they continue to be popular because of their healthy modding scenes. GTA Online’s role-playing phenomenon? Born of mods! 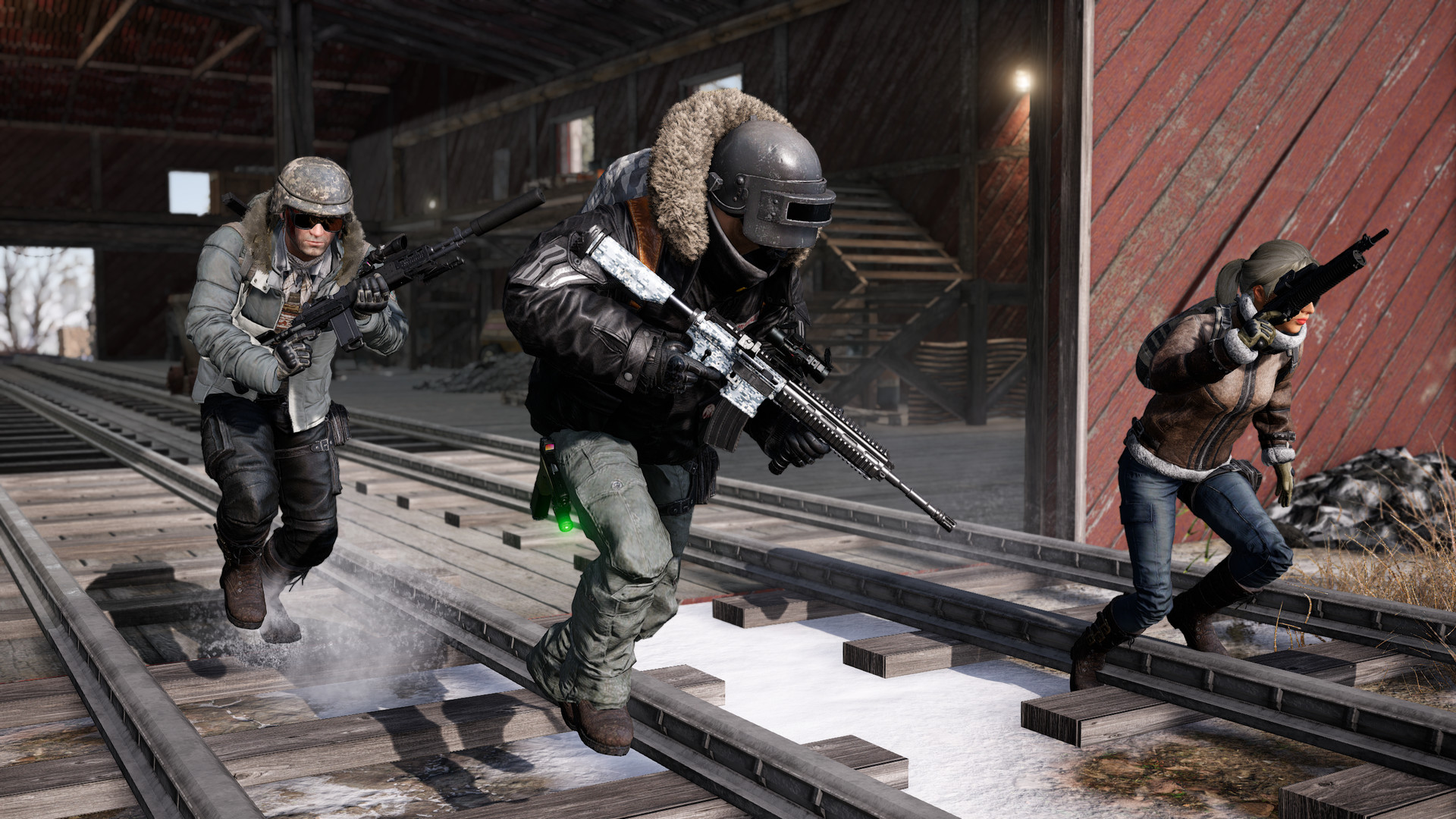 The meaningful growth statistic of today isn’t sales, it’s active players. Everyone wants players to spend as much time as possible in their games, but the majority of developers can’t create content at a cadence that supports that. Mods will do that, and they may even get players to spend real money on the in-game shop in the same way they would during seasonal events.

There is, however, an important point we can’t skirt. I am not looking forward to a future where game publishers are happy to exploit the work of the community for a steady stream of free content - but let’s be honest, isn’t that what mods are by nature?

Mods can only function within the confines of the games they’re created for. A custom Battlefield 2 map will be limited to just that game. The expectation has always been that mods are distributed freely, and everyone conveniently ignores the time and effort they take to create from what are essentially nonsalaried designers and artists.

A quality mod will only increase exposure, and undoubtedly sales, of the game it’s associated with - there’s no getting around that. The community wins, sure, but companies also continue making money without investing in new content themselves. This has always been the dilemma of mods, but it’s hard to say if these ethical quandaries are more relevant with service games than they were with boxed products a decade ago.

As excited as I am about the prospect, I am also wary of publishers taking things to the extreme, as they’re known to do. Some model of compensation will need to be devised, but it’s hard to draw that outline now.

I still believe a modding renaissance is a goal worth chasing. Setting aside the more immediate benefits, the modding scene is responsible for out-of-left-field hits and new genres. Studios that foster modding of their games often end up working alongside their fans, and when that doesn’t work, said fans will just as easily branch out to create their own interpretations of the work that inspired them. The proven model employed today by Tripwire, Bohemia, New World and even Valve can work for Ubisoft, Activision and EA.