Metal Gear Solid 4: 25th Anniversary Edition has been listed for Xbox 360 by New Zealand retailer MightyApe, along with pack art. But as it turns out, it's all bollocks. Get Konami's response below.

VG247 contacted its local Konami rep, who told us that Metal Gear Solid 4 is not coming out on Xbox 360. They told us that this is a rumour that pops up every Christmas, and that the pack art is for PS3 with an Xbox 360 header pasted on top, which of course, it clearly is. 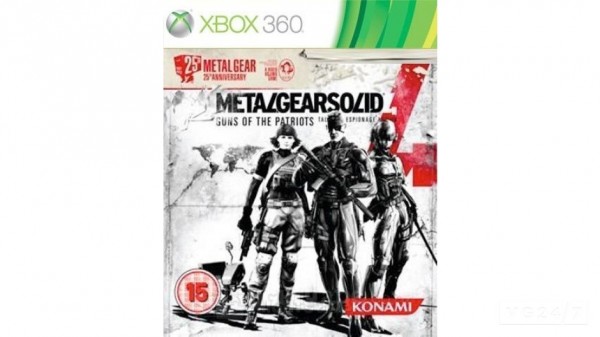 We've contacted Konami to comment on the above art.