More tidbits of information on Mass Effect: Andromeda has been provided by the game’s lead designer, Ian S. Frazier. Not much, but enough, and we also have a new trailer coming at some point tomorrow.

The trailer coming tomorrow promises a "next look" at Mass Effect: Andromeda, and if the teaser posted on Twitter is anything to go by, New Earth, or Habitat 7 as it's also known, will be the focus.

A new galaxy awaits, but no one said it would welcome us. Tomorrow, you'll get your next look at Mass Effect: Andromeda. pic.twitter.com/X7ZlJXyIAL

Elsewhere on Twitter, lead designer Ian S. Frazier discussed the XCOM-ish plasma rifle he created by scavenging alien tech and researching how it works. He also said his character is a bit of a pyromaniac thanks to Ryder's build.

We've posted screencaps of the tweets below, as it is easier than trying to embed everything. Well, it was easier for me anyway. You can read through the entire discussion through the link above to his Twitter account. 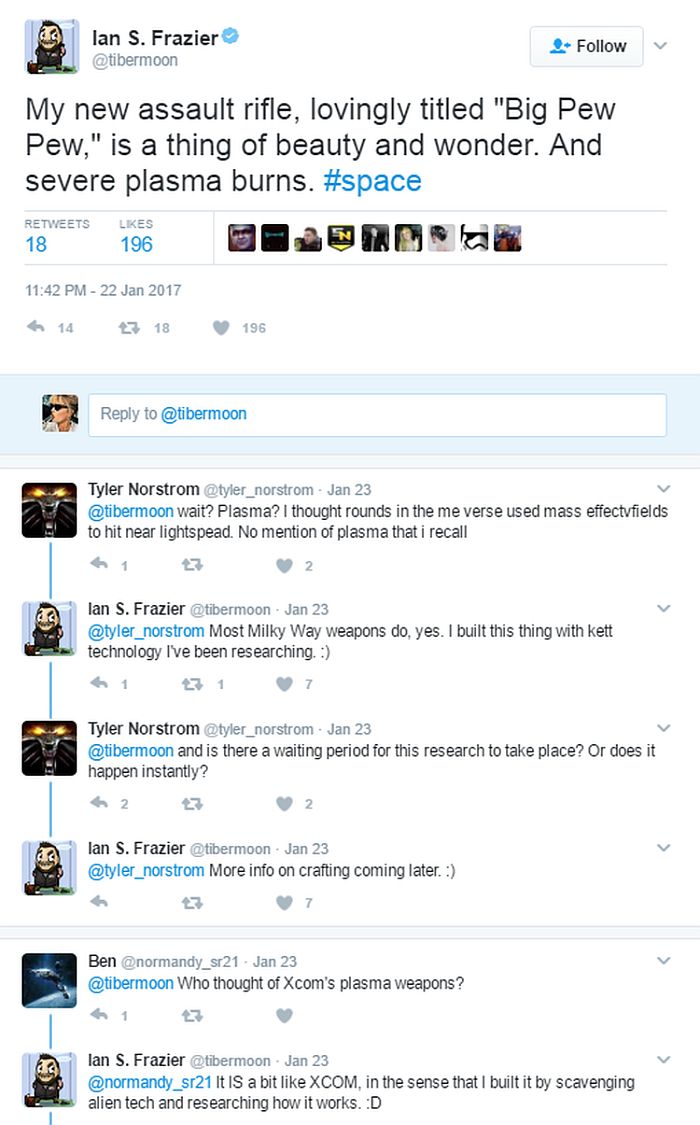 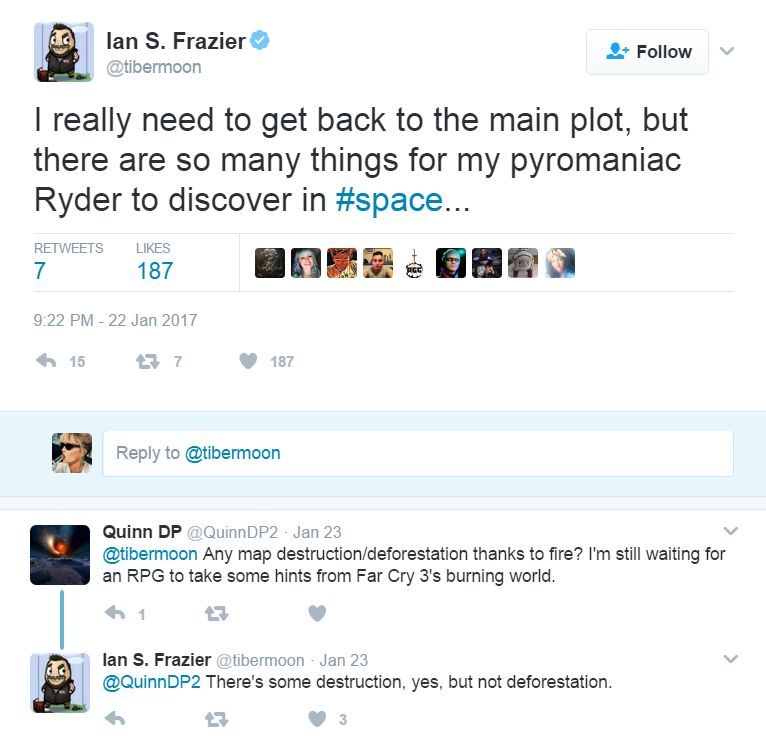 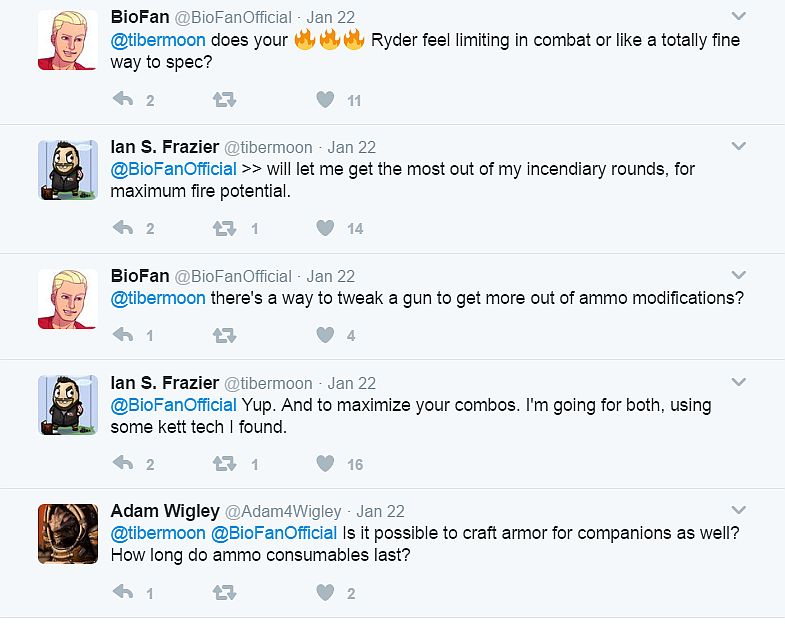 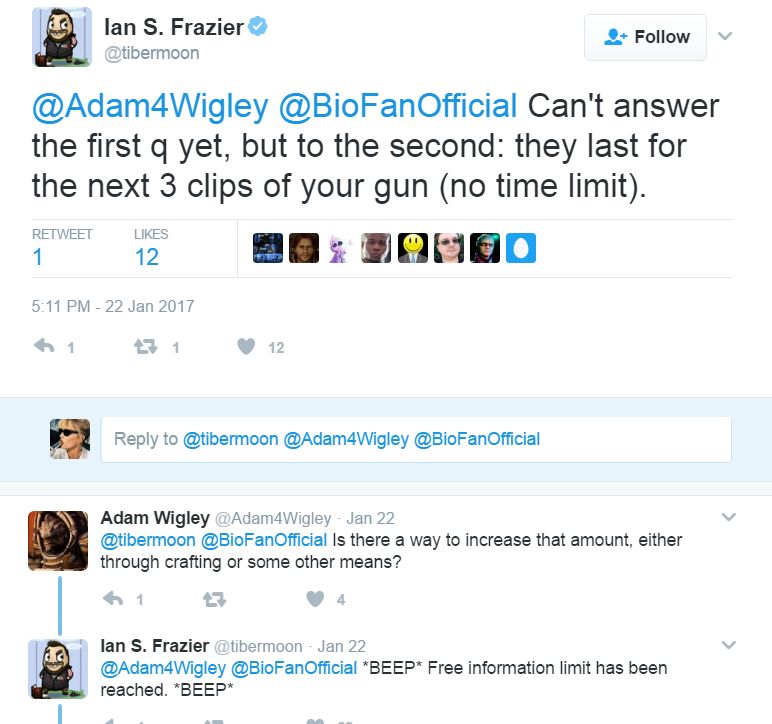 EA Access members will be able to play Mass Effect: Andromeda early for a limited time, starting on March 16. The trial lasts 10 hours and all progress will carry over into the full game when it releases.