The Citadel is 600 years away, but its spirit lives on in Mass Effect Andromeda's Nexus. 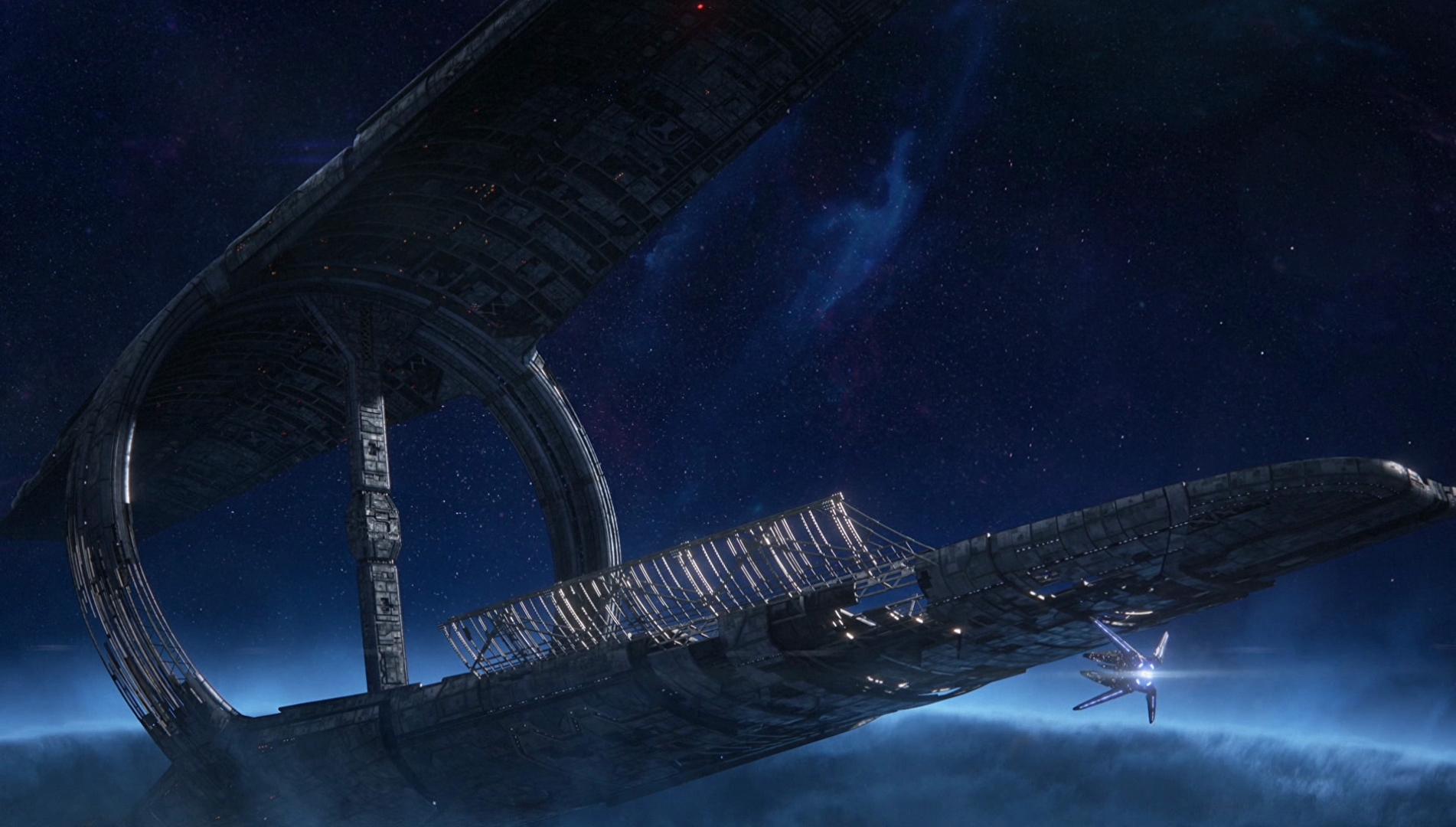 Arriving at the Nexus

After visiting Habitat 7, Ryder wakes up aboard the Ark Hyperion. It's time to crack on to the Nexus and find out what the heck's going on in this cluster.

Follow your waypoint through the darkened Nexus until you encounter a worker, which transitions you to a series of cutscenes before dropping you down to free roam at will.

You only have one necessary objective to start with, which is to speak to Director Tann, the Salarian who has taken command of the Andromeda Initiative. However,m it's well worth your time exploring the optional objectives to speak to Kesh, Addison and Kandros (Krogan, human and Turian respectively) as well. You'll get a much better sense for the current political climate on the Nexus, what's going on in the colonies, and what's up with the Krogan.

Before going to speak to Tann you should consider exploring this section of the Nexus as much as possible. Aside from the other Nexus leaders mentioned above there are a lot of other characters to meet. Here are some things you should definitely do since they lead to quests: 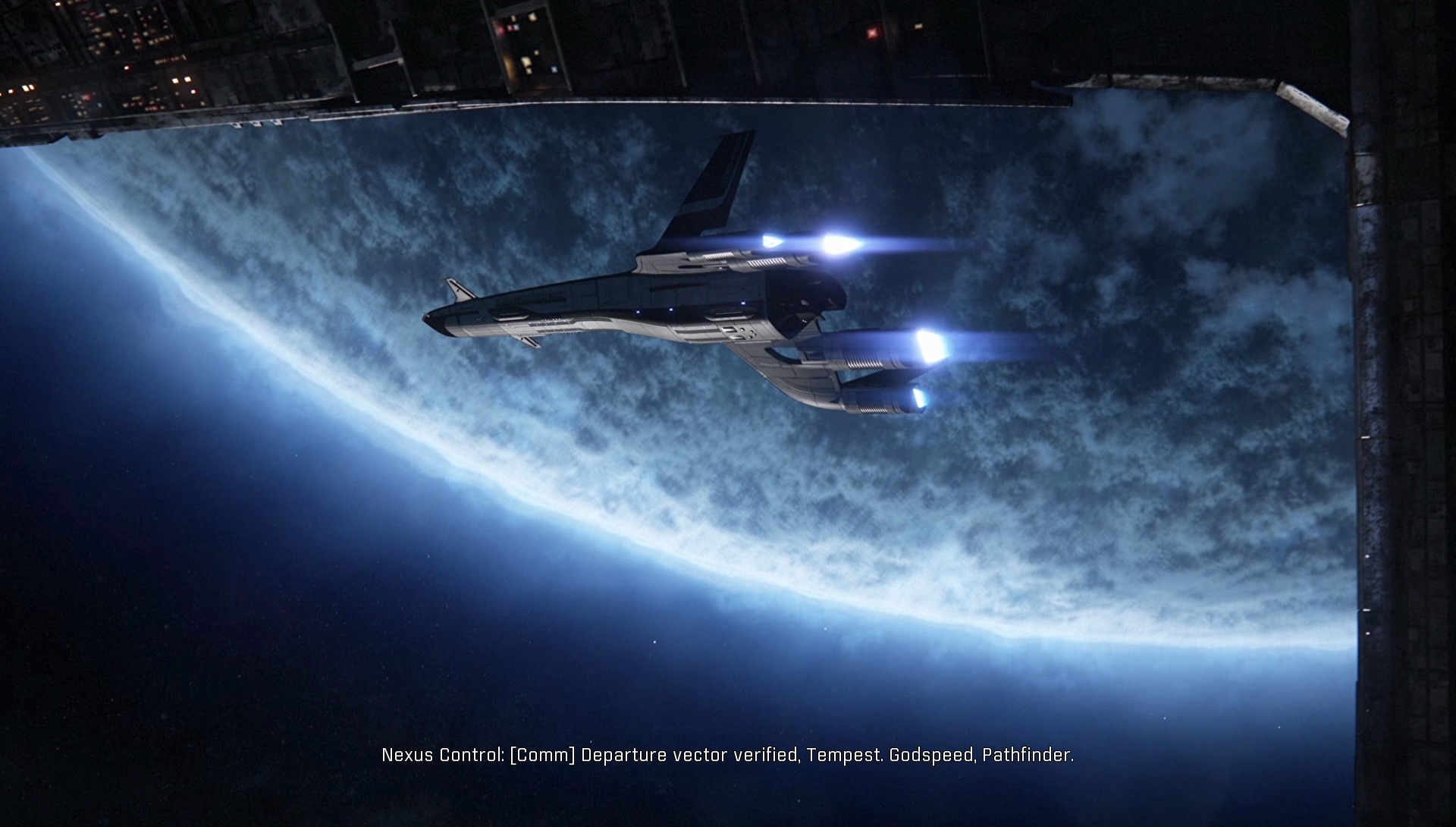 Once this is done, go speak to Director Tann in his office. This will push you further along the story, giving you your next main objective on the planet Eos while also giving you the side objective of tracking down the other missing arks from the Salarian, Turian and Asari races. These objectives form one of the major siequest paths, but you can't dive into it just yet - you don't have leads.

Your next step in your quest will be to go speak to SAM node aboard the Hyperion - there'll be an obvious waypoint to take you there, guiding you to the tram which moves between the main areas of the Nexus and Hyperion. Head on over to chat with SAM, but before you leave be sure to listen to the optional conversations and explore your father's quarters to find a figurine of the Normandy SR-2, some voice logs that'll delight Mass Effect fans and the first details about the murky past of Alec Ryder. You'll be coming back here a few times for a sidequest, so it's worthwhile getting your bearings.

Next: Part 4: The Tempest and the strange signal on Eos

Once that's done, head to the docking bay to claim your ship, The Tempest and meet a new squadmate. Your next story destination is the Planet Eos, but be aware that by unlocking the Tempest a few more quests have unlocked throughout the Nexus. You should check back to the Nexus regularly, especially after completing main story missions or major milestones in Andromeda. There's often new stuff to discover.

The extra quests unlocked right away once you have the Tempest are:

We recommend leaving most side content till you get closer to endgame, to save loads of back and forth; you can do a bunch of stuff all at once when you've unlocked them all. That said, you should always pick up every quest you can, so if you happen to stumble past an objective you'll get credit for it.

For now through, we're off to pursue the critical path.