In less than a week, Marvel vs Capcom: Infinite will be released, and along with today's new trailer, another rumor has surfaced regarding post-launch characters, pricing and the release schedule.

Since information on post-launch content is a bit detailed, let's start with Chris and get him out of the way.

In the video, Chris shows off his various brawling abilities along with weapons he'll be using. You'll see his standard handgun, a shotgun, rocket launcher, street sweeper, and at one point he even whips out a sword.

It's your basic video showing off the various character abilities, really, but if you're a Resident Evil fan who ships Chris, you'll enjoy it.

In other Marvel vs Capcom: Infinite news, it appears more information on DLC characters has possibly surfaced.

Over on reddit, SeraphimWing has posted information pertaining to post-launch content characters, along with pricing and release dates. According to the post, which should be taken as a rumor until Capcom confirms things, the first character pack will release on October 3 and contains two characters: Sigma and Black Panther.

Datamining previously outed Mega Man villain Sigma who was later confirmed, and in the same data dump, Black Panther was also outed as one of six DLC characters. You can keep track of all confirmed and rumored Marvel vs Capcom: Infinite characters in our roster round up, as it's getting a bit confusing at this point.

Also mentioned in the post are the other datamined characters Venom, Winter Solider, and Hunter from the Monster Hunter series. The other character, again according to the post, is Street Fighter 3's main villain Gill (thanks, Event Hubs). 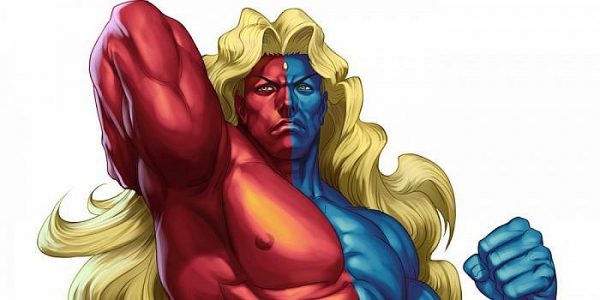 In Marvel vs Capcom: Infinite, Gill will be a "a hard hitting character who can deal heavy amounts of damage thanks to his powerful normals," states SeraphimWing in the post. Gill will also retain his specials from Street Fighter 3 along with his resurrection skill.

It also appears Ultron Sigma can be unlocked by completing Marvel vs Capcom: Infinite's Story Mode on both difficulty settings.

More information on the other rumored characters was provided regarding their particular move sets, with Hunter described as a damage dealer with a varied arsenal of weapons from the Monster Hunter series. She will be sporting the Rathalos armor, and along with a great sword will use flash bombs, traps and barrel bombs.

Other bits in the post mention more stages being in development, one of which is called "Asteroid S - Throne of the Four Gods," and could be based off "Asteroid M from the X-Men comics and the Shadaloo base from Street Fighter."

Post-launch characters, it's said, will be released in pairs and can be purchased together or separate. Pairs will cost $9.99 while a single character will run folks $5.99, or the regional equivalent.

Free DLC is also said to be in the works and will focus on multiple Infinity Stone surges, storms and a new game modes, including an online tournament mode.

Again, file all of this as a rumor until Capcom confirms the information.

Marvel vs Capcom: Infinite releases next week on September 19 for PlayStation 4 and Xbox One.