While on the surface it might look like quite a dour historical recreation of medieval Europe, when you dig a bit deeper, Kingdom Come Deliverance has a sense of humour. Warhorse Studios’ 15th century Bohemia is packed full of Easter eggs referencing everything from blockbuster fantasy franchises like Game of Thrones to X-Men, games industry in-jokes and literary favourites like Lord of the Rings and HP Lovecraft’s Necronomicon.

We’ve rounded up every Kingdom Come Deliverance Easter Egg we’ve found so far. We’ll add more as we find them, as well as locations where possible.

There are so many that we’re sure to have missed some - let us know what you’ve seen in the comments.

From its story-telling to development ethos, Kingdom Come Deliverance has drawn many obvious inspirations from CD Projekt Red’s adaptations of The Witcher series. And there are more than a few nods to Geralt’s adventures throughout the game.

From Merhojed stable you can buy a horse called Roach, who the trader bought from an “odd Polish fellow”. Now who could that be?

While you’re wandering around towns and cities, you can overhear people gossiping about a “cavalcade of ghostly riders appearing in the sky over Poland” - a reference to The Wild Hunt.

Potions are important items in The Witcher, and under the Alchemy skill tree, there’s a perk called “Witcher” with a wolf icon that lets you drink more potions, more often.

Another reference to The Witcher 3 specifically, is in a forest just northeast of Ledetchko, you can find a giant nest with a dead horse in. This is a nod to the Griffin hunt at the start of Geralt’s most recent outing. Which brings us onto the next easter egg... 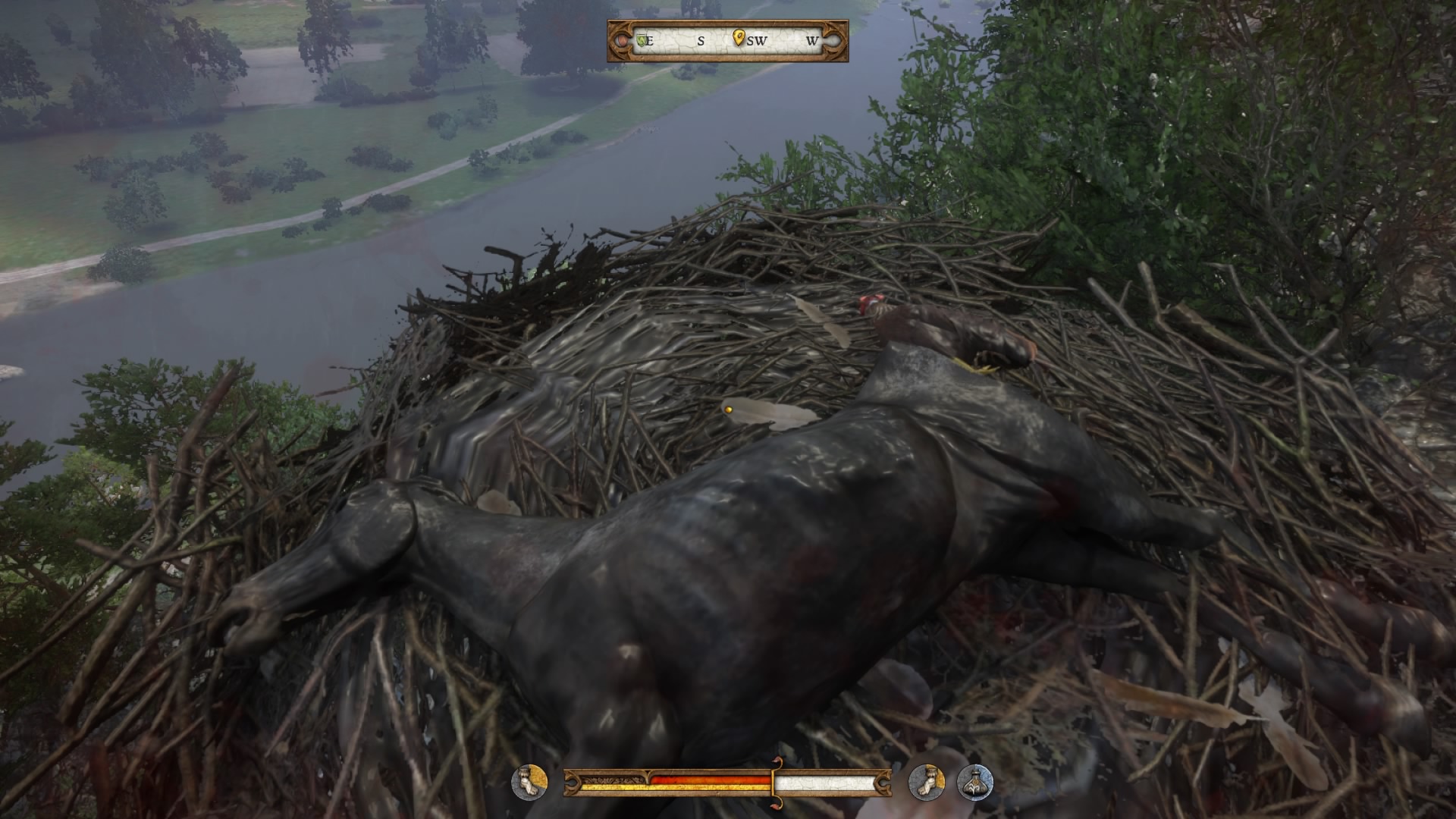 Equipped to the horse in the giant nest, you can find a cheeky reference to Bethesda’s notorious fumbling of paid DLC for Oblivion.

To get the horse armour you have to head into the forest northeast of Ledetchko and find the nest on the cliff face near the southern edge of the wood, close to the river. Then you have to jump down, using the scenery and bushes to get into the nest. At least this time you don’t have to pay £15 for the privilege.

The community might’ve already added their own Game of Thrones mods to Kingdom Come Deliverance, but there’s an official reference too.

From the weaponsmith in Rattay, you can buy Arya Stark’s sword, Needle.

In the woods north of Neuhof, near the boar hunting spot, there’s a severed hand with three protruding metal claws between some rocks.

The skeleton might not be adamantium plated, but this definitely a small reference to Wolverine from the X-Men. 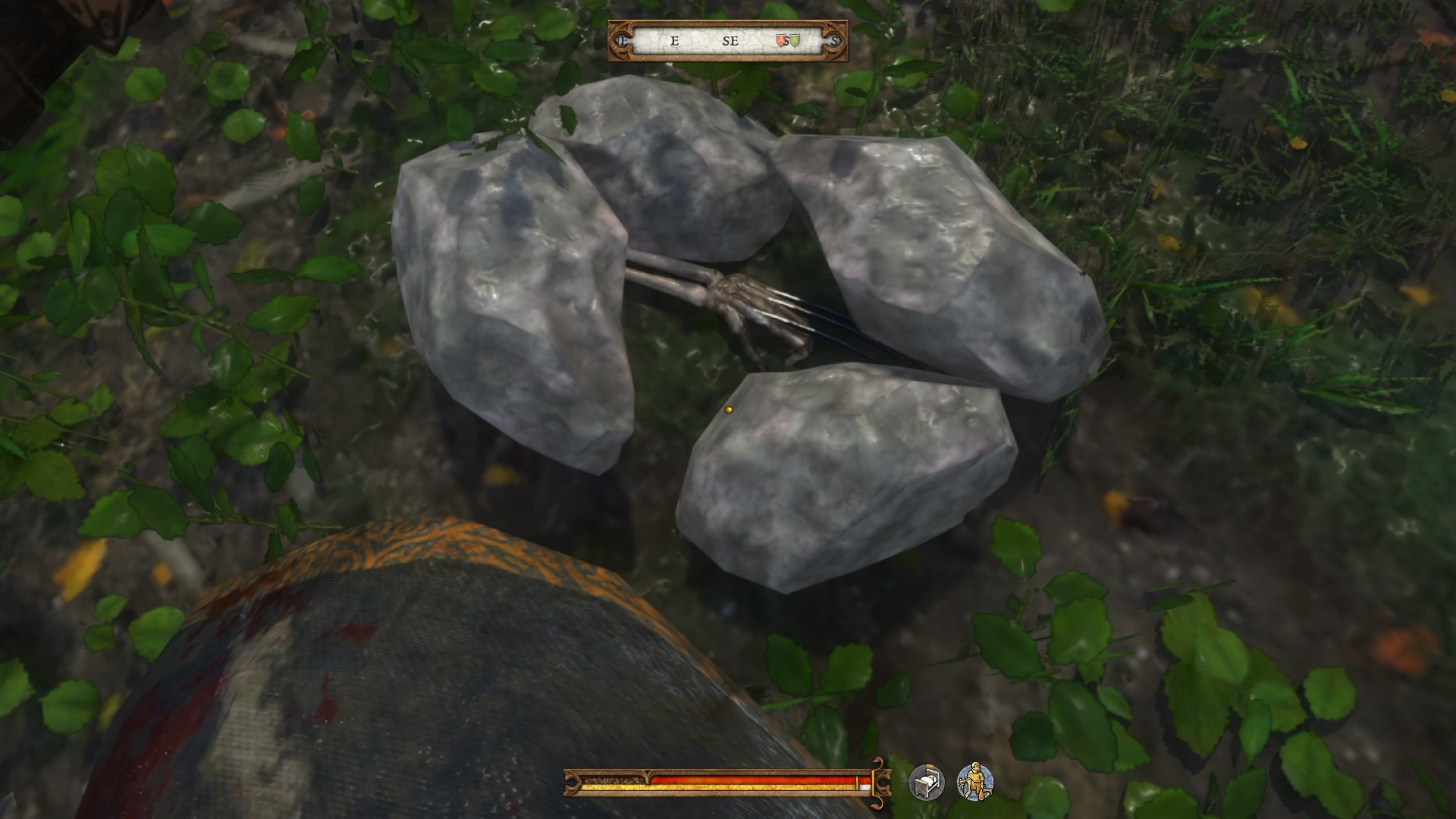 There’s a big nod to J R R Tolkien's The Lord of the Rings in the item notes for torches in Kingdom Come.

"May it be a light to you in dark places, when all other lights go out," is what Galadriel says to Frodo when she gifts him the Phial of Galadriel in The Fellowship of the Ring.

During the early stages of development, Warhorse Studios marked out broken or inaccessible areas of the map with traffic cones to discourage testers from wandering into trouble.

There’s one in some scaffolding in the woods west of Rattay and southeast of Vranik and Sasau. If you get blackout drunk, you have a chance of waking up next to it and a chest filled with goodies. 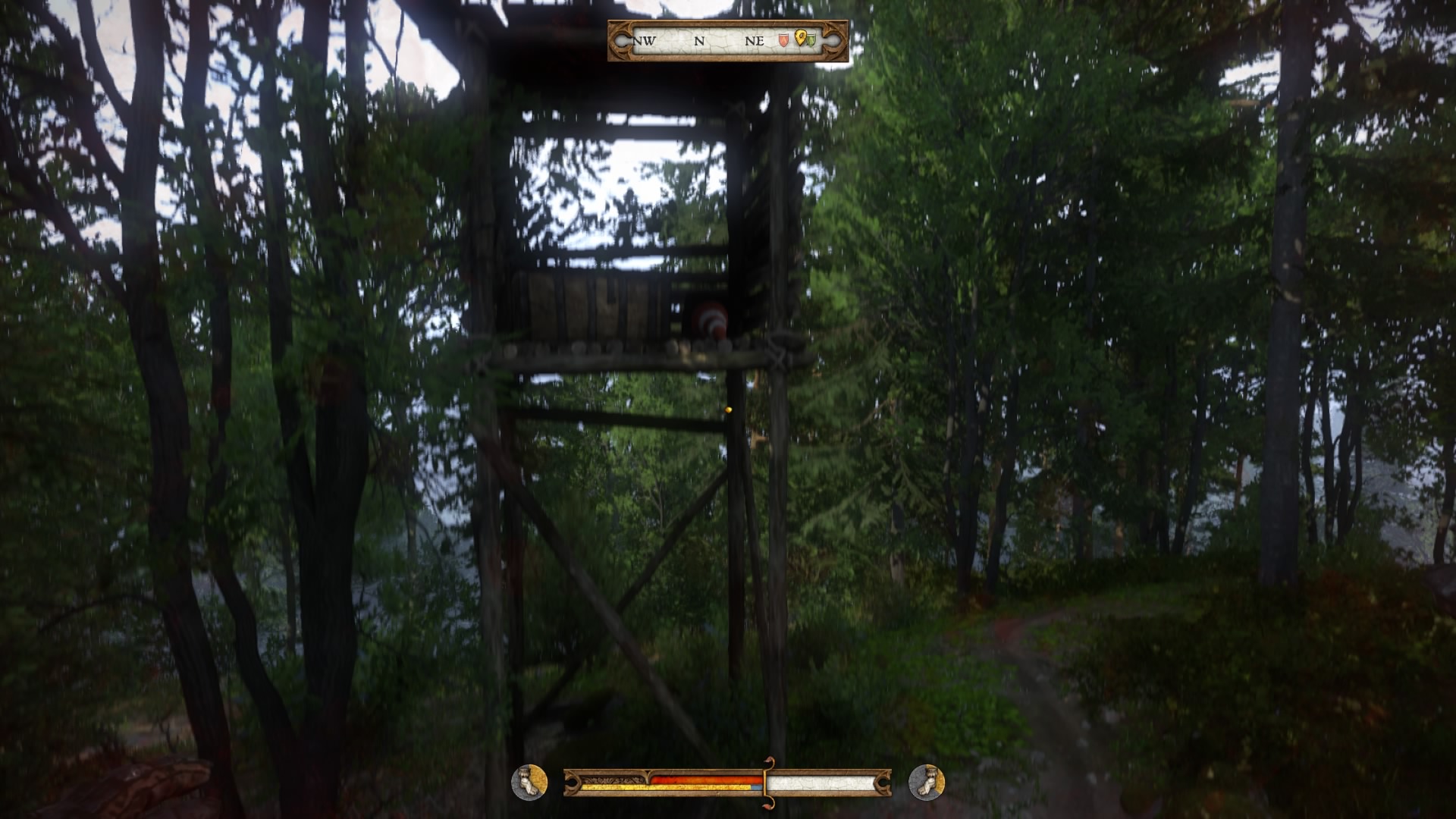 This one comes with a mild spoiler warning for side quests.

As part of the Restless Spirit side quest, you’ll be ask to help rid the town of Ledetchko of a ghost.

As part of the quest, Henry will have to steal a book from Sasau Monastery that deals with ghosts and hauntings. This turns out to be the Necronomicon, a mainstay of Lovecraftian fiction.

Now we know why Talmberg is so free of dog muck, thieving kids and crusty jugglers.

In the woods to the far southeast of Rattay, to the east of the source of the river and conciliation cross, there’s a giant log with shoes on. This seems to be a reference to the Czech fairytale Otesánek. 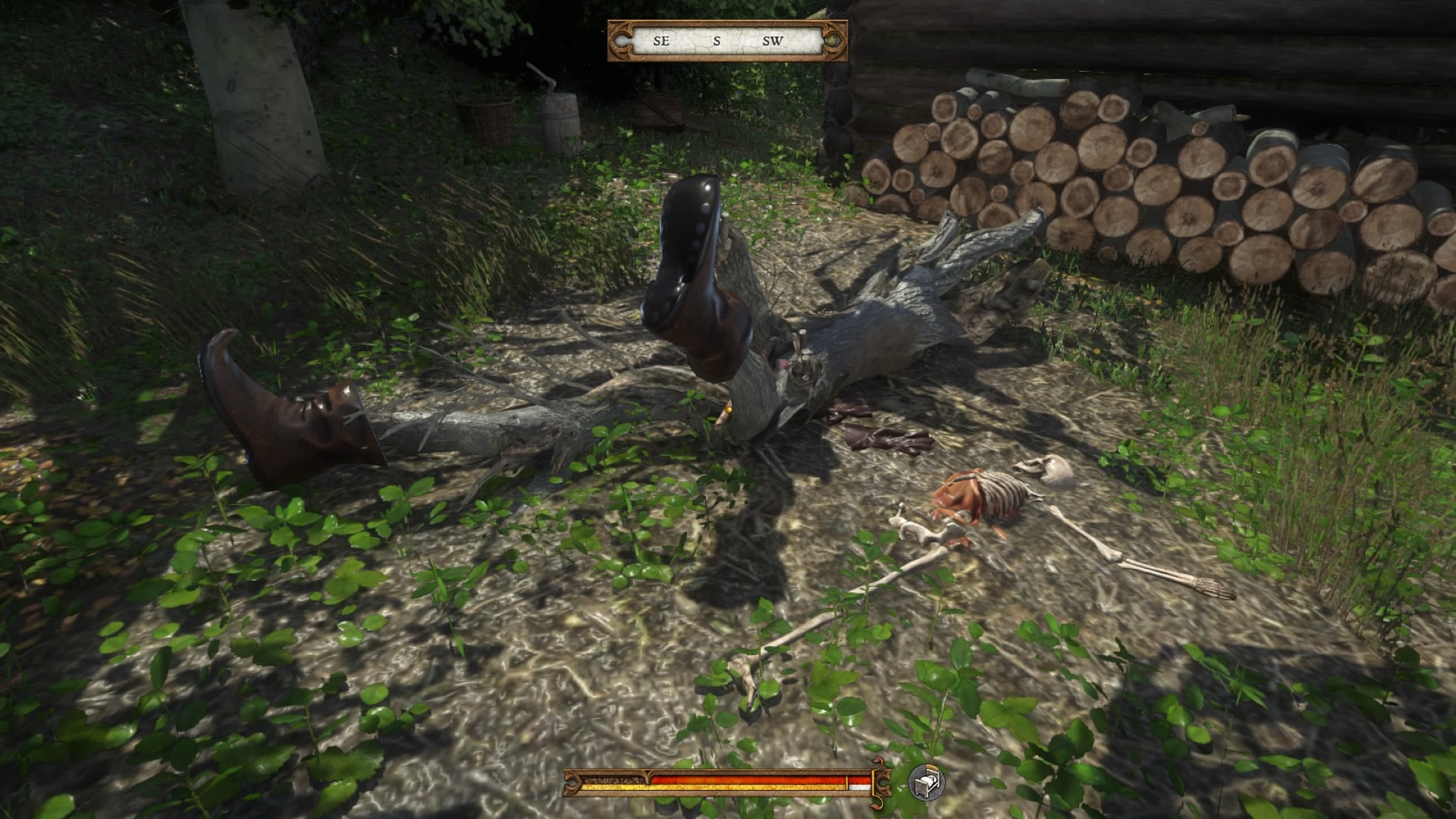 If you dig up the grave in the forest directly to the east of Uzhitz, you reveal a body covered in a blanket with its head resting on a pillow - oh, and a horse’s head.

Warhorse Studios’ creative director Daniel Vávra previously work on Mafia 2 at 2K Czech, so it’s no surprise a nod to the infamous horse’s head scene from The Godfather made its way into Kingdom Come.

About halfway between Rattay and Neuhof, between the river and road, there’s what seems to be a dead witch, complete with broomstick. 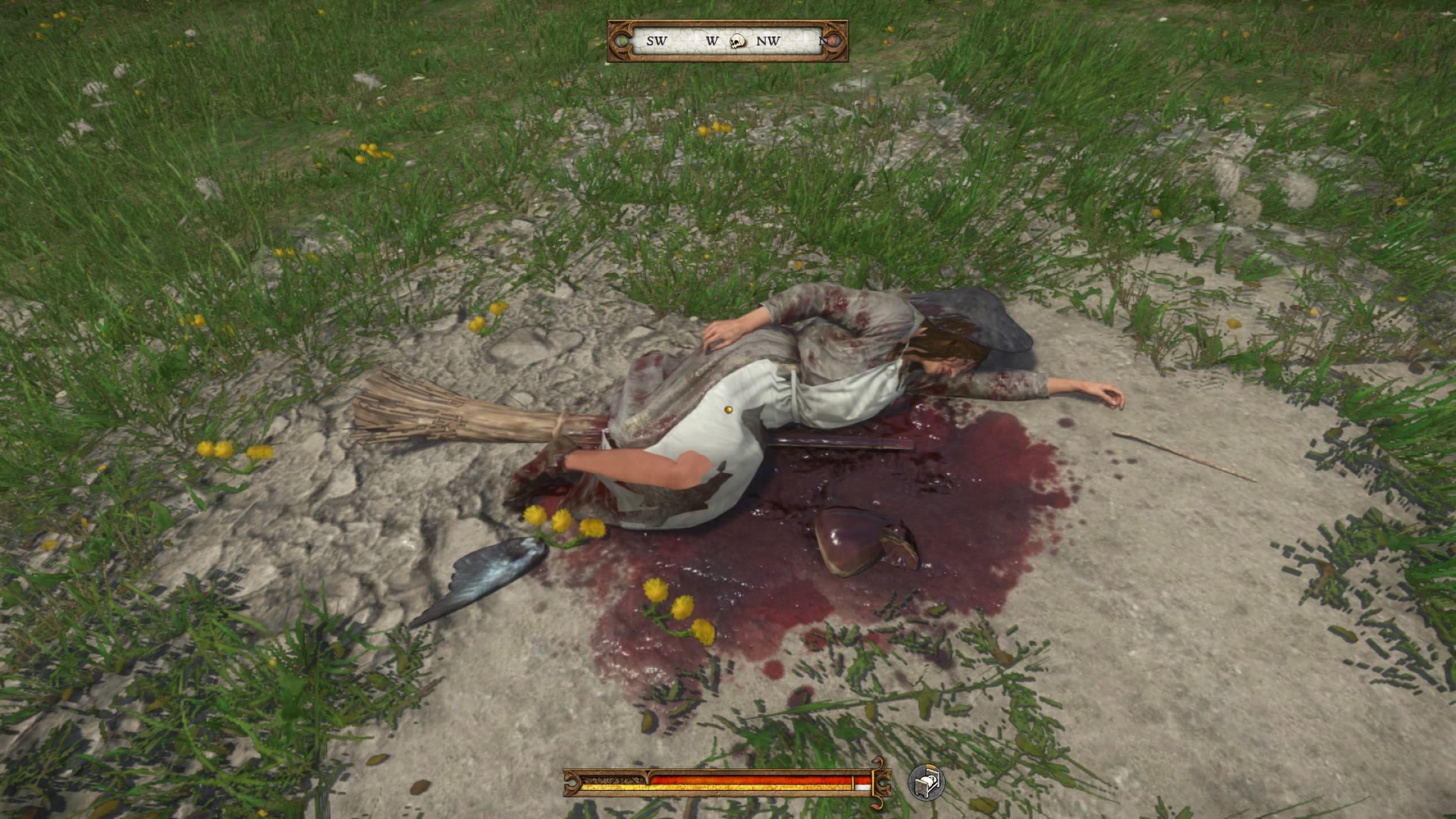 At Neuhof stable, you can aquire Link’s legendary companion, Epona. 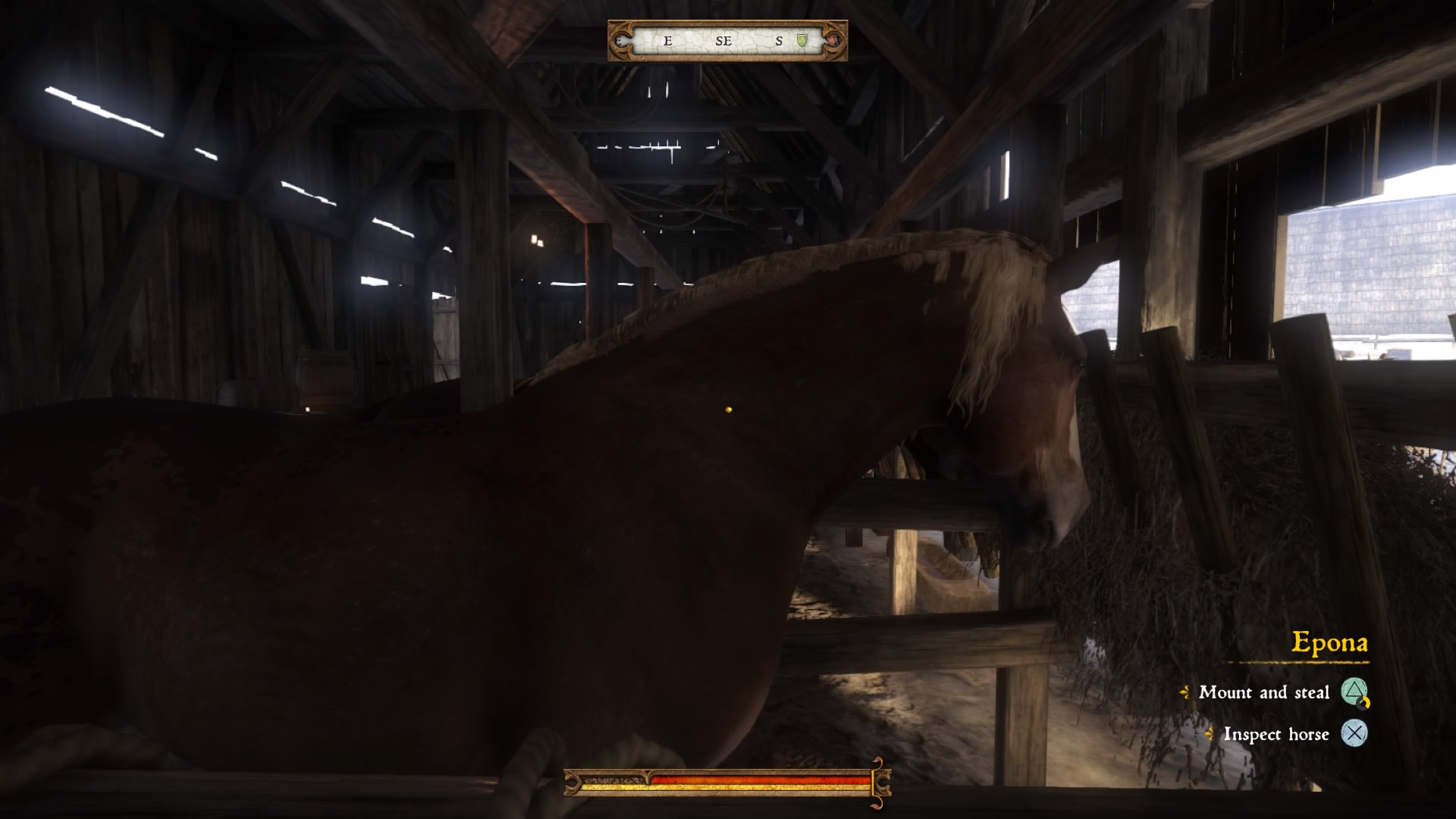 Nearly every named horse in the game is a reference to something. Most of them - like Pegasus and Bucephalus - take their names from mythological and historical steeds. We've gone through the stories behind many of the names in our guide to Kingdom Come's best horses.