There's a quest in Kingdom Come: Deliverance that takes the idea of romancing NPCs to new depths.

Kingdom Come: Deliverance does a good job of recreating the mundanity, brutality and generally unpleasant nature of medieval life.

It doesn't shy away from depicting beheadings, threats of rape, class struggles, poverty, racism and violence.

It does most of this rather clumsily, with functional writing, unintentionally hilarious voice acting and a technical showcase that's as buggy as anything Bethesda has ever put out.

As you'd expect, most quests involved violence, and there's a fair bit of sex knocking about too (although notably there's a Trophy/Achievement for not getting laid), especially if you want to go side-questing.

But there's one quest in particular that is so crammed full of sex, violence, horror, drugs and humiliation that it would make Aleister Crowley blush. And it's done a good job of getting around the censors.

All of which is to say, if you want to avoid spoilers, you should look away now. 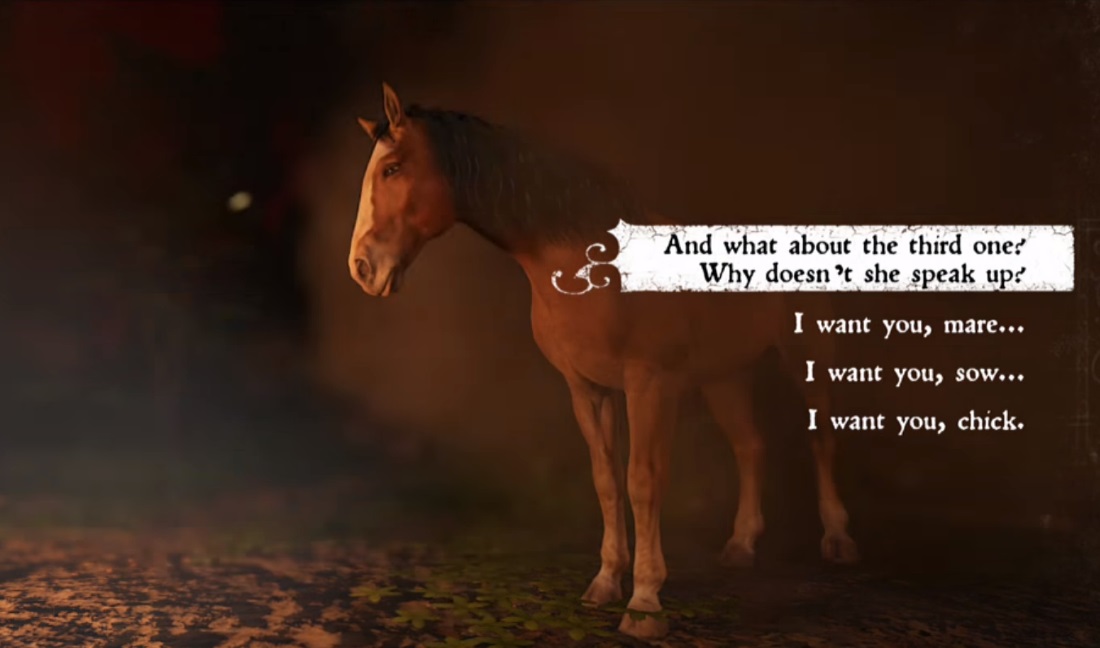 The quest Bad Trip (the clue is in the title) begins with main character Henry following a group of women who like to spend time in the woods together after dark. They apply a special herbal ointment to help conjure the devil, or so they think.

They then mistake Henry for the Prince of Darkness himself, and smear the same ointment on him, so he begins his own bad trip.

The player is then given the option to take advantage of the three women at this point. And then it gets very bizarre.

You can watch the full quest and outcome in the video above from Naughty Gaming, but it basically includes hallucinating bestiality with farm animals, as well as using a lockpick on a horses' hindquarters, a fair bit of slaughter and then waking up with a terrible hangover and having to explain yourself to a priest.

We've all been there.

It seems a little unfair to bring up Dan Vavra's ideas about showing "how it really was to be a strong woman in medieval culture" right now, as I'm sure this isn't what he meant.

A note of caution: If you're taking part in the Bad Trip quest you might want to save beforehand; it seems it's suffering from some of the many bugs that have plagued Kingdom Come since release.

As one YouTube comment puts it: "i choose Fxxk chicken, but nothing happen...... stuck there, is this a bugs?﻿"