Gamers who have already spent time with Kid Icarus: Uprising have walked away with one uniform comment - gameplay aside, playing the game is rather uncomfortable. There's only so many hours you want to spend hunched over a stylus - and with action as fast-paced as this, the number's even less.

However, it seems that (in Japan at least), Nintendo's taken preview comments to heart, shipping the game alongside a handy plastic stand. 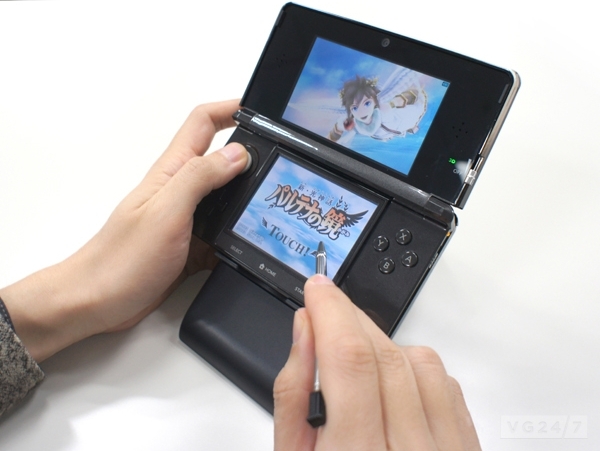 The stand is designed to hold the 3DS at a more convenient, playable angle, meaning you can poke happily at the screen without having to hold the entire system.

Of course, it's not just for Kid Icarus, wth Project Sora director Masahira Sakurai commenting that it also brings "much higher flexibility" to other 3DS games.

While it's a definite improvement to the handheld, particularly when coupled with the Circle Pad Pro, it's an interesting admission from Nintendo that the company's latest gaming system really is lacking in some respects.