A trademark for the N64 controller has been filed by Nintendo, and the internet's wondering if this is a precursor to a N64 Classic release from Nintendo.

With the SNES Classic mini on the horizon, it's only fitting the internet would get exited over an N64 controller trademark popping up.

After all, a trademark was filed for the SNES controller not long before the SNES Classic was announced by Nintendo. 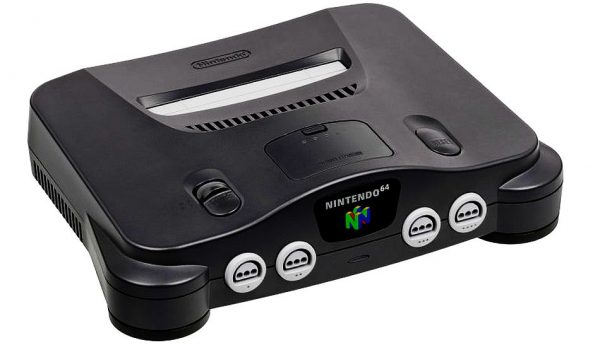 Along with the N64 controller, trademarks were also filed for NES, SNES, and Switch controllers. All were registered under goods and services, articles nine and 28. These cover telecommunication machines and apparatus, consumer video game apparatus among others, respectively.

Nintendo first released the NES Classic Edition during the holiday 2016 period, and stopped production on the mini-console and NES Classic Controller in April 2017.

In late June, the SNES Classic was announced, and will come pre-loaded with 21 titles. It will be released on September 29.

But those are just a few of the games I have sitting on a shelf in the media closet.

Over 200 games were released for N64, including Super Smash Bros., Star Wars: Rogue Squadron, Paper Mario, Pokemon Stadium, Mario Party, Pokemon Snap, Bomberman 64 and so very many others. Pre-installed games on the mini-console could be any one of the aforementioned or any others from that massive release list.

It would be great if Nintendo could work with Microsoft and bring some of the old Rare titles to the system. And keep Conker and Banjo in Diddy King racing - especially the former because he was my favorite racer. That's if a N64 Classic console is indeed in the works, so let's not get ahead of ourselves.

Should an N64 Classic arrive at some point down the line, if you want one, you better pre-order it straight away. The NES Classic sold out everywhere each time it was restocked, and ended up on eBay for an exorbitant amount.

The same will likely occur with the SNES Classic.