The trademark infringement was filed over Ion Maiden's logo, which Iron Maiden claims is an "incredibly blatant" copy of its own logo. The metal band is asking for $2 million in damages.

According to the suit, both the logo and the game title will confuse the public when it comes to "appearance, sound, and overall commercial impression."

Another claim made states the game's main character, Bombshell's Shelly Harrison, is based on bassist Steve Harris and that game's skull bomb icon is based off band mascot Eddie (thanks, GI.biz).

3D Realms issued the following statement on Twitter regarding the allegations made by Iron Maiden.

"We’ve recently heard about a lawsuit filed in California by the band Iron Maiden, claiming our old-school first-person shooter Ion Maiden is infringing on their trademark," reads the statement.

"From what we’ve heard, the suit claims our main character Shelly Harrison, originally debuting in 2016’s Bombshell, is based on their musician Steve Harris; our skull bomb icon found in-game is based on their skeleton mascot Eddie; our logo in itself is based on theirs; and other frivolous claims.

"We at 3D Realms, our co-publishers 1C Entertainment, and developer Voidpoint will review our options once we receive official notice of the lawsuit and will make any necessary decisions at the appropriate time.

"Regardless, everyone continues to work diligently on Ion Maiden to deliver the best possible experience later this year."

Here's a comparison of the respective logos, and just one version of Iron Maiden's skull logo, for reference purposes. 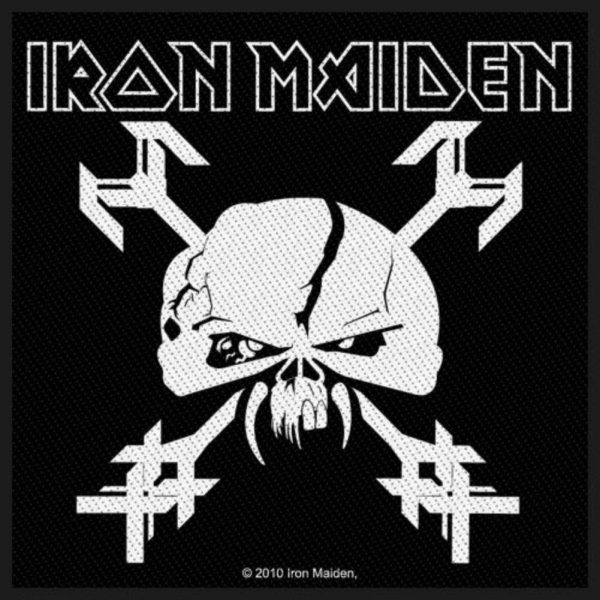