The full list of games revealed so far for the Nintendo Switch, straight from the horse's mouth. 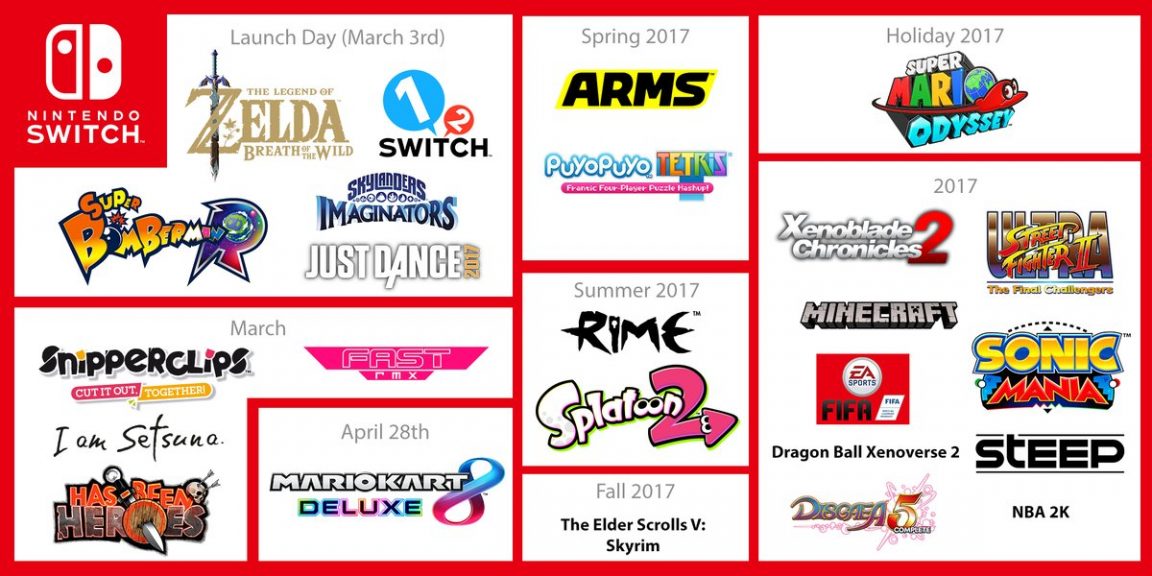 Whether you stayed up late or got out of bed early to watch the Nintendo Switch presentation live, or you're starting catching up on all the big announcements now - even even down to the smaller games, there's bound to be something you've missed.

Which is why this handy list at Nintendo's official site is great at helping you, and us, keep track of every game announced for the console so far. 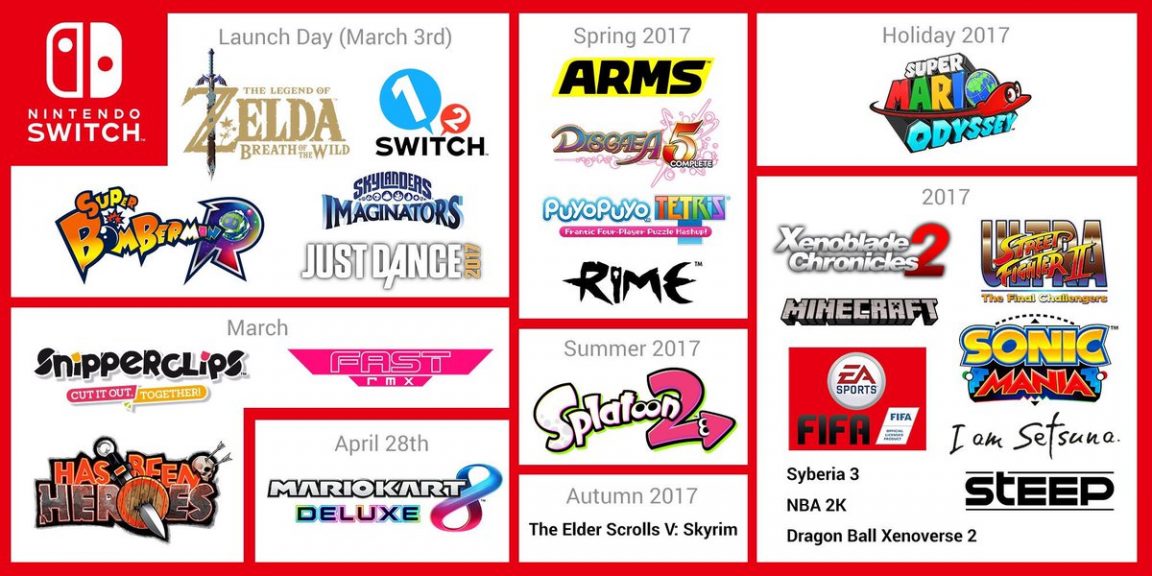 As you noticed, we also tossed in a couple of images from Nintendo UK and Nintendo North America, which provide a look at the current release schedules. There isn't that much of a difference between the two, like Rime for instance.

Nintendo of America's Damon Baker, who handles licensing, said there were "many more reveals to come," with more updates to the line-up planned for the coming weeks.

Zelda: Breath of the Wild has been confirmed to be a launch title, whereas Super Mario Odyssey is due for release later this year.