If you watched the Fallout 76 keynote at QuakeCon earlier today, you would have seen the unveiling of the new perks system.

To summarise, perks are now cards that you unlock throughout the game, equipping them to your character in different stat slots to give yourself buffs. See our Fallout 76 perks list for some examples.

At certain intervals, you are also awarded card packs. Open them up and you get some random cards to use, a stick of gum to chew on to decrease your hunger levels, and a daft joke. 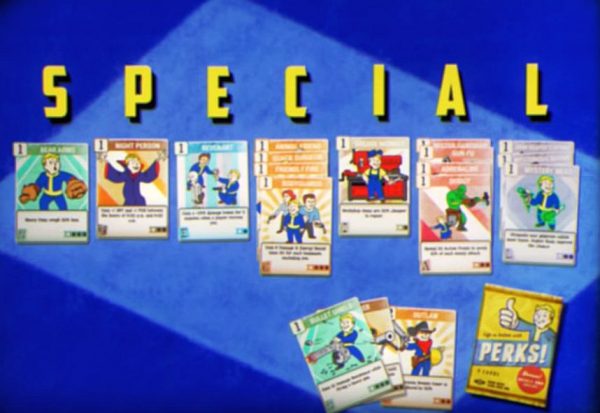 Because of how card packs resemble loot boxes, I wondered if they were going to also be available to buy. Here’s what Pete Hines, SVP of global marketing at Bethesda, said when I asked him.

“No,” he answered. “You get them when you level up, every two levels - two, four, six, eight, ten - then after that, every five levels. You only get them as a reward for levelling up.”

I asked again if there was any way at all to purchase them, either with real or in-game currency, and he reiterated his stance. Good news all around, I say.