Evolve is doing exactly what players have been calling for since launch, and good on it. 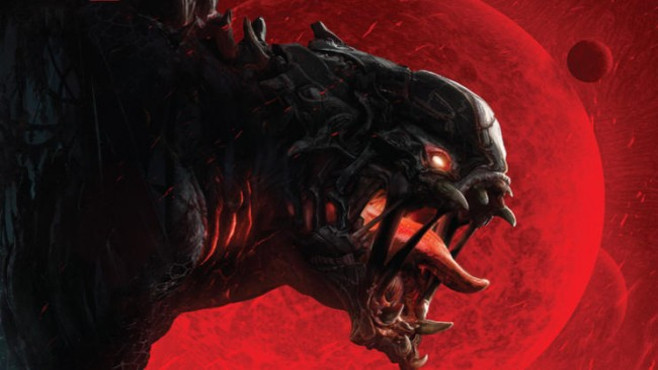 Evolve is going free-to-play on PC as of July 7, Turtle Rock has announced.

All those who purchased the game will be granted Founder status, keep all purchased add-on content and be honoured with "gifts, rewards, and special access" for as long as the shooter is in active development.

The news isn't especially surprising, as Evolve went dark on Steam earlier today, but there's a lot more to it: Turtle Rock has committed to a "vigorous overhaul" of the asymmetrical multiplayer shooter, which is going back into beta on PC while it gets a thorough going over.

Turtle Rock is planning a rework of the hunter classes to rebalance the Evolve meta, which is currently really reliant on skilled and experienced trappers and medics. Maps and the user interface will be improved, progression and tutorials will be overhauled, and there'll be more customisation options.

Under the hood, the Evolve team wants to improve general performance, load times and the wait between firing the game up and getting into the action. Additionally, Turtle Rock is "focusing" on improving stability and smacking bugs down.

Sounds good, and Turtle Rock has also committed to communicating directly and frequently with Evolve players across official social channels. To kick this off, it has published an open letter to the community on the Turtle Rock website with some very frank statements about the state of the game post launch.

"The DLC shitstorm hit full force and washed away people’s enthusiasm, dragging us further and further from that first magical pick-up-and-play experience."

"When Evolve launched, the reception wasn’t what we expected. Sure, there were some good reviews. There were also bad reviews.," the developer wrote.

"Yes, there was excitement. There was also disappointment – for players and for us. The DLC shitstorm hit full force and washed away people’s enthusiasm, dragging us further and further from that first magical pick-up-and-play experience.

"We want that magic back and we aim to make it happen."

Turtle Rock acknowledged the Evolve community's role in suggesting the shooter go free-to-play - it's something players have been saying since launch. It asked for their patience and assistance in mantling the transition, starting with trying out the new server infrastructure when the free-to-play beta build goes live tomorrow.

Major beta revisions, updates and features will be doled out over the next few weeks and months, with Turtle Rock communicating each change to the Evolve community.

"We have lived and breathed Evolve for over four years and we feel like we are just getting started," the developer concluded.

"Since launch we realized Evolve has provided people some of their most exciting gaming moments and we want to make more of those for everyone... well, everyone who is OK with being periodically murdered (brutally) by terrifying alien monsters."