EA has removed controversial in-game adverts from UFC 4 after criticism of the ads went viral earlier this week.

UFC 4, which released on August 14, sparked backlash when players started noticing ads for Amazon TV show The Boys playing at the beginning and end of replays in the game.

UFC 4 is a full-price title, and it stands to reason that players don't want to be served ads in a game they've paid a premium for in the first place. EA has noted the unanimously negative feedback and has removed ad integration from the game. 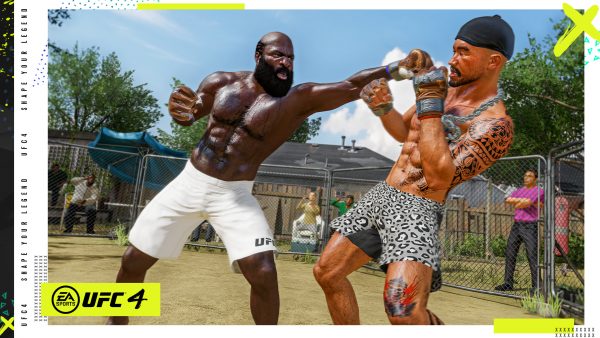 "Earlier this week, the team turned on ad placements in EA SPORTS UFC 4 that appeared during the “Replay” moments in gameplay," the publisher said in a statement to Eurogamer. "This type of advertising inventory is not new to the UFC franchise, though we have typically reserved displaying ads to specific main menu tiles or Octagon logo placement.

"It is abundantly clear from your feedback that integrating ads into the Replay and overlay experience is not welcome. The advertisements have been disabled by the team and we apologize for any disruption to gameplay that players may have experienced.

"We realize that this should have been communicated with players ahead of time and that's on us. We want to make sure our players have the best possible experience playing EA SPORTS UFC 4, so ad integration in the Replay and overlay experience will not be reappearing in the future."

EA has been experimenting with in-game ads in the UFC franchise for a little while now, but perhaps this latest controversy will dampen the publisher's enthusiasm for doing it again any time soon.