According to Techland, you will only see around half of Dying Light 2 if you play through it once.

Choice and consequence are baked into the design, moving the game into a space usually reserved for the likes of Deus Ex and Dishonored. When you make a choice, it autosaves and you have to live with the consequences. In the hands-off demo at E3, one of these consequences changes the world forever.

The mission I see has you trying to turn the water back on in one of the map’s seven regions. Your allies want to set up a meeting with the Colonel, the apparently ruthless leader of a gang called the Renegades. Unfortunately the meeting goes to shit, people get shot, and you end up chopping some heads off with a rusty meat cleaver. 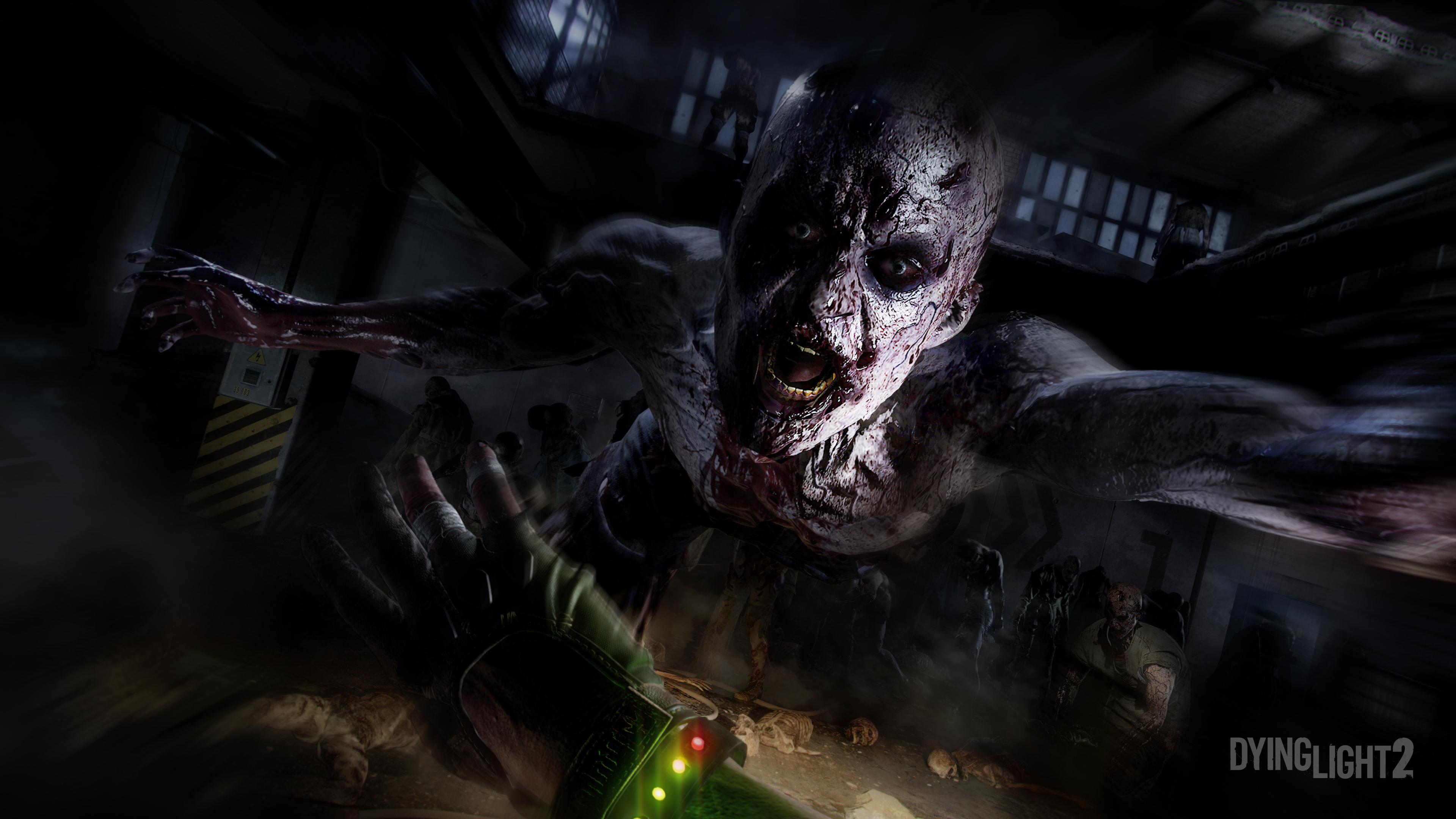 Your friend lies bleeding out on the ground and the first choice is presented - do you stay with them or chase down the van that fled the scene? In the demo, the developer takes the latter option - a good excuse to show off the new and improved parkour.

Much like Dying Light’s second area, Dying Light 2 is vertigo-inducing - full of tall buildings. You shuffle up poles, bound across rooftops, and scurry through windows. You can swing, grapple, leap, wall run, and blend all of this together to create runs that would make Mirror’s Edge blush. In one moment, our hero is faced with a deadly drop, shunts into a zombie and tumbles over the edge with them, using their meat to break their fall in a grisly thud. Shortly after, the developer soars between buildings using a paraglider. It’s fast, fluid, and I can’t wait to try it all out for myself. 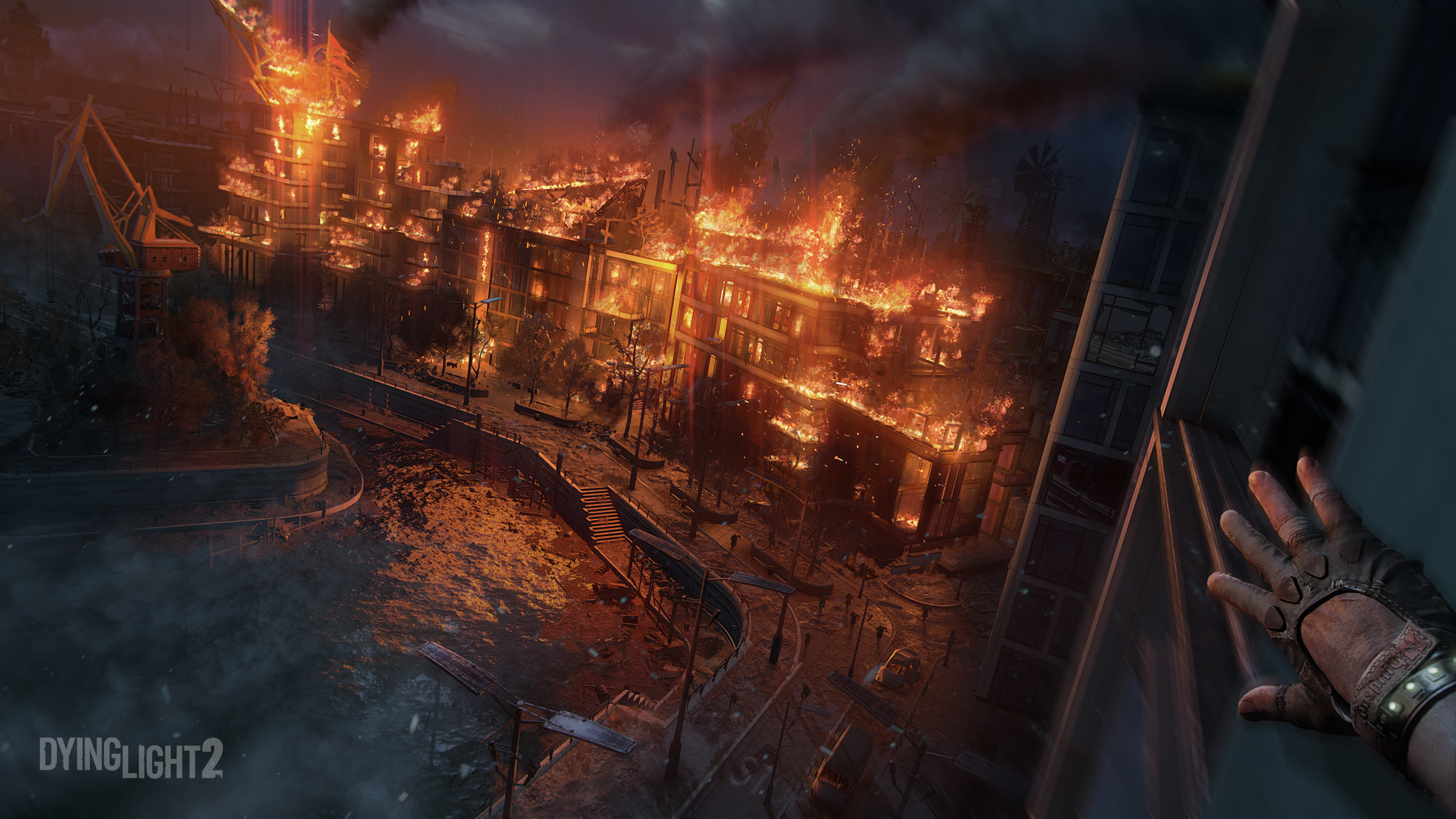 At one point during the chase, the floor of a building gives in and the developer falls into a nest. It’s pitch black, filled with fast moving zombies, and terrifying. There’s no way you can fight them all, so you just have to use your UV light to keep them at bay - a new item, the UV flare, is like a smart bomb, dispersing the undead crowd. While the developer clearly knew what he was doing, the entire thing looked frantic and stressful.

At one point, he slides under a shutter and pulls away the pipe propping it up, shutting it behind him before using it to batter a zombie in front. He then attempts to open a door, but runs out of stamina (stamina also governs your climbing) and is overwhelmed, forcing him to look for another route. He finds a moment to breathe in an elevator shaft and makes his way up.

Eventually he makes it out to the light and catches sight of the van. When he catches it, there’s another choice: kick the driver out or force him to drive you to the compound. We choose the latter and it makes getting into the base a doddle - he knows the password, you see. We’re told if you choose the other option, it plays out completely differently. Inside the base, the driver threatens to raise the alarm and you have the option to convince him or to threaten him. What you choose here will dictate whether or not you get a chance to try stealth. We do. 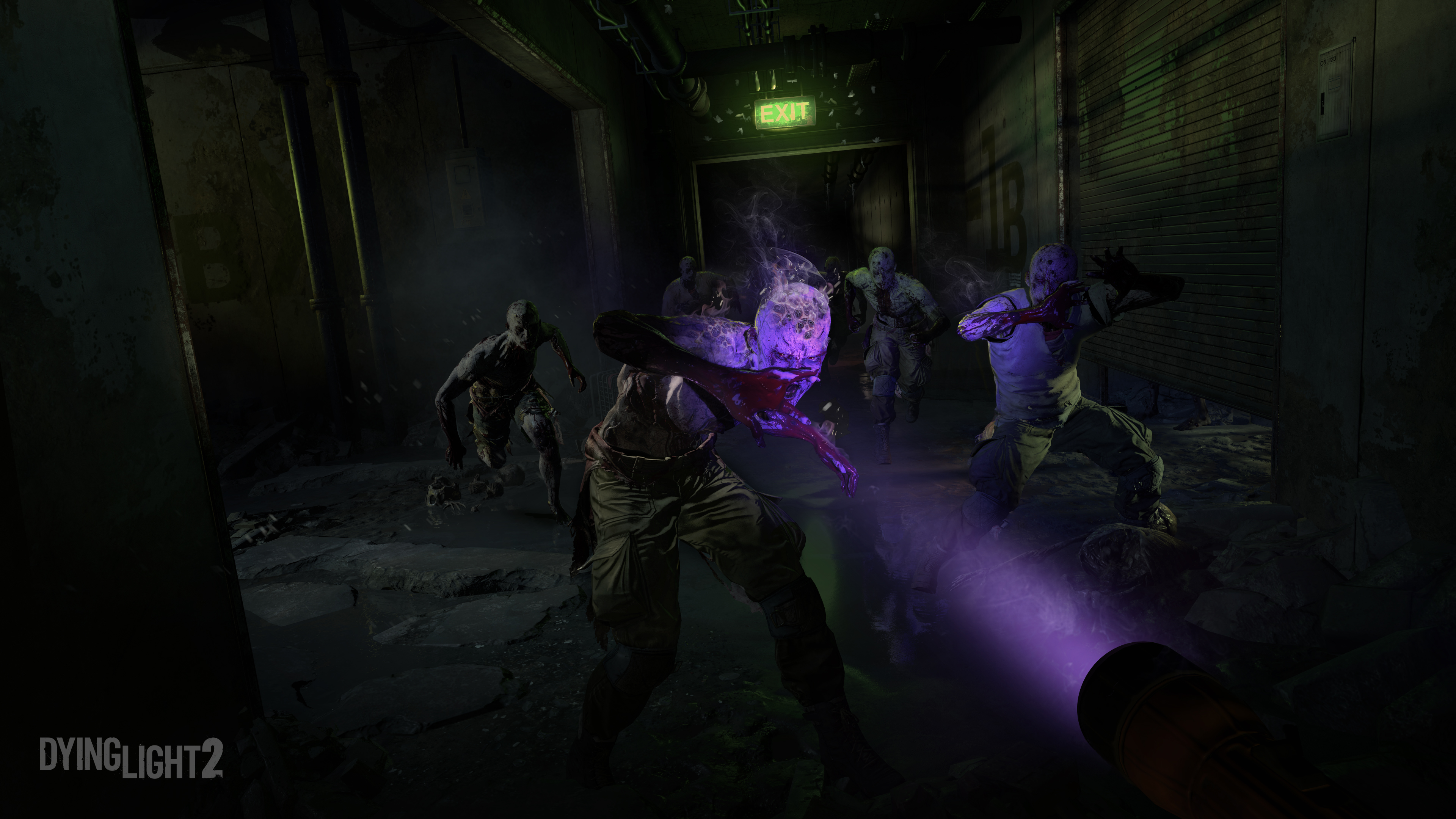 The camp isn’t how it was sold. It’s almost idyllic. Laughing children can be made out in the bustle.

I’m not sure whether or not it was the developer’s playstyle, but it seems that often avoiding encounters is the best course of action a lot of the time, taking different routes and using parkour to outrun groups of enemies, only engaging when you need to, or when you get someone on their own.

When we finally reach the Colonel, he tells us we’re being played and we’re left with the big choice: believe the Colonel and hear him out, or fight his goons and force the water pumps back on. We do the latter and it reveals an entire new section of the city, draining it out. The developers say you can completely lock this area off if you make the other choice, meaning you can only reach it by swimming down into the waterlogged houses.

It’s a brave vision for a big game, forcing players to live with such impactful choices. This is an industry where players min-max their enjoyment of games, creating save states to load up and go back, unlocking Trophies and Achievements as efficiently as possible. Dying Light 2 is the antithesis of that, and I think it will be much more personal as a result.